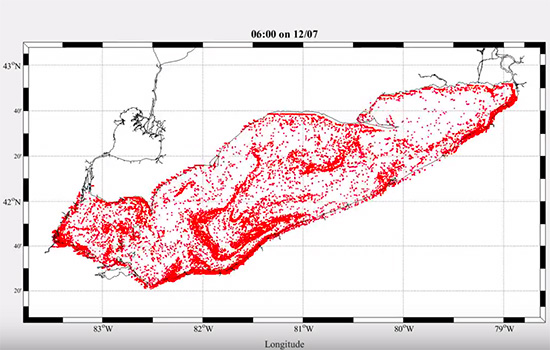 Matthew Hoffman, assistant professor in RIT’s School of Mathematical Sciences, used computer simulations to follow the volume of plastic debris moving across state and international boundaries—from Illinois to Michigan and from Canada to the United States.

A new study by Rochester Institute of Technology that inventories and tracks high concentrations of plastic in the Great Lakes could help inform cleanup efforts and target pollution prevention.

Researchers found that nearly 10,000 metric tons—or 22 million pounds—of plastic debris enter the Great Lakes every year from the United States and Canada. Matthew Hoffman, assistant professor in RIT’s School of Mathematical Sciences, is the lead author of “Inventory and transport of plastic debris in the Laurentian Great Lakes,” which will run in an upcoming issue of Marine Pollution Bulletin.

“This study is the first picture of the true scale of plastic pollution in the Great Lakes,” Hoffman said.

Hoffman used computer simulations to follow the volume of plastic debris moving across state and international boundaries—from Illinois to Michigan and from Canada to the United States.

In their study, Hoffman and co-author Eric Hittinger, assistant professor of public policy at RIT, report that half of the plastic pollution entering the Great Lakes—5,000 metrics tons per year—goes into Lake Michigan, followed by Lake Erie with 2,500 metric tons and Lake Ontario with 1,400 metric tons. Lake Huron receives 600 metric tons of plastic and Lake Superior, 32 metric tons per year.

Prior observational studies measured localized concentrations of plastic pollution in the open water, tributaries and along the shorelines. The new study applied mathematical modeling for the first time to extend the scope of the problem over time and spatial scales.

The inventory gives full mass estimates on the entire connected lake system and maps plastic debris moving between lakes and across interstate and international borders. The results provide environmentally realistic concentrations of plastic in the Great Lakes.

Plastic accounts for approximately 80 percent of the litter on the shorelines of the Great Lakes. The study quantifies dense plastic that quickly sinks and surface plastics like microbeads, fragments and pellets, plastic line and Styrofoam, which could be consumed by wildlife and potentially enter the food chain.

Major population centers are the primary sources of plastic pollution in the Great Lake system, with Chicago, Toronto, Cleveland and Detroit releasing more plastic particles than accumulate on their shorelines.

“Most of the particles from Chicago and Milwaukee end up accumulating on the eastern shores of Lake Michigan, while the particles from Detroit and Cleveland end up along the southern coast of the eastern basin of Lake Erie,” Hoffman said. “Particles released from Toronto appear to accumulate on the southern coast of Lake Ontario, including around Rochester and Sodus Bay.” 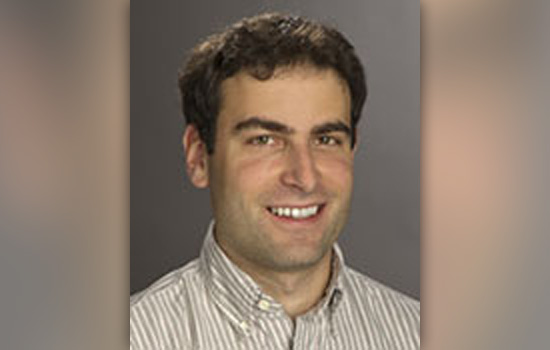