Refinancing, bond issue allow university to save millions, move ahead with priority work 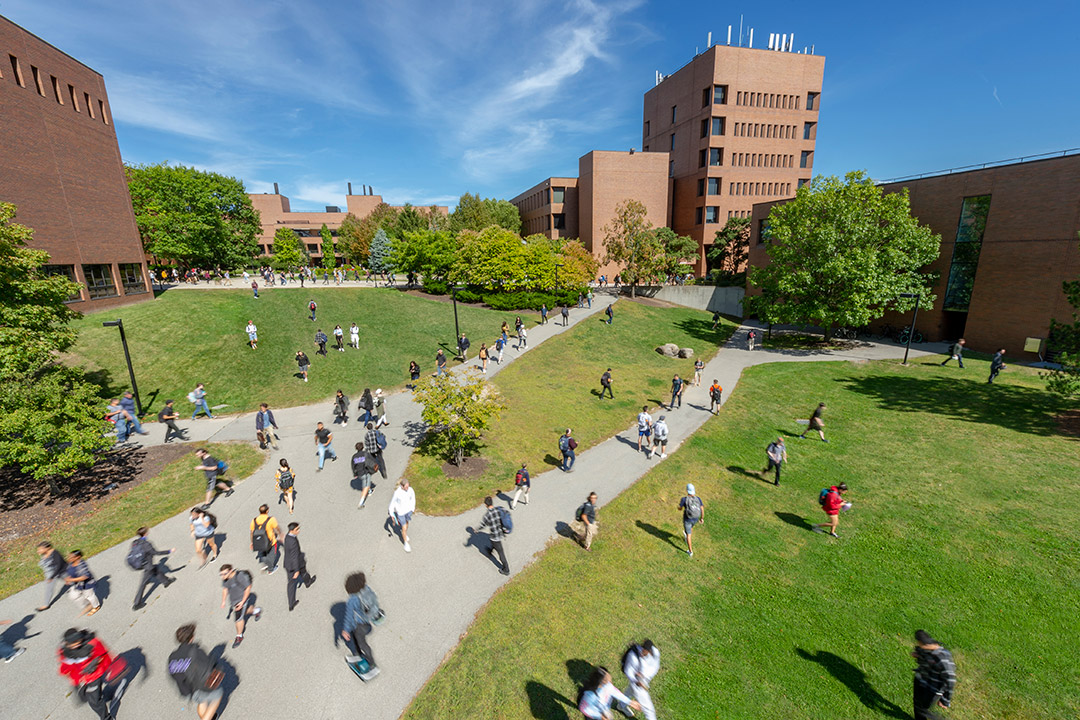 The Innovative Maker and Learning Complex, which will connect Wallace Library with the Student Alumni Union, is one of the projects that will benefit from the tax-exempt bond proceeds.

Rochester Institute of Technology has financed $346.2 million in bonds, allowing the university to save money by refinancing two prior bond issues at lower interest rates, as well as fund work on several campus priority projects.

Approximately $150 million in tax-exempt bond proceeds — financed through the state — will go toward the new projects, including construction of the Innovative Maker and Learning Complex, a new student musical theater, renovation of student housing and a new athletic stadium complex.

“This action is part of a long-term plan, endorsed by the Board of Trustees, to move RIT forward combining strategic financial planning with fundraising through the $1 billion Transforming RIT campaign,” said RIT President David Munson. “We appreciate the opportunity that the state and Gov. Cuomo have made available to us with this financing. This new bond issue allows refinancing that will produce millions in savings due to near historic low interest rates, while also giving us capital to begin many exciting, transformative projects that will enhance the campus and provide construction jobs in the region.”

The financing was done through the Dormitory Authority of the State of New York (DASNY), the state’s capital project development authority that finances, designs and constructs projects for science, health and education institutions to help drive the state’s economy.

“Over my 20 years at RIT, and having completed numerous issues, I will say that this was the most professionally managed and client-focused process to date,” said James Watters, RIT’s senior vice president of finance and administration. “DASNY has built on its legacy and it just keeps getting better.”

High on RIT’s list is creation of what’s unofficially being called the Innovative Maker and Learning Complex. The complex, made possible in part by $17.5 million from the record $50 million donation from Trustee Austin McChord, will have more than 150,000 square feet of space. Located on the grassy slope overlooking the south side of campus, it will connect the Student Alumni Union with the Wallace Library and create a new nexus point on campus, where arts and technology converge freely. An architecture firm has been hired, and the project is in early design stages, with a slated opening in Fall 2022. Construction costs will exceed $100 million, requiring significant additional funding for what will be the largest undertaking since building the Henrietta campus, which opened in 1968.

Proceeds from the issuance will also be used to help pay for integral additions on campus such as:

RIT will be seeking additional donors to complete funding for these strategic priority projects.