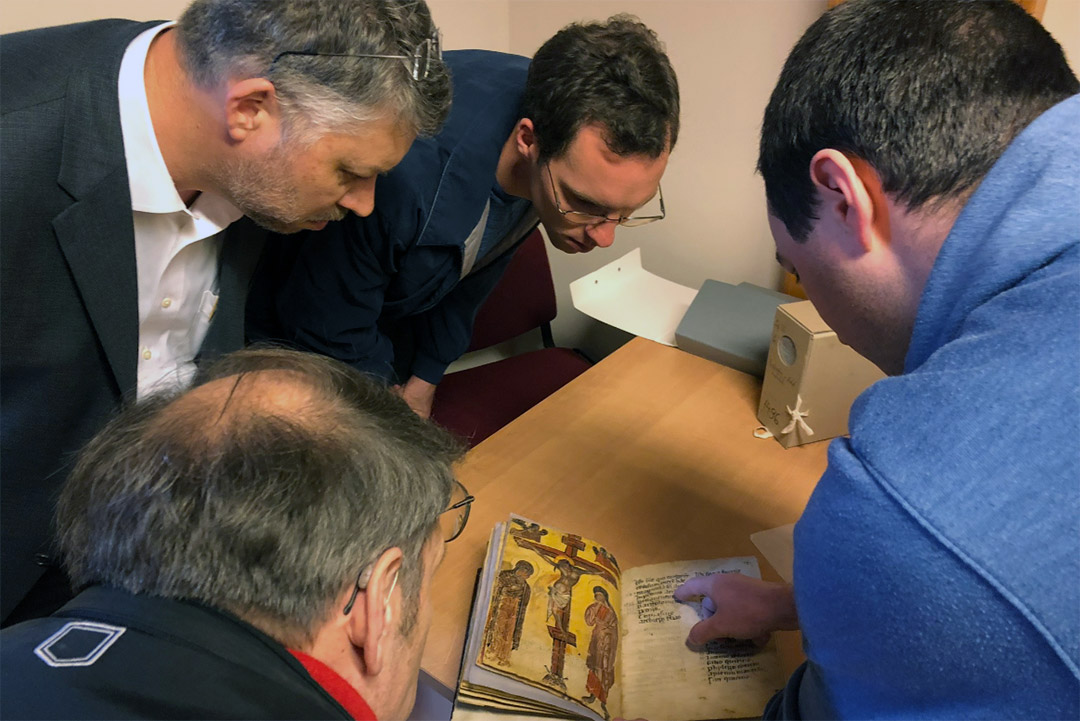 Scientists from Rochester Institute of Technology are developing affordable imaging systems to help libraries and museums preserve and expand access to their historical collections. The project, funded by a grant from the National Endowment for the Humanities, aims to create a low-cost spectral imaging system and software that can be used to recover obscured and illegible text on historical documents.

Spectral imaging—the process of collecting images of objects in many wavelengths of light—can be an effective way of revealing faded text that is undetectable to the human eye on documents that are hundreds of years old. However, existing systems are expensive and require expertise in image processing, which makes them unaffordable and impractical for most special collections. David Messinger, director of the Chester F. Carlson Center for Imaging Science and principal investigator of the grant, said his team is excited to develop a practical solution that puts imaging capability in the hands of curators, archivists and librarians so they can get more out of their collections.

“By the end of this project, we hope we can propagate a lot more of these systems around the globe,” said Messinger. “It’s currently a very niche market and the barriers to entry for existing systems are so high that when you talk to people, they think there’s no way we can take that on. Our system will be much more user-friendly.”

The team is currently designing the system and hopes to have a working prototype by the end of the winter. Next summer, they plan to train students in RIT’s museum studies program on how to use the system and have them field test it at several sites. They will then use those field tests to make further improvements. The project is slated to run through February 2023.