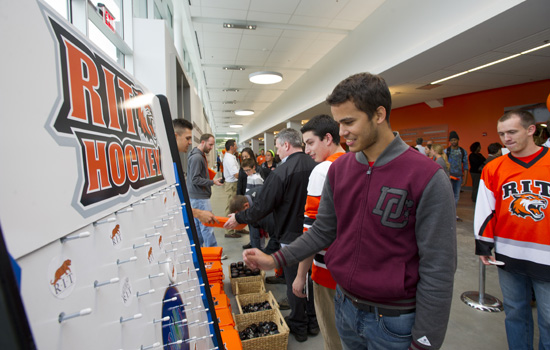 Amidst the blaring trumpets of RIT’s Pep Band and resounding chants from the Corner Crew, hundreds of Tiger hockey fans were treated to their first look inside the Gene Polisseni Center at the official grand opening on Thursday.

“When you first walk in, you’re just wowed by it all,” said Carin Heckman ’05 (information technology).

RIT students, faculty, staff, alumni and donors—along with youth hockey players and other members of the Rochester community—also felt that “wow factor,” which was evident in the cheers heard during and after the ceremonial dedication. Fans were able to explore the arena through a one-of-a-kind, interactive experience including carnival games and complimentary concessions, self-guided tours, photo ops with Ritchie the mascot and ice time with the men’s and women’s hockey teams during an open skate session.

They shared their first impressions of the arena: 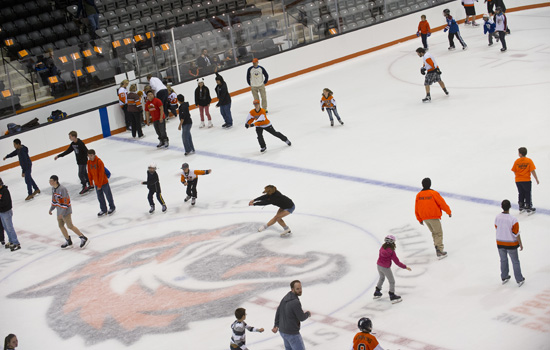 Fans were able to explore the Gene Polisseni Center during the dedication festivities and could skate with the men’s and women’s hockey teams. A. Sue Weisler