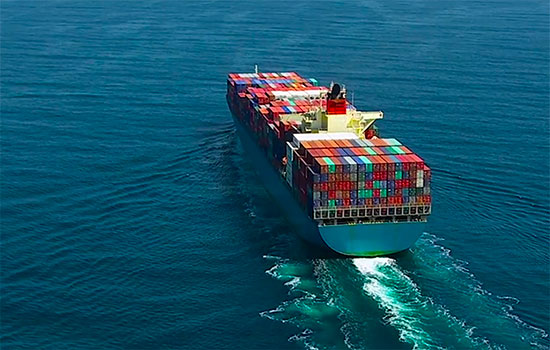 James Winebrake, dean of RITâ€™s College of Liberal Arts and an expert on the environmental impact of transportation, is among a team of experts who are applauding the shipping industryâ€™s decision to burn cleaner oil beginning in 2020.

James Winebrake, dean of Rochester Institute of Technology’s College of Liberal Arts and an expert on the environmental impact of transportation, is among a team of experts who are applauding the shipping industry’s decision to burn cleaner oil beginning in 2020.

Their study, published in Nature Communications, finds that cleaner shipping fuels will result in a 3.6 percent reduction of childhood asthma globally. But cleaner air will also mean fewer clouds will form, and the Earth’s climate may experience a temperature increase as a consequence.

The regulation for ships to use fuel containing about 85 percent less sulfur, by the International Maritime Organization, is the most significant improvement in global fuel standards for the shipping industry in 100 years and is intended to achieve significant health benefits on a global scale.

Winebrake worked with an international team of researchers on this study. They evaluated the impacts of sulfur emitted by ships using current marine fuels, which produce air pollution particles that are small enough to be breathed into the lungs and are considered harmful to human health.

“Our results show that these regulations are improvements but that additional health benefits could be achieved with even cleaner-burning fuel in ships,” Winebrake said.

The effects of air pollution from ships are greatest in areas where heavily travelled ship routes exist in, and next to, densely populated communities. Some key regions include China, Singapore, Panama, Brazil and coastlines of Asia, Africa and South America.

“Essentially, we document how much health benefit to expect from the 2020 adoption of cleaner ship fuels,” said James Corbett, professor of marine science and policy at the University of Delaware and a co-author of the paper.

Roughly 14 million annual cases of childhood asthma are estimated to be related to global ship pollution using current fuels. The change to cleaner ship fuels will reduce the ship-related childhood asthma cases by half. Additionally, shipping pollution is estimated to contribute to 400,000 premature deaths from lung cancer and cardiovascular disease annually. Using health risk estimates for ships comparable with the World Health Organization totals, ships account for about 3 to 4 percent of global lung cancer and cardiovascular deaths caused by air pollution. About one-third of these ship-related cardiovascular disease and lung cancer deaths will be reduced with cleaner fuels.

Researchers used a state-of-the-art model of ship traffic based on satellite records to determine where ship activity was producing emissions and adjusted to account for expected vessel emission growth rates by the year 2020. They used another high-resolution model to see how ship emissions would mix and chemically transform in the atmosphere, how they disperse and how they contribute to air quality where people live.

To compute how additional pollution from ships increases risk of disease for exposed populations, especially those living in coastal communities or along major shipping lanes and far inland in some nations like India, the team incorporated important underlying health information from the World Health Organization and Global Asthma Network.

The new IMO rule will decrease the allowable amount of sulfur in fuel oil from 3.5 percent to 0.5 percent, a reduction from 35,000 to 5,000 parts per million. Refining industries will invest in the necessary technology to produce, and shipping will invest to adapt engine systems to use, these cleaner fuels. These costs will be borne by consumers in the prices of goods they buy. Corbett believes that improved global health is worth the investment.

“Cleaner ships fuels help people who don’t have an economic role in the pollution they are suffering, some in places that aren’t engaged in trade at all, as well as communities located along major shipping lanes,” said Corbett, an expert on environmental policy and global shipping.

While the health benefits are clear, the research also quantifies tradeoffs in terms of climate.

Think of this warming effect like a pot of water boiling on the stove. Adding ice cubes to the boiling water can slow how quickly the water heats up, but it does not stop the heating itself. It’s the same with sulfur in the atmosphere.

So what happens when ships emit less sulfur and warming from greenhouse gases is no longer offset?

“The use of cleaner ship fuels will increase the rate of global warming by about 3 percent,” said Mikhail Sofiev, a senior scientist with the Finnish Meteorological Institute and another co-author of the paper. “This means more attention may be needed to reduce greenhouse gases across all sectors of the global economy.”

At the same time, shipping activity is expected to increase with global trade and continue to produce harmful air emissions and greenhouse gases. Despite the upcoming reductions, low-sulfur marine fuels will still account for approximately 250,000 deaths and 6.4 million childhood asthma cases annually, so more stringent standards beyond 2020 may be needed to provide additional health benefits.

This study was funded in part by ClimateWorks Foundation, the Academy of Finland, with in-kind support from the Finnish Meteorological Institute and Energy and Environmental Research Associates LLC. 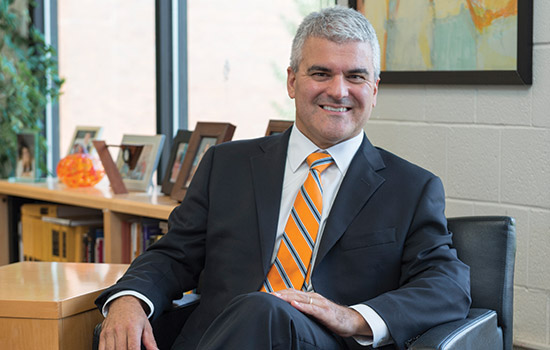 James Winebrake, dean of RITâ€™s College of Liberal Arts and an expert on the environmental impact of transportation, is among a team of experts who are applauding the shipping industryâ€™s decision to burn cleaner oil beginning in 2020. Elizabeth Lamark