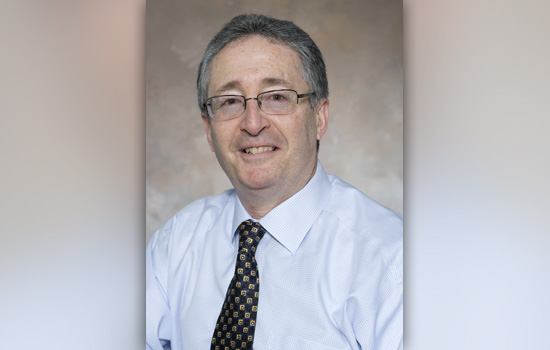 Rochester Institute of Technology’s School of Physics and Astronomy has been recognized by the American Physical Society for transforming how physics is taught to undergraduate students.

RIT’s programmatic innovations and contributions to physics pedagogy have led to a thriving physics program. The number of physics majors at the university has more than tripled from 41 in 2000 to around 125–140 students during the last five years, said Michael Kotlarchyk, head of RIT’s School of Physics and Astronomy.

The Learning Assistant Program in RIT’s College of Science further enhances the TeamPhysics approach. The program pairs upper-level students with professor-mentors and provides teaching experience and curriculum development in activity-based introductory classes, such as University- and College Physics courses. The Learning Assistant Program is a vehicle for attracting physics majors to careers in secondary education and reflects another level of training adopted by the School of Physics and Astronomy.

“RIT physics has taken a lead role in the discipline-based education research community, hiring a number of faculty who study student learning and develop curricula founded on principles of research-based pedagogy,” Kotlarchyk said.

RIT’s physics program has added new classes, such as Quantum Optics and Introduction to Special Relativity, physics and astronomy minors and five-year dual degrees. The comprehensive oral exam required for all second-year physics majors was reassessed and a yearlong senior capstone project was implemented.

“Our faculty have mentored 94 individualized capstone projects to date,” Kotlarchyk said. “This entails a substantial commitment by faculty and a worthwhile investment in financial resources. We see this effort as probably the biggest difference maker in our program, with clear benefits in terms of student engagement and their placement in both the workforce and graduate school.”

RIT’s School of Physics and Astronomy also received national attention last year when the American Physical Society named 2013 graduate Hao Shi one of two recipients of the LeRoy Apker Award, the premier national award for outstanding achievement in physics by an undergraduate student in the United States. The honor recognized his undergraduate research in theoretical quantum and optical physics.