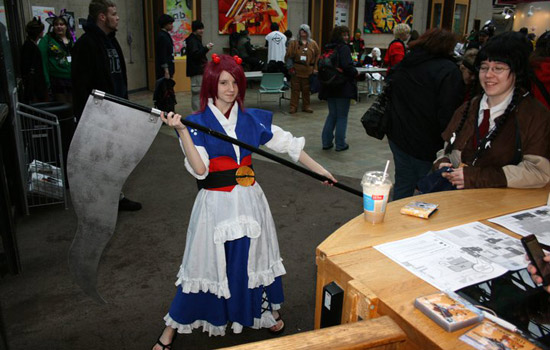 The Cosplay Contest is a major event at the annual Tora-Con at RIT.

Dressed in costume and ready to celebrate, an expected 3,000 people will take part in the 10th annual Tora-Con March 8–9 at Rochester Institute of Technology.

The annual convention gathers fans of anime, manga, Japanese culture, sci-fi and fantasy for a weekend of panels, performances, concerts, dances, contests and meet-ups. The event runs from 9 a.m. to midnight March 8 and from 9 a.m. to 6 p.m. March 9. Admission is $30 for both days—$20 for Saturday only and $15 for Sunday only.

Tora-Con started as a fundraiser for the RIT Anime Club and was mainly focused around the Cosplay Contest, in which participants get creative and dress up as their favorite characters. Last year, more than 2,500 people attended the convention, which has grown to feature multiple events including a Vocaloid concert—an animated projection that sings on stage using synthesizer software.

“It’s a great event to have fun, meet people, take a break from everyday stresses and be yourself,” said Jan Dvorak, a fourth-year new media interactive development major and Tora-Con chair. “If you like anime you are going to have a blast, and if not, you are going to find a lot of other awesome things to do and watch.”

Events for the convention include the Animated Music Video Contest, a Cosplay Chess Game play, a Vocaloid concert, the Cosplay dating game and a dance on Saturday evening. Special guests scheduled to appear include the Symphony Anime Orchestra, comedian Uncle Yo and several famous voice actors.

“Most of the people who come to Tora-Con are actually not affiliated with RIT at all,” said Dvorak, who is originally for Prague, Czech Republic. “We have anime lovers from all across Upstate New York and some from as far as Texas.”

Tora-Con, which gets its name from the Japanese word for tiger, will celebrate its 10th anniversary with a memory wall, a birthday party and other special events. Participants can register in person starting at 8 a.m. both days. This year the convention is limited to 3,000 people.

For a complete list of Tora-Con 2014 events, guests and rules, go to toracon.rit.edu. 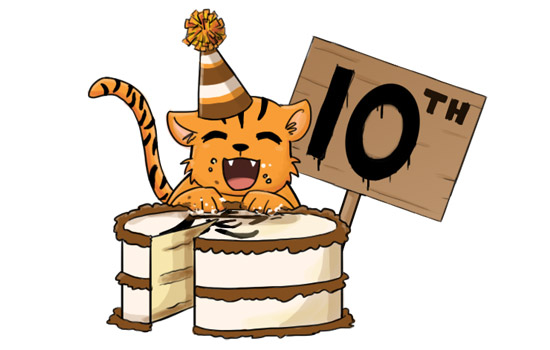