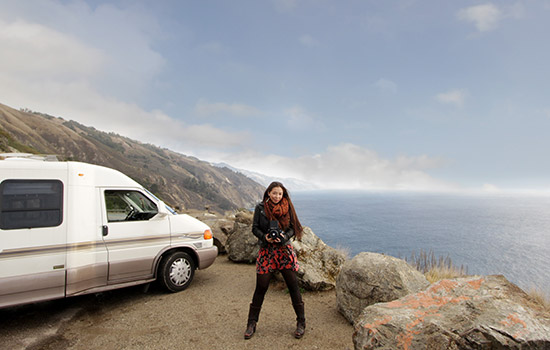 Matika Wilbur, whose Project 562 aims to engage and photograph all 562 Native American sovereign territories in the United States, will deliver the keynote address on Nov. 30 as part of RIT’s Native American Heritage Month celebrations.

Renowned photographer Matika Wilbur (Swinomish and Tulalip) will headline a series of events planned by Rochester Institute of Technology’s Native American Future Stewards Program to celebrate Native American Heritage Month (NAHM). Wilbur has earned national attention for Project 562, her mission to visit, engage and photograph more than 562 Native American sovereign territories in the United States. At present, there are 567 federally recognized Native American nations. She will deliver a keynote address at 4 p.m. Thursday, Nov. 30, at the University Gallery inside Booth Hall.

“Makita Wilbur will be a wonderful keynote speaker for NAHM because she can make you laugh within the first five minutes to get you comfortable and then she will hit you with information and you will try to keep the tears from coming,” said Nicole Scott (Navajo), co-director of the Native American Future Stewards Program. “She is a perfect representation of who we are as Native people even though we are all different. She takes people’s stories and she shares them with you in a powerful way that makes you feel like you know the people in her images. I’m excited for the RIT community to hear her speak, especially people who aren’t familiar with Native American communities and the struggles we are still facing. There is so much within her talk that I think we all need to hear.”

Other NAHM celebrations include:

All events are free to attend and ASL interpreters have been requested. The NAHM series of events is sponsored by RIT’s Native American Future Stewards Program, the Division for Diversity and Inclusion, the Center for Campus Life, NTID, the College of Imaging Arts and Sciences, RIT Global, RIT American Indian Science & Engineering Society, RIT Native American Student Association and the RIT ALANA Collegiate Association. More information can be found at the RIT Native American Future Stewards Program Facebook page.