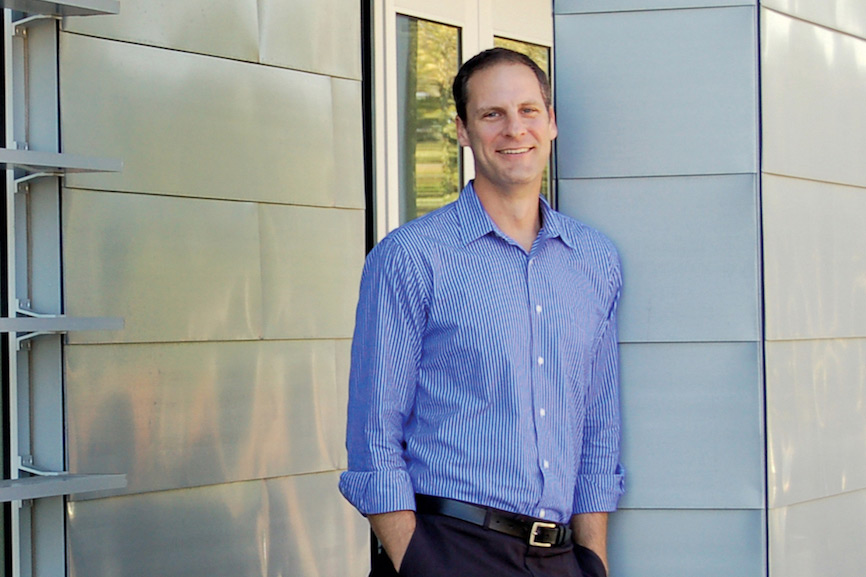 Courtesy of the University of New Haven

Currently the campus dean of the University of New Haven’s Lyme Academy College of Fine Arts in Connecticut, Jokl has served as a teacher and academic administrator for nearly two decades. Prior to his appointment at Lyme, he was a faculty member as well as chair of the Department of Art and Design and an assistant dean in the College of Arts and Sciences at the University of New Haven.

“Todd brings to RIT deep academic experience combined with an engaging spirit and enthusiasm for driving multidisciplinary initiatives across a university,” Granberg said. “I look forward to working with him and to continue to advance the College of Art and Design as RIT’s creative hub.”

Jokl said there were many factors that attracted him to RIT.

“The College of Art and Design is metaphorically and physically at the center of the RIT campus, providing a wonderful opportunity for the college to serve as a creative catalyst across all corners of the university,” he said. “Along with the dynamic programs, faculty and students within the college, I’m also excited by the connection between creative disciplines with academic programs throughout RIT, and I am looking forward to elevating these collaborations even further.”

Jokl holds a bachelor’s degree from Yale University, a Master of Fine Arts from the University of Connecticut, and a doctorate in education from Southern Connecticut State University. He also completed the Institute for Management and Leadership in Education program at Harvard University’s Graduate School of Education.

An avid photographer, he continues to produce his own photographic work, particularly focusing on large format, industrial landscapes. He has exhibited his work nationally and lectured widely on topics such as the evolution of perception and time in relation to arts and photography.

Professionally, Jokl worked in advertising and marketing in San Francisco, including with brands such as Dell Computers, Sprint Telecommunications and Sun Microsystems.

He began teaching at the University of New Haven in 2003. At the university, he served in roles of assistant dean of the College of Arts and Sciences and as chair of the Department of Art and Design before he was named to his current position at Lyme.

Jokl has been active both in the New Haven community and within the broader field of arts, creativity and industry for years. He currently serves on the Board of Directors for the Arts Council for Greater New Haven and The Global Institute for Arts and Leadership. He served previously on the Visual Arts Committee at Arts Space New Haven and also as a member of the Woodbridge Board of Education. In addition, he coordinated the City of New Haven’s “Percent for the Arts” program that commissioned artist works for state and municipal-funded building projects in greater New Haven.

The new RIT dean said community involvement is very important to him.

“I take my relationship with the community very seriously,” Jokl said. “My family and I are eager to move to the Rochester area. The people at this university and the feel of the RIT campus and the broader Rochester community are very inviting and exciting for us. I look forward to helping lead the College of Art and Design in high-impact areas that will make a difference in the Rochester community and around the world.”

Jokl succeeds Robin Cass, who was appointed interim dean of the College of Art and Design in 2017. Granberg credited Cass for her time as acting dean, and said Cass will remain at RIT in a role to be announced at a future date.

“I’d like to thank Robin for her commitment to the college’s mission and her ideas advancing the college during her time as interim dean,” Granberg said. “Robin has had a positive impact on the college and the university, and I am very grateful for her service.”