RIT opens its doors to a new class of Tigers 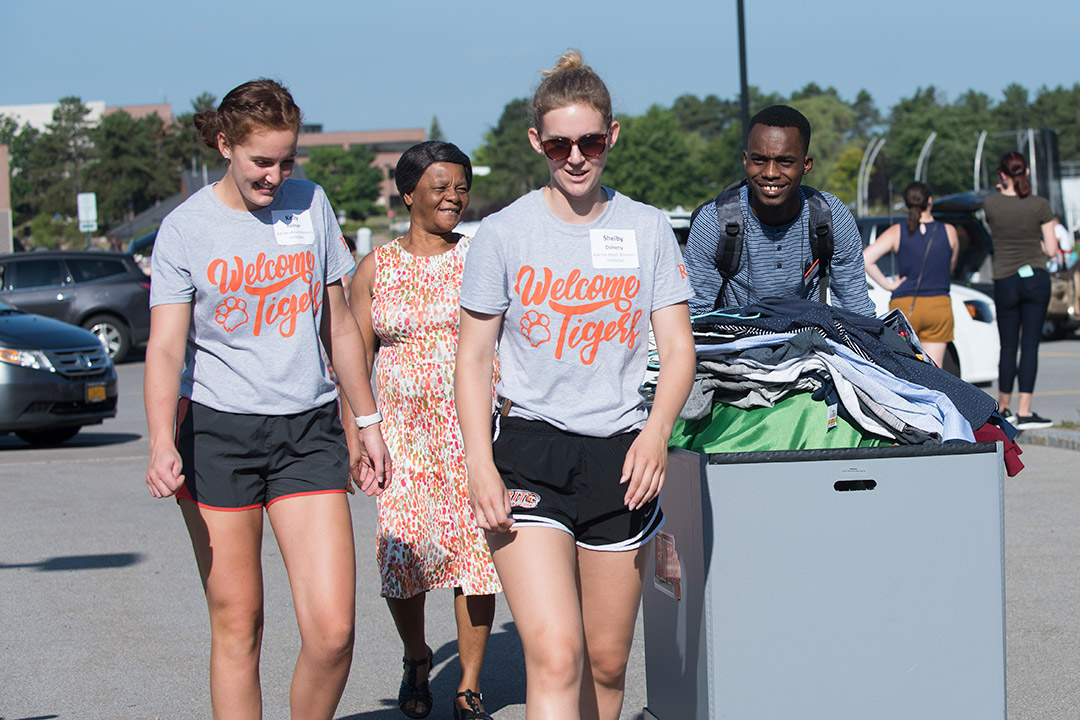 Thomas Hargrave Jr. drove to Rochester last night from his home in Corning, N.Y., so his daughter, Megan Hargrave, an environmental sciences major at Rochester Institute of Technology, could move into her residence hall at 7 a.m. today.

“I hope she does all right,” the proud father said. “She’s never been away from home before other than two or three days. But she’s ready.”

More than 4,300 first-year, transfer and graduate students were expected and were greeted by more than 200 RIT student orientation leaders who helped families unload cars, put belongings in carts and wheel them to their rooms.

“We’re all about helping new RIT Tigers and their families,” said Eric Pope, associate director for New Student Orientation at a morning pep rally just prior to move-in. “You’re going to show students what it means to be an RIT Tiger.”

The freshmen are the most academically qualified class RIT has had, with an average SAT score exceeding 1300 for the second year in a row. Fifty-two of the undergraduates ranked first in their high school graduating class.

The undergraduates are coming from 47 states; Washington, D.C.; Puerto Rico; the U.S. Virgin Islands; and 42 countries.

New graduate students are coming from 53 countries – the most outside the U.S. coming from India, China, Saudi Arabia, Nigeria and Taiwan.

A record number of incoming Ph.D. students – 90 of them – were also expected this year.