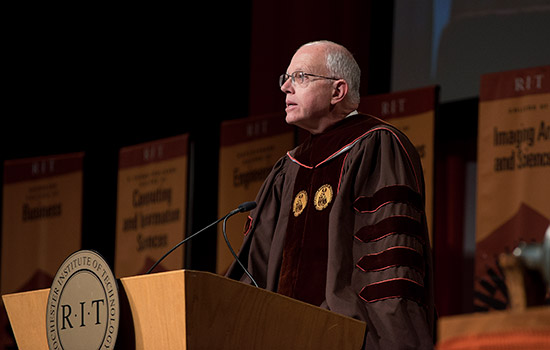 The inauguration of President David Munson as Rochester Institute of Technology’s 10th president will take place Sept. 28. For more information on the inauguration and to watch the live stream at 3 p.m., go to rit.edu/president/inauguration/overview.

What: Inauguration of David Munson as RIT’s 10th president

Where: Gordon Field House and Activities Center on the RIT campus

Who: Open to the entire RIT community

RIT Quote: “With his terrific leadership experience at the University of Michigan and his success as a faculty member and as an entrepreneur, Dr. Munson is a perfect fit for RIT,” said Jeremy Haefner, RIT provost and senior vice president for academic affairs. “I look forward to working with him as we enter an exciting new era for the university.”