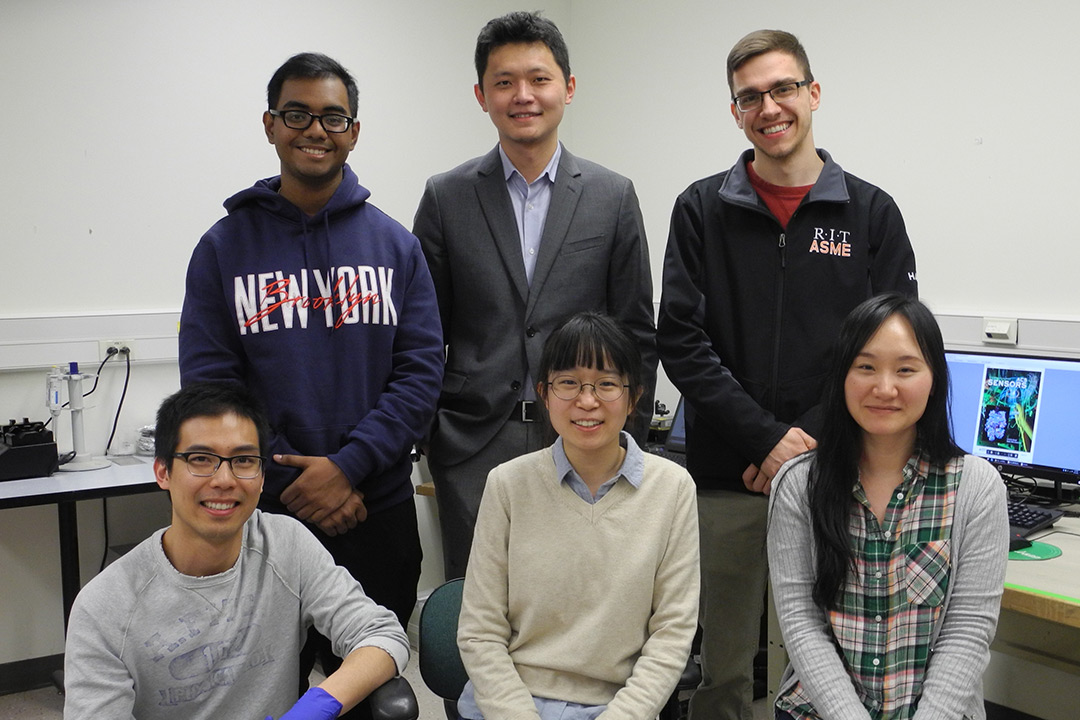 A faculty-researcher at Rochester Institute of technology has developed a prototype micro device with bio-sensors that can detect the deadly Ebola virus. With this type of device, those infected can be treated earlier, and the early detection process can potentially decrease the spread of infections.

Ke Du, a faculty-researcher in RIT’s Kate Gleason College of Engineering, developed a microfluidic device that utilizes CRISPR gene-editing technology to monitor and detect the nucleic acid markers that indicate Ebola virus. The virus is highly contagious and there is limited treatment once an individual has been diagnosed, he said. There are several prominent strains of Ebola, and his research team has focused on the EBOV strain, which has a high mortality rate.

“If an individual travels from one infected community to another, they can easily spread the epidemic. That is why before any symptoms of Ebola, such as cough or fever present, individuals can take a blood test before being allowed to travel,” said Du, an assistant professor of mechanical engineering. He leads a multidisciplinary team of engineers and biochemists developing a rapid point-of care system and biochemistry array for in-field pathogen diagnosis. According to early results, the team has found that the Ebola RNA in test environments can be detected within five minutes by combining automated sample processing, fluorescence sensing and a unique CRISPR-Cas13a assay originated from a bacterial adaptive immune system.

The microfluidic device is an automated and small chip with a highly sensitive fluorescence sensing unit embedded into the device. Physicians take patient samples and add them into the device where Ebola RNA can be seen by activating the CRISPR mechanism. Du is also developing a device that could detect multiple virus strains from Ebola to influenza and zika, for example. 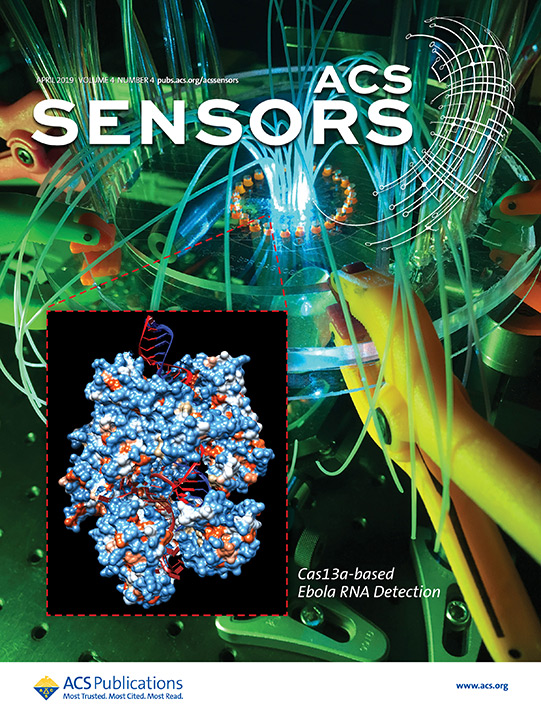 “For this work, we are trying to develop a low-cost device that is easy to use especially for medical personnel working in developing countries or areas where there are outbreaks. They’d be able to bring hundreds of these devices with them for testing, not just one virus or bacteria at one time, but many different kinds,” he explained.

Researchers have tried for the past 40 years to develop an effective Ebola vaccine. Early detection remains an important strategy for controlling outbreaks, the most recent in the Congo, where more than 1,000 individuals have died, according to the Centers for Disease Control.

“If you look at this like influenza, and people don’t look at it as a virus which also can kill people each year. Some strains may not be as deadly as Ebola, but we know that infectious diseases, regardless of the type, are problems that can threaten the public,” Du said. “I grew up in China and experienced the 2002-2004 SARS outbreak. I have seen many people lose their relatives and friends because of infectious diseases. If we can have early detection systems to help screen for all types of diseases and patterns, this can be very useful because it can provide information to medical doctors and microbiologists to help develop the vaccines, and early detection and identification can control and even prevent outbreaks.”