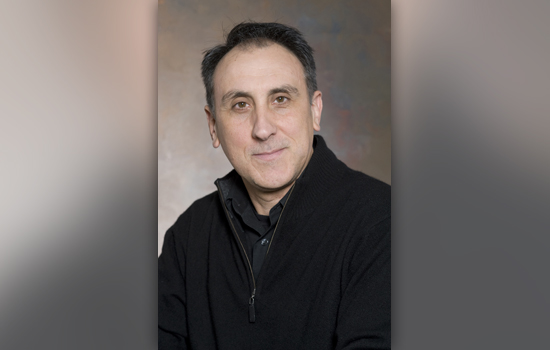 When black holes tango, one massive partner spins head over heels (or in this case heels over head) until the merger is complete, said researchers at Rochester Institute of Technology in a paper published in Physical Review Letters.

This spin dynamic may affect the growth of black holes surrounded by accretion disks and alter galactic and supermassive binary black holes, leading to observational effects, according to RIT scientists Carlos Lousto and James Healy.

The authors of the study will present their findings at the American Physical Society meeting in Baltimore on April 14 and celebration of the Centennial of General Relativity.

Lousto and Healy, postdoctoral researcher at RIT, use sophisticated numerical techniques to solve Einstein’s equations of gravity and simulate black hole interactions on supercomputers. The specialized field known as numerical relativity grew from the general theory of relativity, first published in November 1915.

“We study binary spinning black holes to display the long-term individual spin dynamics,” said Lousto, professor in RIT’s School of Mathematical Sciences and a member of the Center for Computational Relativity and Gravitation.

In their paper, “Flip-flopping binary black holes,” Lousto and Healy numerically simulated equal-mass black holes and studied the individual alignment and direction of spin as the black holes approached merger. The binary black holes flirted for nearly 48 orbits, three precession cycles, and half of a flip-flop cycle.

“Lousto and Healy’s simulation is one of the longest ever attempted for spinning black hole binaries,” said Pedro Marronetti, National Science Foundation physics division program director. “Their results and potential observational effects will impact research in a wide range of areas, from gravitational physics to galactic evolution and cosmology.”

Key to their findings is that one black hole in the simulation totally changes the orientation of its spin. Its initial alignment with the orbital angular momentum changes to a complete anti-alignment after half of a flip-flop cycle, Lousto said.

The researchers compared this evolution with post-Newtonian equations of motion and spin evolution and deciphered maximum flip-flop angles and frequencies.

“We show that this process continuously flip-flops the spin during the lifetime of the binary until merger,” Lousto said.

Lousto and Healy visualized the black holes’ flip-flopping tango in a short animation. The mini-movie, produced at the Black Hole Lab in RIT’s Center for Computational Relativity and Gravitation, is set to Invierno Porteño by Argentine tango composer Ástor Piazzolla.

To watch a brief video about the Center for Computational Relativity at RIT, go to http://bit.ly/RITCCRG.