Event—hosted by The Strong—surprised winning entrants with $50,000 in prize money 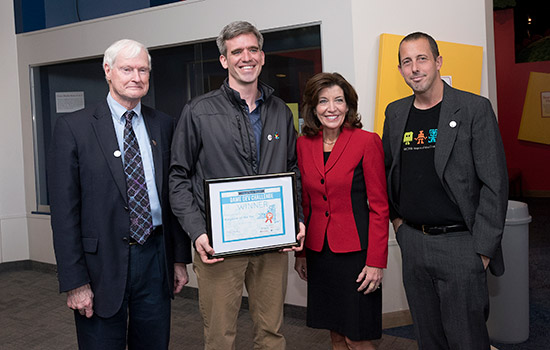 Rochester Institute of Technology’s Center for Media, Arts, Games, Interaction and Creativity (MAGIC) announced the winners of the first-ever New York State Game Development Challenge at an event on May 8, at The Strong in Rochester, N.Y.

The challenge, which began March 10 and ended April 24, gathered game ideas from students enrolled in New York state colleges and universities and independent developers residing within the state, with an eventual goal of bringing some of these games to production.

“I am beyond thrilled with the response that we received for this challenge,” said Robert Mostyn, New York State Game Challenge administrator and Digital Games HUB Coordinator at RIT. “The quality and amount of submissions that we received reaffirms that fact that New York state has an enormous amount of talent and that we are producing incredible games.”

“The inaugural New York State Game Dev Challenge highlights RIT’s emerging role as a digital media hub,” said Hochul. “Through the MAGIC Spell Studios and in partnership with the Strong Museum, RIT is positioning New York to compete globally in a $100 billion industry, creating new jobs and opportunities. I congratulate today’s winners and their participating schools, NYU and RPI, and look forward to seeing the next generation of games begin right here in New York state.”

Empire State Development President, CEO and Commissioner Howard Zemsky said, “Some of the digital gaming industry’s most talented and creative minds call New York state home. With efforts like our Digital Gaming Hubs, which are encouraging students and independent developers to design and produce new, innovative digital games, and the Game Dev Challenge, we are further bolstering the state’s growing role this industry.”

“It was a ton of fun to review all the submissions,” said Nathanielsz. “The range of innovative ideas among the entries was impressive. Both the student and the independent studio work showed the breadth of talent and creativity that is out there working on the game ideas of the future. There were some bright stars among the submissions, and I can’t wait to see how they evolve and mature over the coming years to release experiences that will push our industry forward.” 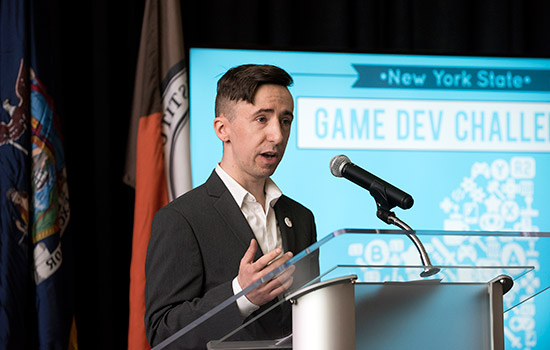 Robert Mostyn, RIT’s Digital Games Hub Coordinator, presented the winners of the Game Dev Challenge on May 8. A. Sue Weisler 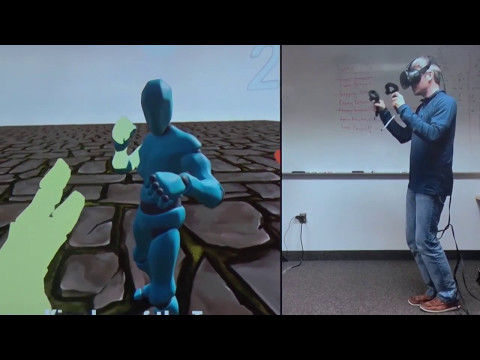