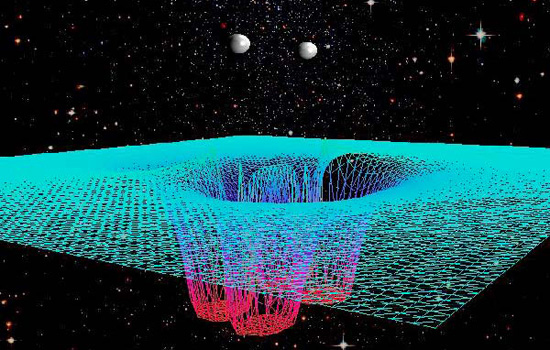 Research conducted by Rochester Institute of Technology scientists was integral to the breakthrough detection of gravitational waves from binary black holes that was announced today by the Laser Interferometer Gravitational-wave Observatory (LIGO) Scientific Collaboration.

The collaboration’s findings confirm the existence of gravitational waves predicted by Albert Einstein’s 1915 general theory of relativity and introduce a revolutionary new way of understanding the universe through gravitational wave astronomy. Six Rochester Institute of Technology researchers are among the authors on the upcoming paper in Physical Review Letters.

Based on this milestone work from a decade ago, RIT researchers at the center, Carlos Lousto and James Healy, numerically modeled the merger of a pair of black holes and simulated gravitational waveforms. The actual wave patterns LIGO detected on Sept. 14, 2015, matched the simulations Lousto and Healy had created.

“The direct observation of a binary black hole merger by LIGO is an amazing confirmation of our theoretical calculations,” said Campanelli, professor in RIT’s School of Mathematical Sciences and an American Physical Society Fellow. “This is a historic moment in science.”

RIT scientists used the moving puncture approach to make the first calculations of gravitational radiation from merging black holes with arbitrary masses and spins, and the discovery of large gravitational-radiation recoils from spinning supermassive black-hole mergers. The method also made possible their study of spin dynamics effects, such as spin-flips, precession and hang-up orbits, and extreme mass-ratio binaries.

“It is incredibly exciting to see the deep connections between theory and observation,” said Lousto, a co-author on both the 2006 and LIGO breakthrough papers. “This is the Holy Grail of science. To confirm amazing predictions of general relativity is a dream come true. We have witnessed a historic event, the confirmation of the 100-year-old predictions of Einstein regarding gravitational waves and our 10-year-old computation of the merger of two black holes in a single event.”

Collaborator Pedro Marronetti, program director of the division of gravitational physics at the National Science Foundation, noted that the simplicity and accuracy of their moving-puncture technique “opened up the field to a number of groups, large and small, all across the world.”

RIT associate professor Yosef Zlochower, then a postdoctoral fellow and the fourth member of Campanelli’s team, said, “We are witnessing the dawn of a new understanding of the universe,” he said. “This has been decades in the making, and we are very proud to be part of this great effort.”