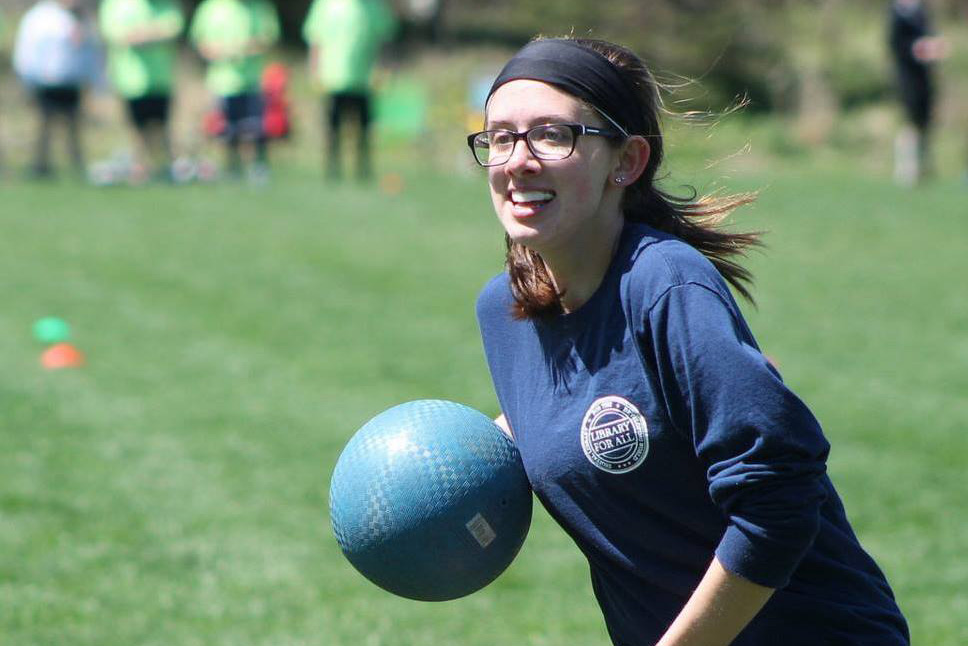 Perweiler has been playing for the quidditch team since her first year at RIT.

Laurel Perweiler is a fifth-year computer science major and an active quidditch player for the RIT quidditch club. Quidditch originated from the fictional game depicted in the Harry Potter series where players would fly on brooms and score points on each other. When adapted to real life, the game evolved into a mixed-gender contact sport described as a cross between dodgeball and rugby.

Coming to RIT from Saylorsburg, Pa., Perweiler has been part of the quidditch club since her first year at the university and has been on the competitive travel team for the past four years. Currently, she is the president of the club and does a lot of the planning and management for the group.

The RIT quidditch club consists of two elements: the competitive travel team and open practices. While the RIT quidditch competitive team tryouts are over, the club is still welcoming new players to join the club and take part in the open practices where anyone of any skill level can learn and play quidditch. For more information about their practices or joining, email ritquidditch@gmail.com or go to https://www.facebook.com/RITQuidditch/.

Question: How has the game been adapted for non-magical players?
Answer: We still have the brooms and we run around with them during games to sort of emulate the flying aspect of the game. We describe the broom as a handicap for our athletes, similar to how you have to dribble in basketball or you’re penalized for traveling. It’s just something that makes our sport unique. We have the same positions as in the books and movies. We have a keeper, who is goalie and offense, who guards your three hoops to prevent the other team from scoring. The chasers are our offensive players and they are the ones who have the quaffle, which is a semi-deflated volleyball, and score points. One of the positions that is the most different from the fictional game are the beaters. There are two beaters per team and they work as defense using the bludgers, or dodgeballs, to keep the other team from scoring. If you get hit with a bludger, you are put out of play until you can go and touch your team’s hoops. Then, of course, there are the seeker and the snitch, which is everyone’s favorite part to watch. The person who plays the golden snitch wears golden shorts and runs around the field with a “snitch” attached to their belt like in flag football. They run around and do everything to avoid getting caught while the seekers try to catch them. These players usually come out around 18 minutes in and the game isn’t over until a seeker catches the snitch.

Question: Can anyone join the club?
Answer: We have tryouts at the beginning of each semester that are open to anyone. Even if you don’t want to be on the competitive team, there are still opportunities to get involved in our practices. There are two parts to the quidditch community; there are competitive official clubs and unofficial teams that just focus on playing the game and having fun. We encourage people to come to practices and play with us, even if it’s mid-season. Unless we are preparing for regionals or nationals, we welcome anyone.

Question: Do you travel off campus to compete?
Answer: Yes, we travel really often. We do host two or three tournaments per year, but most our season involves traveling. My first year we went to Boston. We’ve also been to Michigan, Ohio, Maryland and other places. We’ve qualified for the last seven nationals, and those have been in North and South Carolina, Florida and Texas. So, we really travel all over.

Question: What is your favorite part about being involved with RIT quidditch?
Answer: Definitely the people. I feel like that’s such a stereotypical answer, but we really are like a family. We all hang out outside of practice and we all want to see each other succeed. Just because someone is on the starting line and you aren’t doesn’t mean you can’t be friends. That kind of family atmosphere is what we really pride ourselves on and it helps us get through tournaments and traveling together.

Question: Are there opportunities for people to play quidditch after they graduate?
Answer: Quidditch isn’t just a college sport anymore. It used to be, but now there is a community aspect as well. People from anywhere can form a team. They do compete in a different division from the college teams, because most of them are alumni from colleges, but there are plenty of opportunities to play after you graduate no matter where you are in the country or the world. 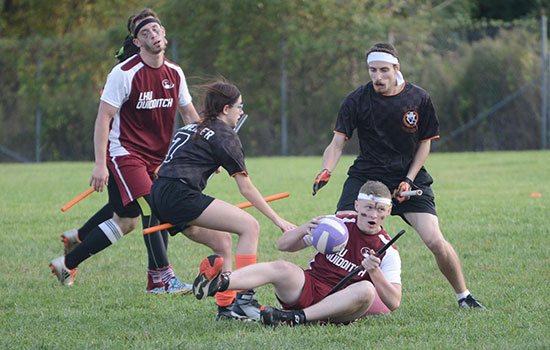 The RIT quidditch team has qualified for nationals for the past seven years. Joe Niederberger 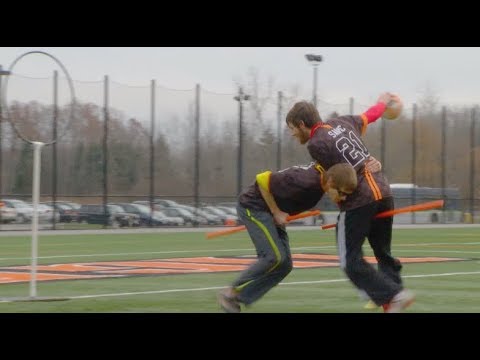