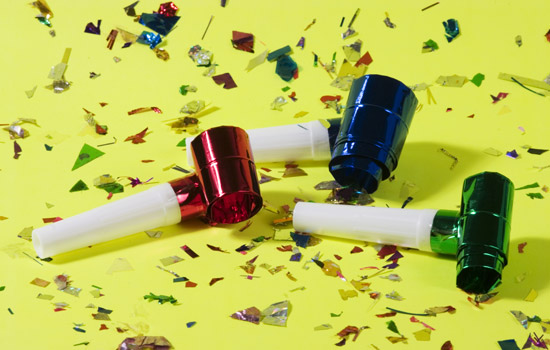 The New Year’s parties are over. To help set and keep resolutions, assistant professor of psychology Joseph Baschnagel says start with a reasonable goal, create a plan and reward yourself.

According to statistics published in the Journal of Clinical Psychology out of the University of Scranton, approximately 45 percent of Americans make New Year’s resolutions, with most vowing to lose weight, get organized or curtail spending during the upcoming year. However, a mere 8 percent of these Americans can actually tout resolution success. So, how can we improve our chances of successfully attaining our New Year’s goals?

Set reasonable goals and sub-goals. Many people have difficulty sticking to their goals because they set goals that are unrealistic or too general, Baschnagel explains. “If the goals seem a bit ambitious, break them down into manageable sub-goals that are easier to accomplish,” he says. “Also, be specific with your goals so that you know what you are aiming for. For example, setting a goal to lose weight is too general and gives you nothing specific to work toward. However, setting a goal to lose 50 pounds by summer may be unrealistic and you would be setting yourself up for failure. Setting a goal to lose 50 pounds by the end of the year with sub-goals to lose five pounds a month is much more reasonable.”

Create a plan. “The plan is a set of more sub-goals or actions that help you reach your goal,” Baschnagel says. “So, in order to stick with losing five pounds a month, for example, you might make plans to join a gym in January and put into your planner to go to the gym at least three times a week. Be even more specific such as planning out the workout that you’ll do each time you visit the gym. Having a plan makes it easier to stick with your goal because you reduce the chances you will procrastinate.”

Monitor your progress. Baschnagel believes that keeping track of your progress is important because it allows you to see how much progress you’ve made toward your goal. “It’s easy to lose sight of the gains you have made, especially with trying to change a behavior or trait that takes a long time to change,” he adds. “You can easily become discouraged. Charting your progress helps you visualize your progress, which can keep you motivated. Monitoring can also tell you if you need to change your tactics.” If you’re not meeting your goals, Baschnagel suggests changing something in the plan.

Reward yourself. According to Baschnagel, many people fail to reward themselves for progress, or think they should reward themselves only when they reach the end goal. “Rewarding yourself for your efforts is important,” he says. “The behavior you are trying to change likely is rewarding. For example, eating unhealthy food or sitting around watching television is immediately rewarding, whereas the reward from working out at the gym might not come until many months where you notice weight loss. To keep your motivation up when changing behavior, you need to make sure that the new, healthy behaviors are rewarded sooner and regularly. Pick activities that are rewarding by themselves or by adding rewards. So if running on a treadmill is not very rewarding to you, you might provide some other reward every time you run a certain number of times, like treating yourself to a movie at the end of the week.”

Get friends and family involved in your process of meeting your goals. Letting others know of your goal increases your motivation by adding a little social pressure onto yourself, he explains. “Friends and family can also be supportive by encouraging you or reminding you of your progress. They can even join in if they have similar goals.”

Baschnagel is the author of several journal articles and has presented his research at symposia around the country. He is an expert in smoking behavior, nicotine addiction, behavior modification, post-traumatic stress disorder and attentional and emotional processing in borderline personality disorder populations, and he has taught courses in psychophysiology, psychopharmacology, biological basis of mental disorders, and brain and behavior.