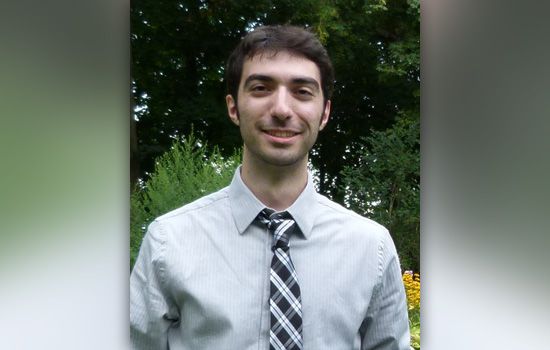 The U.S. workforce is undergoing a generational shift as baby boomers near retirement age.

The national defense and intelligence communities, in particular, stand to lose scientists and engineers with decades of experience in imaging systems that track environmental change, natural disasters, peacekeeping efforts and matters related to homeland security.

In an effort to put the issue on the national agenda, experts from RIT, the National Geospatial-Intelligence Agency (NGA) and the imaging industry shared their concerns with Congressional representatives, aides and staff from the House Armed Services Committee and House Permanent Select Committee on Intelligence late last year. U.S. Rep. Louise Slaughter, D-Fairport, sponsored the briefing.

The RIT initiative drew upon a report written by the Subcommittee on Technical and Tactical Intelligence in 2008 for the U.S. House of Representatives, which calls for workforce development in imaging science and remote sensing and partnerships with universities.

RIT President Bill Destler, Professor David Messinger and industry representatives who attended the Dec. 3 event emphasized the need to cultivate the next generation of scientists and engineers to develop, build and operate complex imaging systems.

The university presented itself as part of the solution and sought sustained funding to produce more Ph.D. students and research critical to the defense and intelligence communities.

“We feel that we can graduate more students every year out into the field with the science and technical background to understand the capabilities of an imaging system, what it can and can’t do and how to process the image to get the information you want out of it,” said Messinger, associate research professor and director of the Digital Imaging and Remote Sensing Laboratory in RIT’s Chester F. Carlson Center for Imaging Science.

Federal agencies looking to hire U.S. citizens to fill defense and intelligence positions are facing a workforce shortage and a knowledge gap, said Stefi Baum, professor and director of the Center for Imaging Science.

“The U.S. has not been good at training U.S. citizen Ph.D.s in the STEM fields, and for agencies doing security-related work, it’s a huge problem,” Baum said. “The U.S. has had 20 years of not producing scientists and engineers to feed into that and has been relying on people who are from the Sputnik era who are retiring. There’s a large awareness of that but exactly what to do about it hasn’t been well addressed.”

The Center for Imaging Science seeks to grow its remote sensing lab and its other related imaging laboratories through sustained relationships with the federal departments and agencies that routinely hire RIT graduates. Messinger and Baum envision targeted recruitment of imaging science graduates akin to Toyota’s formal courtship of RIT’s mechanical and automotive engineers.

Prior to the Congressional briefing, Destler and Messinger met with key members of the National Geospatial-Intelligence Agency to discuss starting a formal relationship with RIT’s imaging science program. RIT Board of Trustee member Jeffrey Harris ’75 (photographic science and instrumentation), chairman of the Open Geospatial Consortium and a former director of the National Reconnaissance Office, acted as their primary contact with the agency.

Harris described his experience working with imaging science graduates while he served in both government and industry as “having the right skills on the team.”

“The STEM-educated, tech-savvy specialist—competent with imaging systems—is a valued member of the new integrated-information eco-system,” he said.

“Clearly, we’re doing something valuable because their human resources people are hiring our graduates for these critical positions,” Messinger said. “But there is no longer-term strategy.”

Messinger met in January with the head of human resources and other specialists to further explore a strategic relationship between the NGA and RIT, including on-site training for scientists at the agency. Discussion with the National Geospatial-Intelligence Agency remains ongoing.

“We hope to convince the NGA and other governmental agencies to generate a significant amount of funding to support five to 15 graduate students a year,” Messinger said.

“Even if we produce 20 Ph.D.s a year, that makes a big difference because one of these people with this kind of training can influence a large swath of the industry and federal capability,” Baum said. “The difference is in what they can do and in their multiplying effect. They can help train the others around them and provide this imaging-systems perspective that people trained in very specific aspects may not have.”

Imaging systems attached to planes or satellites juxtapose optical cameras side by side with infrared sensors to capture information beyond what the human eye can see. Some imaging scientists develop the instrumentation to collect data; others write the algorithms, or computer programs, that turn data into useful information by processing and interpreting imaging data and creating geospatially accurate maps.

“Typically, agencies will have to train physicists, mathematicians, computer scientists or engineers as much as they can in the imaging system,” Baum said.

“RIT brings everything together in an interdisciplinary way. It’s math, physics, engineering—and we produce a student who is an imaging scientist—and those people have a different level of understanding and knowledge of the end-to-end system of imaging—how to apply imaging systems, how to design them, commission them, do the program management for them, how to make sure that they’re going to get the imaging system that will attain the results they need.”

Adds Baum, “It’s not enough to take the end data and write an algorithm for it if you don’t understand how to develop the system that takes the data.”

Matthew Montanaro ’05, ’09 (physics, imaging science) came to imaging science with a physics background and appreciates the end-to-end perspective he has developed.

“Having my physics degree was a good base to have but my graduate project forced me to become familiar with engineering and computer science and technical writing,” said Montanaro, a Landsat calibration scientist who works for the Sigma Space Corp. as a contractor to the NASA Goddard Space Flight Center in Greenbelt, Md. “It definitely made me more rounded in terms of technical skills that really allowed me to be desirable to an organization like NASA.”

The nuances of imaging science are a product of the education, he said.

“I think that having the imaging science background allows us to be sort of an interface between the engineers building the sensors and the scientists and analysts who use the data,” Montanaro said. “That’s very beneficial out in the workforce since it lets you see the big picture. You can see how all aspects of the imaging system tie together.”

Schlamm applies her strong mathematical background to evaluating the quality of remotely sensed imagery and developing algorithms for extracting information from images. She attributes her imaging-science coursework to her easy transition from graduate student to team member “working on remote sensing technologies, with little or no time required for training and getting up to speed.”

Graduates from RIT’s Chester F. Carlson Center for Imaging Science have a good reputation for being able to “dive in quickly,” she said.

“In the defense community, when people find out you have a degree from RIT in imaging science, they immediately trust your abilities and understand what you can bring to a project,” Schlamm said. “Often those who work with us say they wish they could hire more graduates of CIS, but unfortunately there aren’t enough of us graduating each year.” 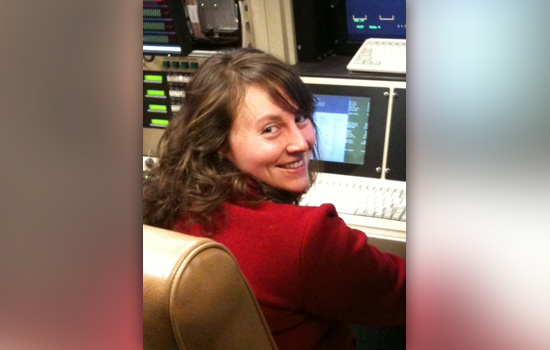