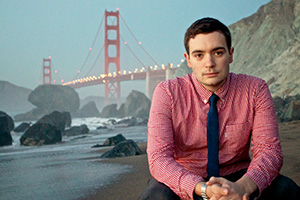 They hold key positions at leading companies including Apple, Google, Facebook, Adobe, Levi Strauss, Cisco Systems, Intel and Flickr. In addition, many alumni have taken the entrepreneurial path and are involved in successful startups.

“It turns out there are a lot of alumni in the Bay Area,” said Christopher Haupt ’88, ’95 (computer science), who moved to California in 1994. The founder and CEO of Mobirobo, a Web, mobile and game development startup, Haupt worked for Adobe Systems for more than a decade, ultimately as director of engineering.

“The cool thing about the Bay Area is there’s a tremendous amount of energy. It’s great. There’s so much cross-pollination.

“It’s the culture,” he said. “It draws a certain personality type—people who say ‘I want to make my mark, I want to do something special.’”

RIT graduates have been heading west for many years—to California in general and the Bay Area in particular—but recently the numbers have increased from a trickle to a steady stream, said Manny Contomanolis, associate vice president and director of RIT’s Office of Cooperative Education and Career Services. “The relationships with employers take time to develop. I would say, in the past five years we have firmly established ourselves.

“Co-ops are the key,” he added. “The companies can test out individual students, but they also test out RIT. The co-op students are our most effective ambassadors.”

In the past five years, 248 California companies, predominantly in the Bay Area, hired 708 co-ops who completed 1,173 co-op work assignments.

“The companies will go where the talent is,” Contomanolis said. “It’s a testimony to the quality of our people. Once the first co-ops and grads prove themselves, the companies come back to the well. And that’s happening.”

One recent arrival is Ed Wolf ’09 (computer engineering), who moved to the Bay Area in August 2013 for a position as technology partner at Facebook. 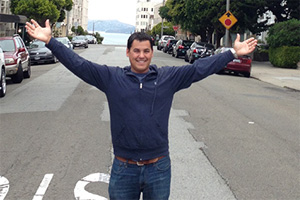 “I work in the intersection of engineering and business,” Wolf said. “I work with people across the entire company to understand their needs and then build and implement the technologies that make their jobs more seamless.”

Wolf loves his job and the Bay Area. “Out here, it’s a lot of hard work, it’s competitive, challenging, a lot of very smart people focused on making technology better. It’s a lot like RIT.”

Gregory Koberger ’10 (information technology) also moved to the Bay Area for a job with a high-profile technology company. He was a Web developer at Mozilla from 2010 to 2012.

“I liked working at a full-time job, but . . . I was young, single. I decided if I was ever going to do something entrepreneurial, this was the time to do it.”

Koberger and a few friends launched Phileas & Fogg (phileasandfogg.com) in 2013. The format is a “traveling company” allowing workers to take on a variety of projects while experiencing different countries and cultures—what Koberger calls “quirky adventure.”

In fall 2013, Koberger and three friends spent three months in Costa Rica, each working on various projects primarily for companies they had previously worked with in the Silicon Valley.

“I know the risks in any startup,” he said. “Statistically speaking, it would probably fail. But I didn’t want to look back later and feel like I didn’t take the chance to do something that mattered.”

Plus, he said, it is not difficult for someone with strong technology skills to find work in the Bay Area.

“I like that it’s a culture where you can leave a company, stay friends with the people, start something on your own, go back. It’s the kind of culture where you’re encouraged to try new things.” 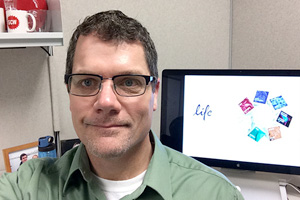 Classmates Stacey Katz Brown ’86 and Brian Stewart ’86 (both industrial engineering) are among RIT’s Bay Area pioneers. They went to work for ASK Computer Systems right after graduating from RIT. The company, a pioneer in manufacturing and business software, had been recruiting at RIT for just a few years.

“They brought us out for interviews and it seemed very glamorous. It wasn’t hard to convince us,” said Stewart, now senior director, Software Services for Genetic, Medical, and Applied Sciences at Thermo Fisher Scientific Corp. Prior to joining the company last year, he worked at Oracle for 10 years, most recently serving as senior director of applications development.

The Bay Area has much to offer, he said.

“Career-wise, the variety of companies that need skills like I have is unbeatable,” said Stewart. “And for cultural and outdoor activities, there’s nothing you can’t do within a four-hour drive.”

Brown, likewise, has found the Bay Area professionally and personally rewarding. She is founder of ProjectZone, a consulting company that helps companies implement information technology. She previously was a program manager for Johnson & Johnson and was co-founder of a successful professional services firm, JAS Systems. 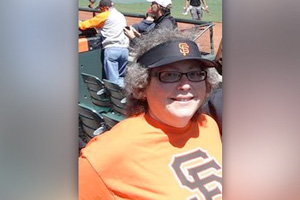 Brown and her family, who live in San Jose, are active in numerous community and philanthropic organizations. In November 2010, she was elected to San Jose’s Cambrian School District Governing Board. Giving back is important, she believes.

“Even before RIT, I knew that I wanted to end up in California,” said the New York City-area native. “Even the bad weather is good. It’s beautiful here. The cultural diversity is second to none. And in the technology industry, this is the ‘if you can make it there, you can make it anywhere’ place.”

While many grads are doing just that, RIT can’t yet claim major brand recognition in the Bay Area.

Navas, retired Cisco controller and treasurer and a member of the RIT Board of Trustees, believes RIT’s focus—“preparing grads for real work”—is critically important to Bay Area employers. “We offer serious technological education for mature people. Our graduates are ready to work. 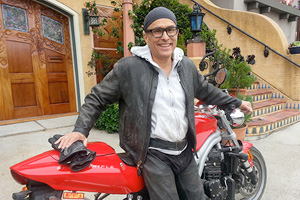 “Silicon Valley is dying for manufacturing engineers. We could offer programs there— they would be over-subscribed. We have to stand up and crow.”

Navas added, “Graduates like Ed Wolf, who can work at the intersection of engineering and business, are in constant demand. They need to have superior critical thinking skills.”

Because of the contributions of alumni and co-ops, RIT has an outstanding reputation in certain pockets of the Bay Area, said Ushi Patel ’00, ’01 (printing management, MBA), creative director, BoominGroup (boomingroup.com).

“Among people who know about RIT, we have a great brand, known for really talented, smart people,” she said. “A connection to RIT can be a great door-opener. However, among the general public in the Bay Area, RIT is not a household name. We need to work on that given the tremendous opportunity present here.”

Eugene Fram, emeritus marketing professor from Saunders College of Business and Bay Area resident since 2008, agrees. “Our grads are all over the Valley from Google and Apple to startups. We’re well known and respected in certain niches.”

He has some ideas about how to expand RIT’s reputation. “I think what builds the reputation of an institution is the reputation of the faculty. We need to get faculty members out here, meeting the press, visiting companies, giving talks. We’ve got to build a faculty presence out here.”

Meanwhile, individual alumni armed with excellent skills and pride in their alma mater are carrying the banner for RIT.

“When I say I graduated from RIT, people think I said MIT,” said Jeffrey Clarkson ’03, ’05 (microelectronic engineering), an R&D engineer at the Marvell Nanofabrication Laboratory at UC Berkeley.

“I tell people RIT is one of the top-producing colleges, and I am living proof of that. The educational background I bring is second-to-none and has allowed me to be successful in an environment that is known for its innovative drive and entrepreneurial competitiveness. RIT should be recognized for this.”