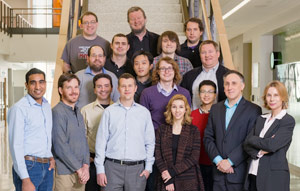 The team from RIT’s Center for Computational Relativity and Gravitation

A monumental discovery will change the way scientists view the universe and RIT researchers played a key role in the revelation.

Six RIT researchers are among the authors of a paper announcing what may be the most important scientific discovery in a century – findings that confirm the existence of gravitational waves predicted in Albert Einstein’s general theory of relativity.

For the first time, scientists have observed ripples in the fabric of spacetime called gravitational waves, arriving at the earth from a cataclysmic event in the distant universe. This confirms a major prediction of Albert Einstein’s 1915 general theory of relativity and opens an unprecedented new window onto the cosmos.

Gravitational waves carry information about their dramatic origins and about the nature of gravity that cannot otherwise be obtained. Physicists have concluded that the detected gravitational waves were produced during the final fraction of a second of the merger of two black holes to produce a single, more massive spinning black hole. This collision of two black holes had been predicted but never observed. 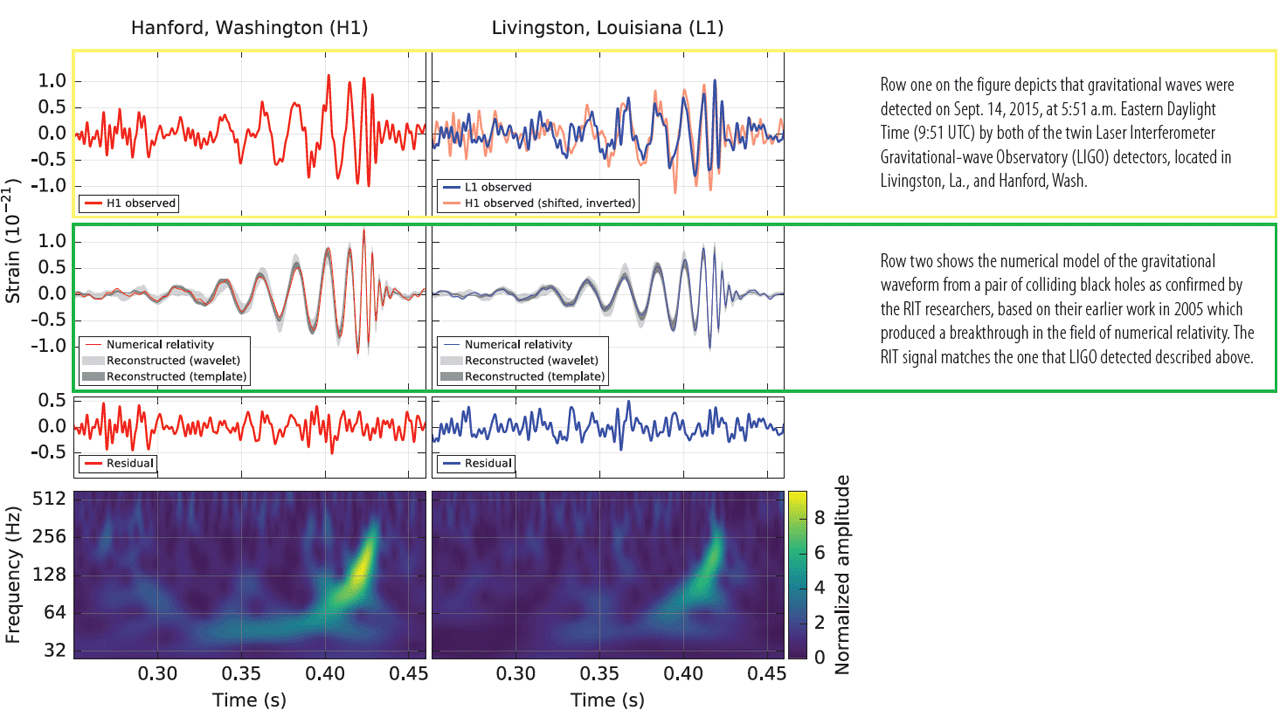 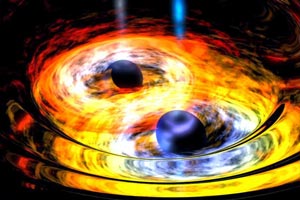 In this artist illustration, two gravitationally entwined black holes circle each other. When merging, they send gravitational waves rippling through spacetime.

The news was announced to the world Feb. 11 by LIGO, the Laser Interferometer Gravitational-Wave Observatory. Furthermore, the LIGO paper prominently cites 2005 landmark research done by the RIT team on binary black hole mergers. The RIT team modeled the merger of a pair of black holes and simulated gravitational waveforms that match those LIGO recently detected.

The discovery marks the dawn of the field of Gravitational Wave Astronomy.

“We applaud the RIT team for its role in this scientific revelation,” said RIT President Bill Destler. “We are thrilled that our researchers are part of this impressive international collaboration that has made this profound discovery. Their commitment to their field and to their research is exemplary. We are delighted that our university has been able to facilitate their work, and look forward to supporting them as they continue their research.”

To read more about the significance of the announcement, visit: