Brandon Stanton’s Humans of New York has been depicting portraits of life in New York City since 2010. His social media posts, as well as his blog, have attracted more than 22.5 million followers worldwide. Stanton’s first book, Humans of New York, was released in 2013 and spent 45 weeks on The New York Times Bestsellers list. His second book, HONY: Stories, released in 2015, debuted at number one on The New York Times Book Review Best Sellers Nonfiction list. 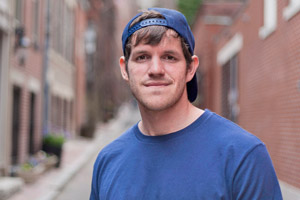 This year is the first time the Women’s Hockey Team will play a game during Brick City Weekend, and it’s an opportunity for alumni to visit the Gene Polisseni Center during a live competition. The Men’s Hockey Team will host the University of Connecticut at Blue Cross Arena in downtown Rochester.

For information on all of the weekend’s events, including ticket information for Stanton’s talk, visit the Brick City Homecoming website.