Robert Loce was working on his master’s degree in optics at the University of Rochester when he heard that RIT was developing a Ph.D. in imaging science.

Loce, who also worked full-time at Xerox, knew that working toward a Ph.D. would help him develop skills critical to leading research teams. When he finished the optics degree, he entered the master’s degree in imaging science program at RIT so he would be ready to go when the Ph.D. program was in place. 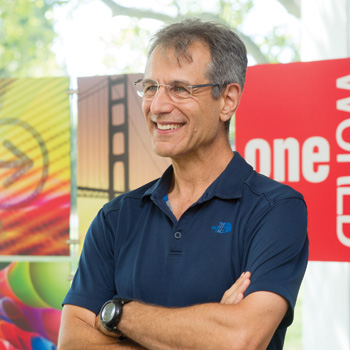 Robert Loce ’03 (imaging science) is RIT’s first Ph.D. recipient. More than 250 others have followed him.

The move paid off. In 1993, Loce became the first person in the world to earn a Ph.D. in imaging science, which is the study of the processing, transmission, display and perception of images. He also became RIT’s first doctoral degree recipient.

More than 250 others have followed in his footsteps in six doctoral programs: imaging science; microsystems engineering; computing and information sciences; color science; astrophysical sciences and technology; and sustainability.

The increase in Ph.D. programs has grown so much that last year the Carnegie Classification of Institutions of Higher Education changed RIT from Masters-Comprehensive to Doctoral University. This change occurs when a university graduates more than 20 Ph.D. degrees per year. In 2014-15, RIT awarded 33 doctoral degrees and in 2015-16, 35 people received Ph.Ds.

In the coming years, those numbers are expected to rise. The Ph.D. in engineering—RIT’s seventh doctoral program—has its first student on track to graduate next spring or summer with five others in the pipeline to graduate in 2017-18. Next fall, students in RIT’s eighth Ph.D. program, mathematical modeling, will begin their studies.

“Our Ph.D. programs are not the traditional academic programs that you often hear about,” said RIT President Bill Destler. “They are different and we capitalize on that difference to make a truly unique experience for our students.”

RIT began talking about creating its first Ph.D. program as early as 1980 when John Schott was recruited from the remote-sensing industry to the photographic science program to do research.

RIT is being recognized as a top- tier national university for the first time in the 34-year history of U.S. News & World Report rankings. The change is a result of the university’s reclassification in becoming a “doctoral university.”

But Schott needed doctoral students to do sophisticated imaging science research, so he became a champion for adding the first Ph.D., working with others to convince a university governing board called Policy Council and then the Board of Trustees to support asking the state to change the university’s charter.

The campaign wasn’t easy because many on campus were worried that the emphasis would move from teaching to research across the entire university. But the trustees eventually agreed to adding one doctoral program, and the Chester F. Carlson Center for Imaging Science, which formed in 1985, was ready with a proposal.

The degree, approved in 1989, was unique, said Schott, who is now retired from teaching. Other universities had programs in optics, remote sensing or electrical engineering with an emphasis on imaging, but this was the first Ph.D. in imaging. It also fit perfectly into the Rochester ecosystem, with companies such as Kodak and Xerox paying for their employees, like Loce, to get this advanced training.

The doctoral programs that followed also were unique.

Microsystems engineering, which graduated its first two students in 2004-05, was the first of its kind in the nation. There are currently 45 students enrolled in the multi-disciplinary program, said director Bruce Smith, who in 1994 was the second person to get a Ph.D. in imaging science. Research in the program focuses on the unique challenges of materials, processes and devices on the micro- and nano-scale.

RIT has the only Ph.D. program (and master’s program) in color science in the United States, said Mark Fairchild, director of the MS/Ph.D. color science program. The field blends physics, chemistry and visual perception, among other sciences, to understand why materials look the way they do.

The doctorate program in sustainability, which has 23 students, is the only program in the world to focus on sustainable production systems, said Thomas Trabold, associate professor and department head.

The Ph.D. in computing and information sciences, which enrolled its largest class ever of 16 this fall for a total of 52, was designed to focus on real problems in both computing itself and business, engineering, medicine, science and social science from a fundamental research perspective, said Pengcheng Shi, director of the program.

While other computing programs may touch upon a real-world focus, it’s not the main goal, which makes RIT’s Ph.D. different.

The Ph.D. in engineering also has a unique real-world focus with research concentrated on solving global problems from the transportation, energy, communications and health care sectors, said Edward Hensel, director of the program.

“We do engineering in the context of the greater societal need,” Hensel said.

And the Ph.D. in mathematical modeling, which will begin next fall, is the first of its kind nationally, according to Sophia Maggelakis, dean of the College of Science.

“It promises to serve as a model for a new kind of doctoral training in the mathematical sciences and to position RIT as a leader in that area,” she said.

Where are they today?

Here’s a look at where some of RIT’s Ph.D. graduates are working: 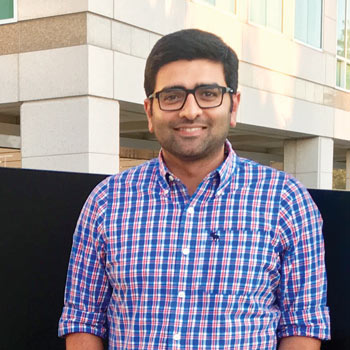 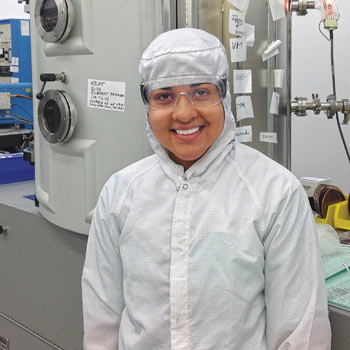 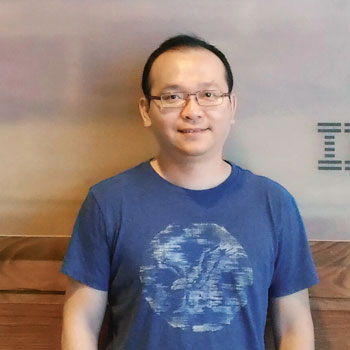 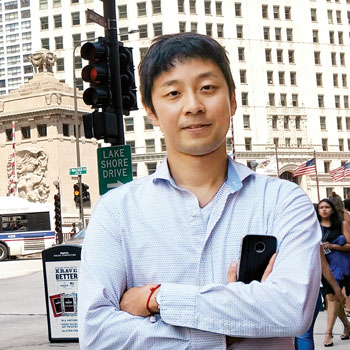 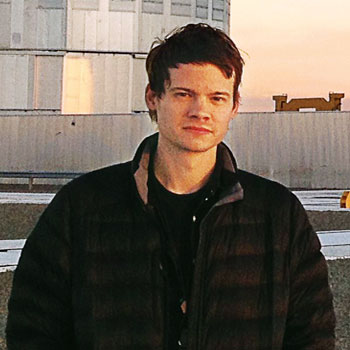 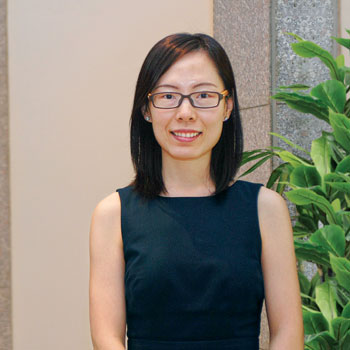 David Messinger, director of the Carlson Center for Imaging Science, said 81 students are currently enrolled in the imaging science Ph.D. program. Fourteen people in the program were awarded doctoral degrees in 2015-16.

“I can’t think of any graduates the past five to 10 years who haven’t gotten employment in an imaging related field,” Messinger said.

The degree has helped Loce, who also received his BS in photographic science in 1985 from RIT’s College of Continuing Education.

At PARC, he has worked on imaging for health care and is currently doing research in public safety surveillance, looking at ways to automate video redaction to help police departments comply with Freedom of Information Act laws. Loce holds more than 200 patents.

He is still involved with RIT as a member of advisory boards and he was the convocation speaker for the College of Science in 2010. Loce said his connection to RIT will remain strong, particularly because the campus is on farmland originally owned by his grandparents, Dominic and Frances Bianchi. “I am proud to be the first Ph.D.,” he said. “The fact that I learned how to milk a cow and ride a horse on the same land makes it kind of special.”