View the RIT Commencement site for a schedule of commencement ceremonies and other information.

The University News Commencement page also has more coverage and stories as well.

On Friday, May 19 and Saturday, May 20, RIT will confer degrees upon more than 3,700 undergraduate and graduate students, including 32 doctoral candidates. At the Academic Convocation on Friday, RIT will recognize the accomplishments of graduates from all nine colleges, the School of Individualized Study, and the Golisano Institute for Sustainability by officially conferring degrees. Also at Convocation, Austin McChord, founder and CEO of Datto Inc. and a 2009 graduate of RIT, will deliver the keynote address.

McChord, the founder and CEO of the widely acclaimed technology company Datto Inc., is an RIT alumnus and currently serves on the university’s Board of Trustees. He graduated from RIT in 2009 with a bachelor of science degree in bioinformatics. He founded Datto, a global provider of Total Data Protection Solutions, in 2007, starting the firm in the basement of his parents’ home. His goal was to create the best backup and disaster recovery and business continuity solution available.

Over the past four years, Datto has experienced exponential growth, appearing on the coveted Inc. 500 list of fastest growing private companies in 2012, 2013, and 2014. Most recently, the Connecticut Technology Council named Datto the Fastest Growing Technology Company in Connecticut for the fifth consecutive year. The company has also received numerous industry awards, for company growth, product excellence, and technical support. 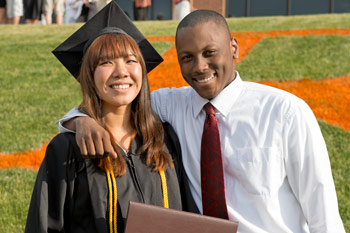 In August 2014, Datto opened a branch in downtown Rochester as part of RIT’s START-UP NY, a business opportunity that partners colleges and universities with expanding companies. Datto, which became the first company in the region to join the program, plans to expand its Rochester operation with more than 200 jobs.

McChord’s business success has earned him several honors and he holds numerous patents. He was named to Forbes 30 Under 30 list in 2015 as a leader in Enterprise Technology, and won the Ernst & Young Entrepreneur of the Year New York Award in 2016.