Seeking preeminence at the intersection of technology, the arts, and design

Dr. David C. Munson Jr. became president of Rochester Institute of Technology on July 1, 2017. Dr. Munson, the former dean of the University of Michigan College of Engineering, is the 10th president of the university.

As RIT’s president, Dr. Munson is responsible for one of the nation’s leading research and career-oriented universities featuring nearly 19,000 students from all 50 states and more than 100 foreign countries, 124,000 alumni, $73 million in sponsored research and an endowment of more than $750 million. RIT’s full-time undergraduate enrollment ranks RIT among the top 10 largest private universities in the United States. RIT is the third largest producer of undergraduate degrees in science, technology, engineering and math among all private universities in the U.S. RIT also has one of the oldest and largest cooperative education programs in the country.

Here is President Munson’s message to the RIT community:

Honored to be your RIT president

Students thrive in a culture of intellectual curiosity, especially when it is possible to turn that curiosity into action. So when my wife, Nancy, and I attended our first Imagine RIT: Innovation and Creativity Festival in May, it left an inspiring impression as we begin our first year at RIT.

We observed a sea of students with a strong sense of passion and purpose. RIT students are creators and they know how to put their creativity to use. They replicated amusement park rides. They demonstrated the art and science of movie making. They simulated NASA rockets and engineered hybrid formula race cars. And they solved problems in the health care arena with the potential to improve lives. 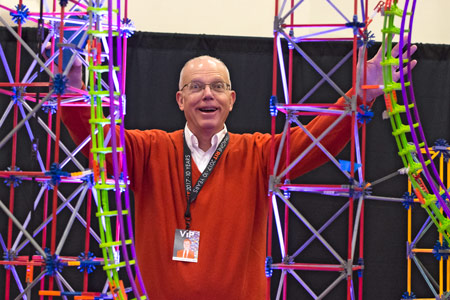 As we observed at Imagine RIT, creating something fundamentally new ignites all sorts of possibilities for learning. Creativity and innovation (putting creativity to use) can occur in every field and corner of our campus. Whether it be writing a poem or short story, choreographing a dance, composing a piece of music, advancing a new scientific hypothesis, developing a new government policy, designing a new piece of technology, initiating a social movement or launching a start-up company, every student can be involved in creating things that never before existed, and then putting the result into play, in an effort to improve the world.

One can never underestimate the power of students and their ideas, supported by outstanding faculty and staff. By working together, we can turn big dreams into reality. That’s why I am excited and honored to become this great university’s 10th president. What a thrill and privilege this is for me and for Nancy. We are energized by the cutting-edge nature of RIT, including its talented and ambitious students, faculty, staff and alumni.

RIT has been rapidly ascending for many years, under the leadership of President Bill Destler and his predecessors, and is now one of the top few universities in the nation working at the intersection of technology, the arts and design. We can continue to use these strengths—the core of the university—to help build important and unique programs in all disciplines, including business, the health sciences and the liberal arts. We can lead the nation, if not the world, in taking this approach. One of my aims is to work with the entire RIT community and our many partners to realize our fullest potential in this regard. 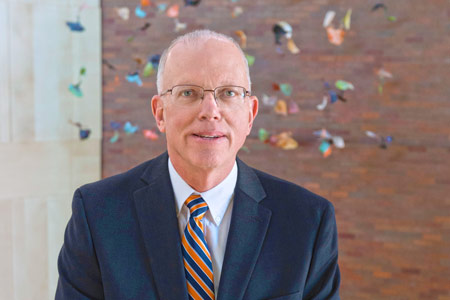 As we do that work, we will be placing increased emphasis on research and discovery, scholarly work and artistic expression, which is the academic side of creativity and innovation. As we become more research oriented, our students will be at the forefront. I wish for RIT to be the most student-centered research university in the nation as we train the future leaders of society. Along with preparation for a career, our students will be positioned to lead lives of great consequence and purpose, including outside their profession.

In the coming years, our job will be to strive for preeminence. This will be a lot of work, but I promise that we will have fun along the way. As I get started, I have plenty to learn my “freshman year” as your president. To accelerate this learning, I look forward to meeting members of the RIT family on and off campus this semester. I invite you to join me between Oct. 13th and 15th for Brick City Homecoming & Family Weekend where we can share ideas about RIT’s bright future.