Amid changing industry landscape, awards and honors offer a lens into the success of RIT’s Photo School.

RIT’s School of Photographic Arts and Sciences (SPAS) has begun the new academic year on a series of high notes, garnering high-profile honors among faculty, students and alumni for a school nationally recognized for its degree programs. 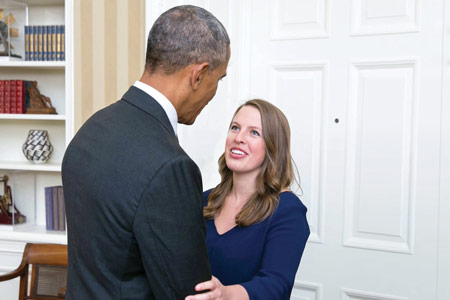 Photo provided by The White House

“You have these points in time—sort of like a constellation—where the planets align,” said Therese Mulligan, administrator chair of SPAS. “We’re certainly hitting many high notes at this time.”

The ongoing success of RIT’s photography school exemplifies its successful evolution amid decades of disruptive technological change and is a demonstration of the focused commitment to excellence there.

The school’s roots began sprouting at the Mechanics Institute—renamed Rochester Institute of Technology in 1944. The institute offered its first classes exploring photography and design back in 1902 in response to Eastman Kodak’s rapid growth after its founding in 1888. Right away SPAS became a trusted partner of the photographic industry, resulting in a mutually beneficial collaboration that continues to this day. “Photographic industry partnerships have been a long and valued tradition at RIT,” said Mulligan, a Kentucky native who served as curator of photography at George Eastman Museum for eight years before coming to RIT in 2003.

“Companies look to us when it comes to testing new cameras and technologies,” she added. “Many of our faculty have tremendous connections to industry because they come from industry.” 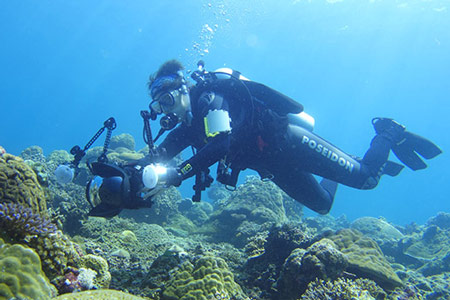 Yasmeen Smalley-Norman captures photos of coral reefs for 3D modeling off the shore of the Philippines. Smalley-Norman, who graduated in 2013 with a BFA in professional photographic illustration and a BS in biomedical photographic communications, was creating the 3D models as part of her Fulbright fellowship.

As photographic technology moved rapidly from analog to digital over the past two decades, SPAS has had to become adaptive to rapid changes. Today, approximately two dozen faculty teach more than 150 classes for BS, BFA and MFA students, including courses on augmented reality, editorial photography, virtual reality, drone photography and experimental photobook. The MFA in Imaging Arts program was ranked No. 4 among photography graduate programs in 2016 by U.S. News & World Report.

Faculty research and scholarship also has grown considerably in recent years. Denis Defibaugh became the first professor in the history of SPAS or the College of Imaging Arts and Sciences to receive a National Science Foundation (NSF) grant for his collaborative photo project combining anthropological, visual and historical methodologies to approach how social, cultural and environmental changes are experienced in Greenland. The award totaled nearly $650,000. 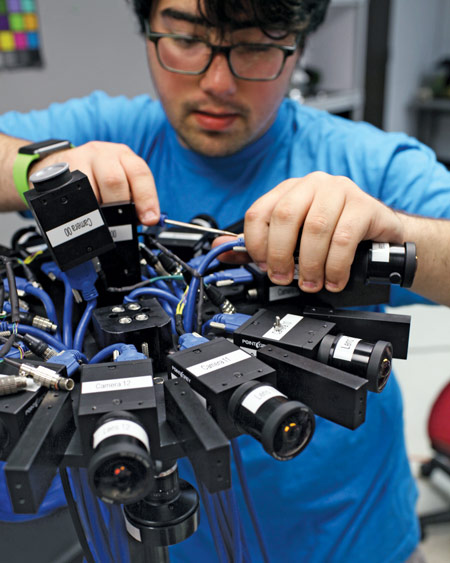 The school’s 4D Design class, described as a “moving media course,” introduces students to concepts related to narrative storytelling and creating motion content across a variety of disciplines. It exposes students to cutting-edge moving imaging technology. The course is taken by nearly every major in the college.

“We no longer focus solely on pictures in photojournalism,” said William Snyder ’81 (professional photography), a four-time Pulitzer Prize-winning photographer and administrative chair of the school’s photojournalism program. “We primarily focus on teaching storytelling, and that can take many forms with the use of still imagery, audio, video and multimedia platforms.”

“Photography has gotten so much more diverse and complex because of the exciting opportunities that are out there today,” said Rachel Jerome Ferraro, an assistant professor in advertising photography. Ferraro graduated from SPAS with a BFA in professional photographic illustration in 1996. “With today’s changing media landscape, one door closes but three more open.”
She added that nothing makes her prouder than to see SPAS alumni “a few years out and happy.”

“They’re posting amazing things on Instagram or Snapchat every day,” she said. “Our graduates are all over the world making an impact.”

Mulligan said SPAS alumni have played a vital role in the school’s success. “A lot of our ability to stay current and even ahead of the curve is because of our alumni,” she said. “We’re always in conversation with them.”

Alumni also are happy to meet with faculty and students who travel annually to New York City and Washington, D.C., for learning and networking. 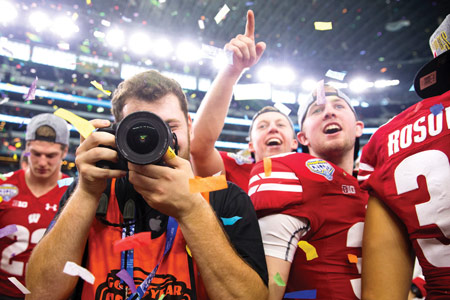 Bennett’s photos were featured in The New York Times, Time Magazine and other major news outlets, marking more success for the RIT student who won the 2016 Student Clip Contest Photographer of the Year from the National Press Photographers Association.

“Our professors do an excellent job developing us into the best that we can be,” said Bennett, a native of Ilion, N.Y. and winner of several national awards.

Bennett spent this past summer at The Players’ Tribune, an online media platform. Combined with internships at the Kalamazoo Gazette and MLive.com in Michigan, he feels confident to launch his career. “I definitely know where I want to go after graduation,” he said.

Students, faculty, staff and alumni of the School of Photographic Arts and Sciences have been earning high praise. Recent awards and accolades include: 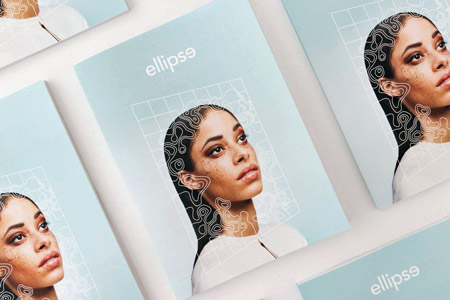