Our faculty are practicing professionals who evoke emotion and tell impactful stories through their art, design, film, photography and other mediums, and bring those experiences to the classroom. 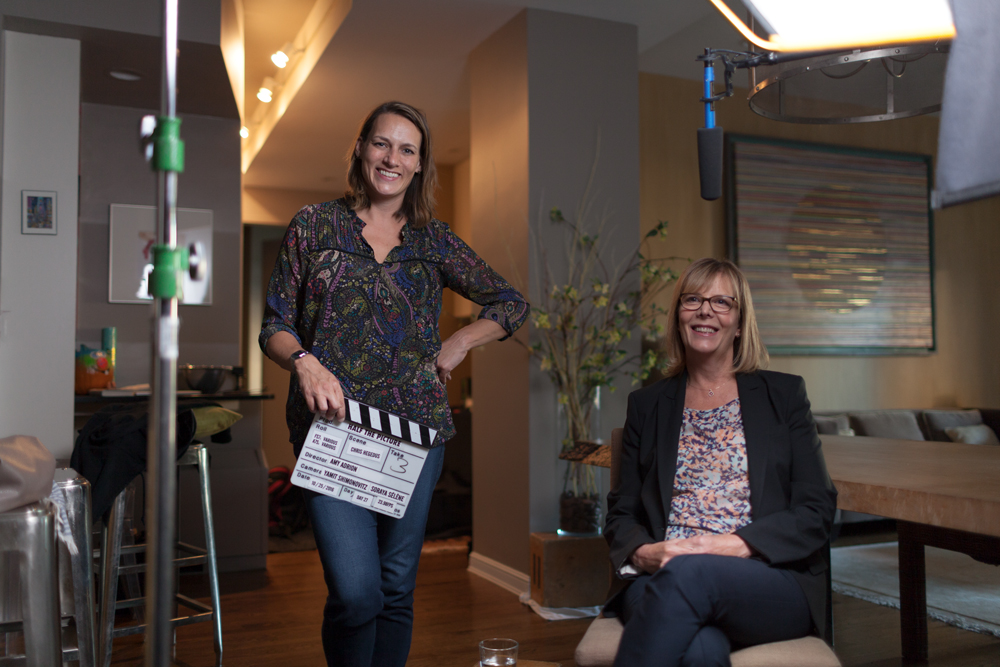 Adrion, assistant professor in the School of Film and Animation, is a director and writer whose work has screened at eminent film festivals such as South by Southwest, Sundance and Tribeca, and been broadcast on MTV, PBS and Starz. Her background includes fiction and documentary filmmaking, live TV production, including on the Oscar and Emmy broadcasts, and animation.

Adrion’s debut feature, Half the Picture — a documentary celebrating the groundbreaking work of women and non-binary film directors — has won numerous awards, including at Sundance London and the Lighthouse International Film Festival. She also won a Directors Guild of America Award for her narrative short, Shoegazer, which was executive produced by Miranda July. 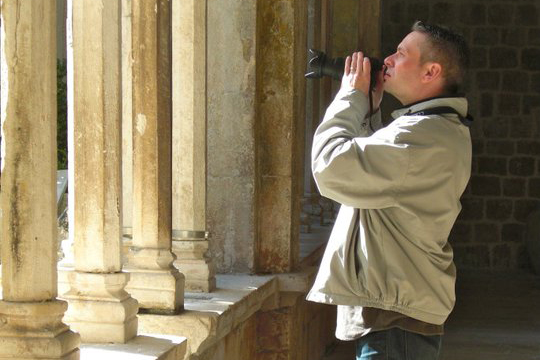 Beck, professor in the School of Film and Animation and program director of Production, has enjoyed a distinguished filmmaking career. His films and videos have collectively garnered more than 350 screenings in festivals, galleries, theaters, universities, tours and TV across five continents. Beck’s background also includes work as a cinematographer, videographer, editor, screenwriter and sound engineer.

His 2018 film, “Stari Grad (Old Town),” was a particular success, screening in more than 115 festivals in dozens of countries around the world. The film was shot in Dubrovnik, Croatia’s historic Old Town in 2011 while teaching a course in the country. Access to crew and equipment was limited as Beck embraced the full meaning of independent filmmaking.

The nine-minute fable follows a young boy who, hiding from a devastating military conflict, wishes for peace. His wish miraculously is realized, but with the undesirable side effect of the elimination of the city’s civilians. The alternative sci-fi work centers around a 1991 battle in Dubrovnik during the Croatian War of Independence, a military engagement between Yugoslavia and Croatia. 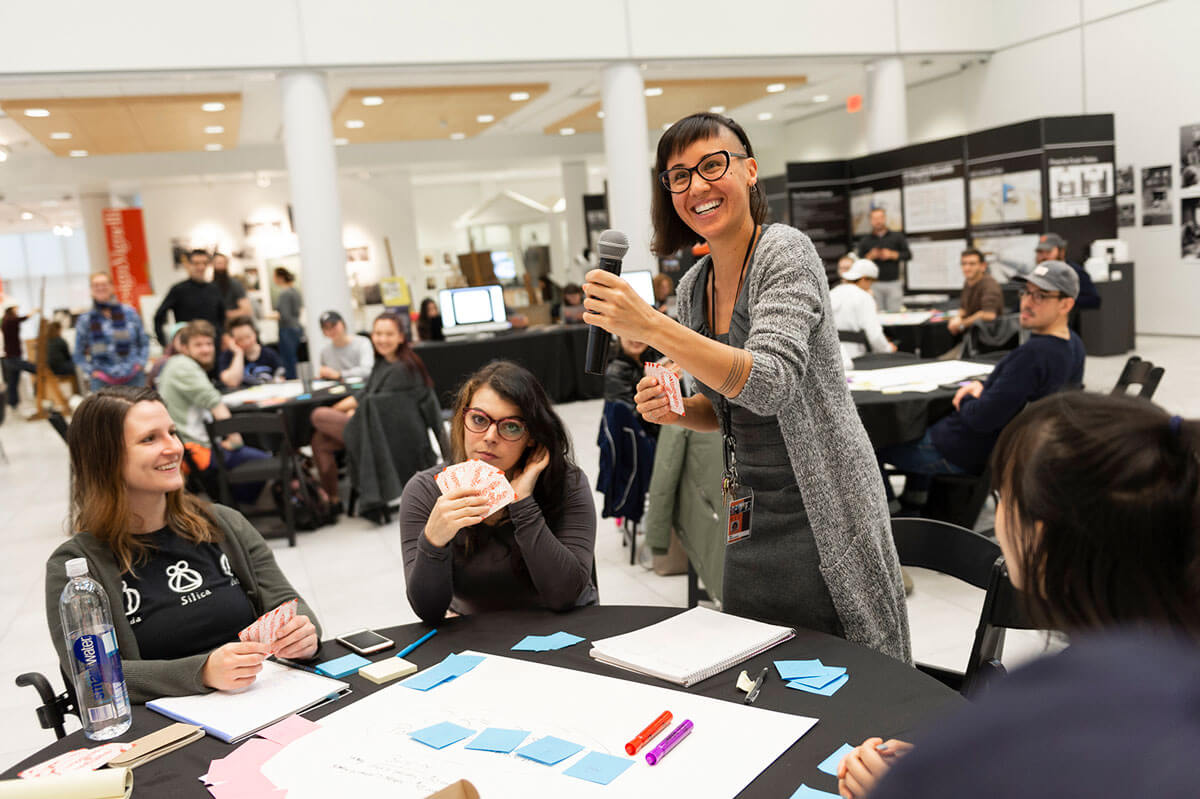 Blanchard and Mark Reisch, both assistant professors in the School of Film and Animation, presented their virtual reality film, “Swing,” at the 2020 IEEE Virtual Reality conference. The film, which combines 2D, 3D and 2.5D techniques, won Best VR short at the Demetera International Film Festival in 2020.

Along with creating other shorts that have screened in festivals around the world, Blanchard has produced animations for well-known companies such as Comedy Central, MTV, the New York Foundation for the Arts, Nickelodeon and Sesame Workshop, among others.

Blanchard’s teaching experience features developing the BASECamp (Balkan Animated Storytelling Exploration) study abroad course with Associate Professor Brian Larson. The class traveled to Kosovo to assist with preparations for the Anibar Animation Festival. Their involvement included screening program design and reviews as well as creating a public mural advertising the event. The students also made visual journals and a resulting film, which were exhibited in RIT’s Bevier Gallery. 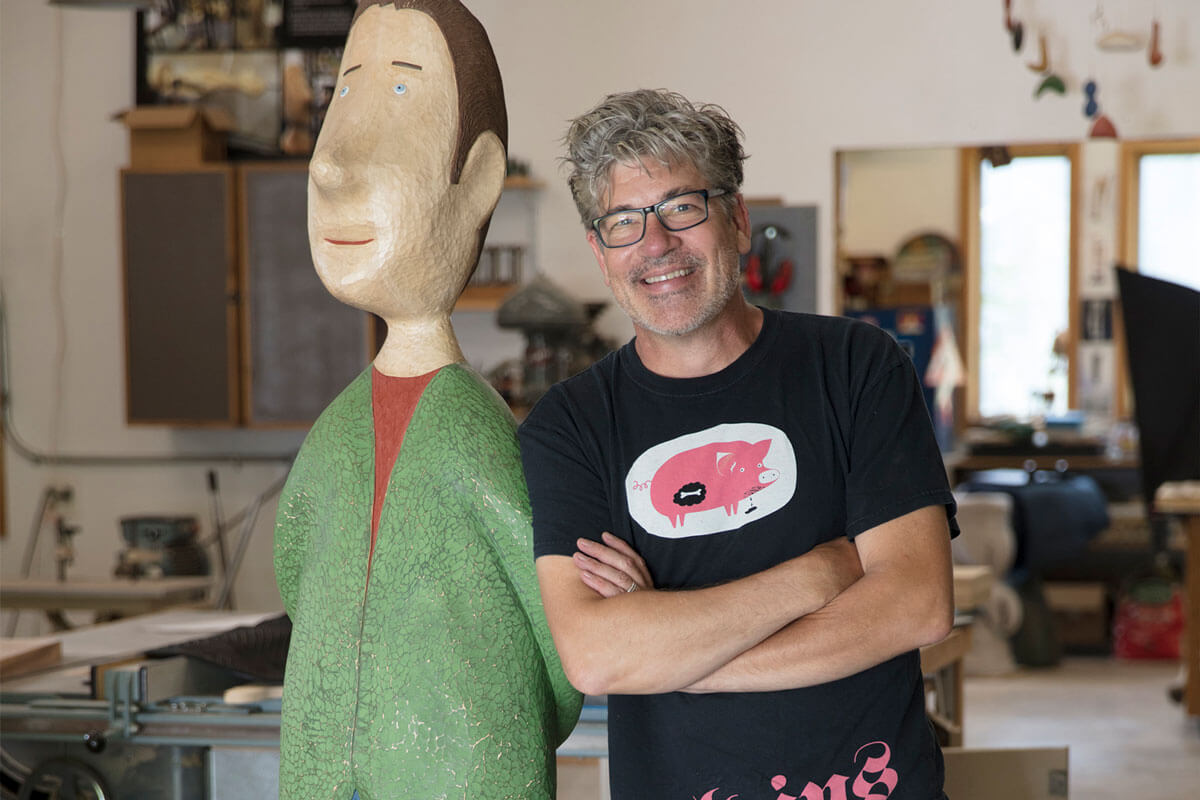 Buck, professor of Furniture Design, is a furniture maker and sculptor who has exhibited his work in more than 100 galleries and museums around the globe. Other international ventures include an invite to be part of the Wood Design team at World Wood Day 2019 in Austria and running a three-day masterclass during the 2018 Wood Dust Designer Festival in Australia. His work is part of many private and public collections, including the permanent World Wood Day collection. Buck’s style brings together traditional craftsmanship, investigations in form and richly painted surfaces. He has also taught at some of the top workshop programs in the U.S.: Anderson Ranch, Haystack, Penland and Peter’s Valley. 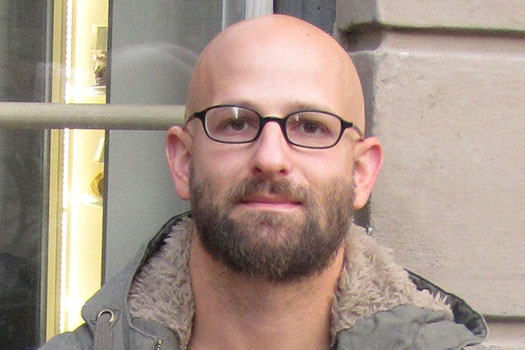 The resurgence of contemporary photo books has been amplified, in part, by fine art photographers like Halpern, professor in the School of Photographic Arts and Sciences. One of the most accomplished photographers in the industry, Halpern’s work is known for its intuitively rich color that draws attention to harsh social realities as well as the unerring strangeness of everyday life.

Among his published books are ZZYZX (MACK Books), winner of the Paris Photo-Aperture PhotoBook of the Year, and 2020 release Let the Sun Beheaded Be (Aperture Foundation). The latter focuses on local histories and experiences of the French Caribbean archipelago of Guadeloupe. The project is the result of Halpern being named the fourth laureate of “Immersion, A French-American Photography Commission of the Hermes Foundation,” an exclusive photography program featuring exchange residencies, exhibitions and publications for award winners. His work in Guadeloupe is scheduled to be featured in a solo exhibition at the San Francisco Museum of Modern Art in 2022.

Halpern is also a recipient of a Guggenheim Fellowship and Nominee Member of Magnum Photos. 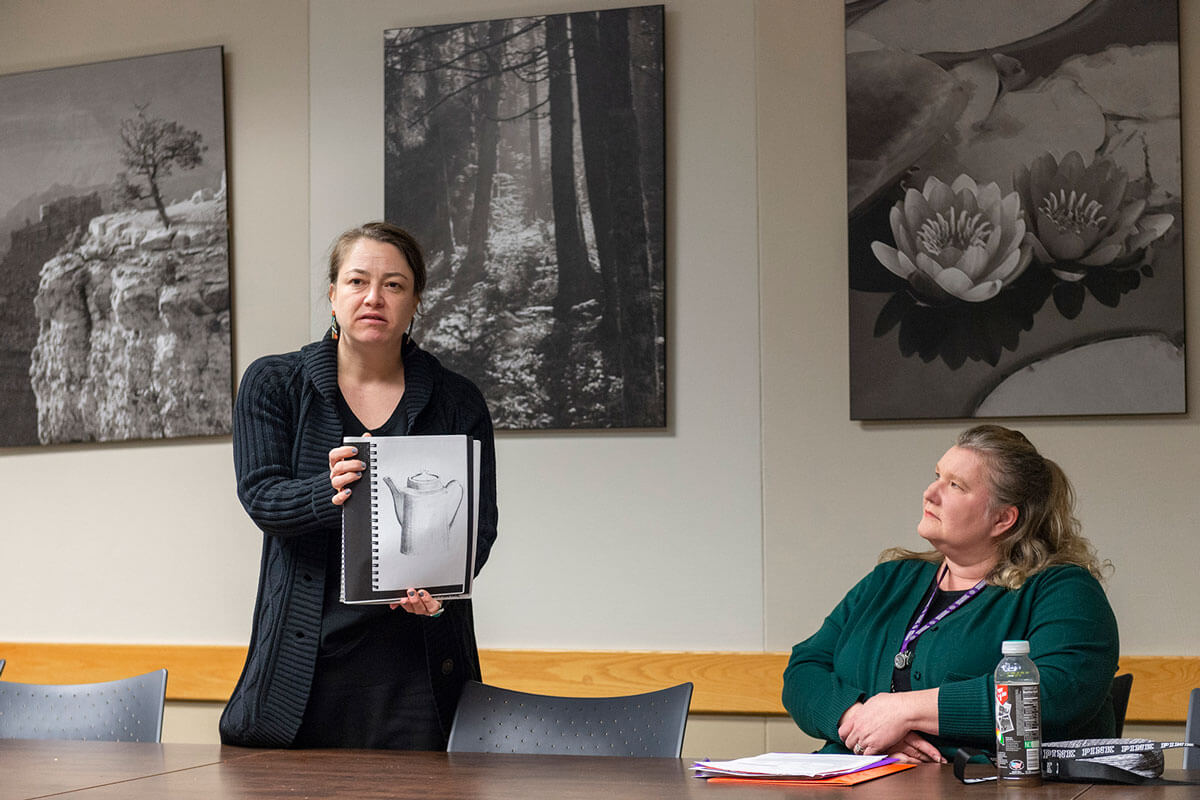 Magyar, associate professor of Industrial Design, teaches courses rooted in emotional design, cultural responsibility and social entrepreneurship. She has also been a project and design manager for Smithsonian Institution, developing commercial activities at various museums, including the Sweet Home Café at the National Museum of African American History and Culture.

In 2020, Magyar assumed a new role to employ her background in design and cultural representation to promote diversity, inclusion, equity and social justice at RIT. She is the Faculty Associate for AALANA (African American, Latino American and Native American) Faculty. 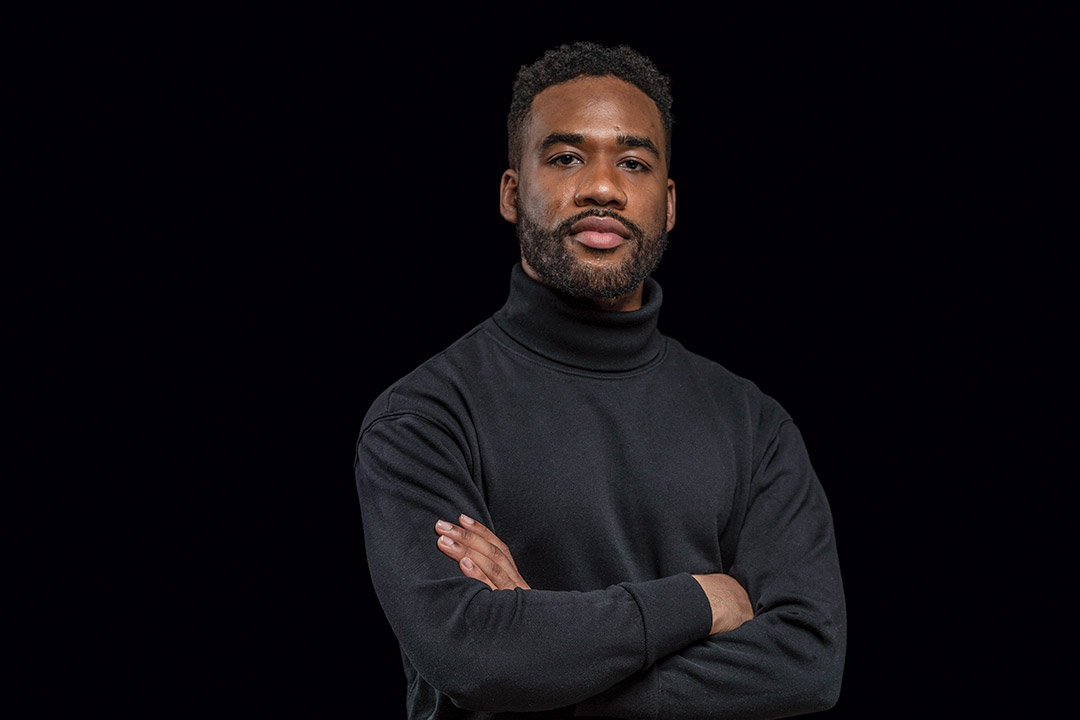 McFadden, an assistant professor in the School of Photographic Arts and Sciences, uses photography to explore the use of archival material within his work. Known for his portraiture, he also conceptually investigates themes related to identity, masculinity, history, race and sexuality.

He fully documented demonstrations against systemic injustice and inequality — held in response to the killing of George Floyd and other lives taken by racial injustice. His powerful images gave a voice to protestors and exhibited the impact of the demonstrations. Many of his photos, including of Floyd's memorial service, were published in The New York Times and other publications. 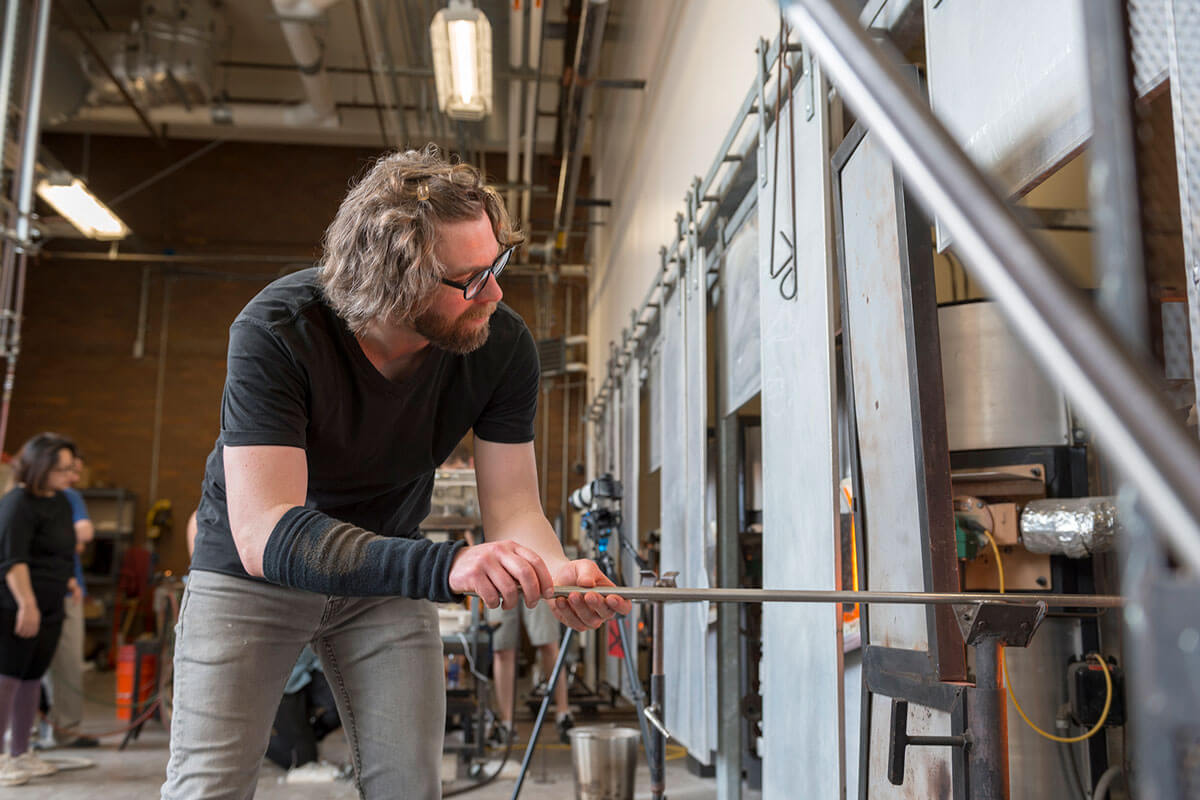 Schnuckel, assistant professor of Glass, exhibits his glass work internationally, and it also belongs to permanent collections in Belgium, Denmark and New Jersey. He’s taught at educational institutions around the world, including the Toyama Institute of Glass Arts (TIGA) in Japan, North Lands Creative in Scotland, Haystack Mountain School of Crafts in Maine and Pilchuck Glass School in Washington.

Also a writer, Schnuckel maintains a blog that examines elements of his glass making and teaching practice and is a regular contributor to the Glass Art Society’s newsletter. 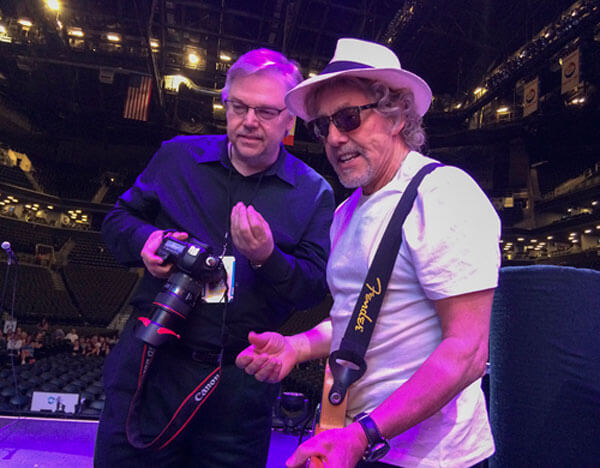 Snyder, professor of Photojournalism, is a four-time Pulitzer Prize-winning photographer. His award-winning work includes coverage of a 1985 plane crash, documenting desperate conditions of ill and orphaned children in Romania, the 1992 Summer Olympics in Barcelona and Hurricane Katrina in 2006.

Additionally, Snyder has served as the official photographer of The Who. His book, Join Together (With the Band), highlights his visual journey with the legendary rockers. 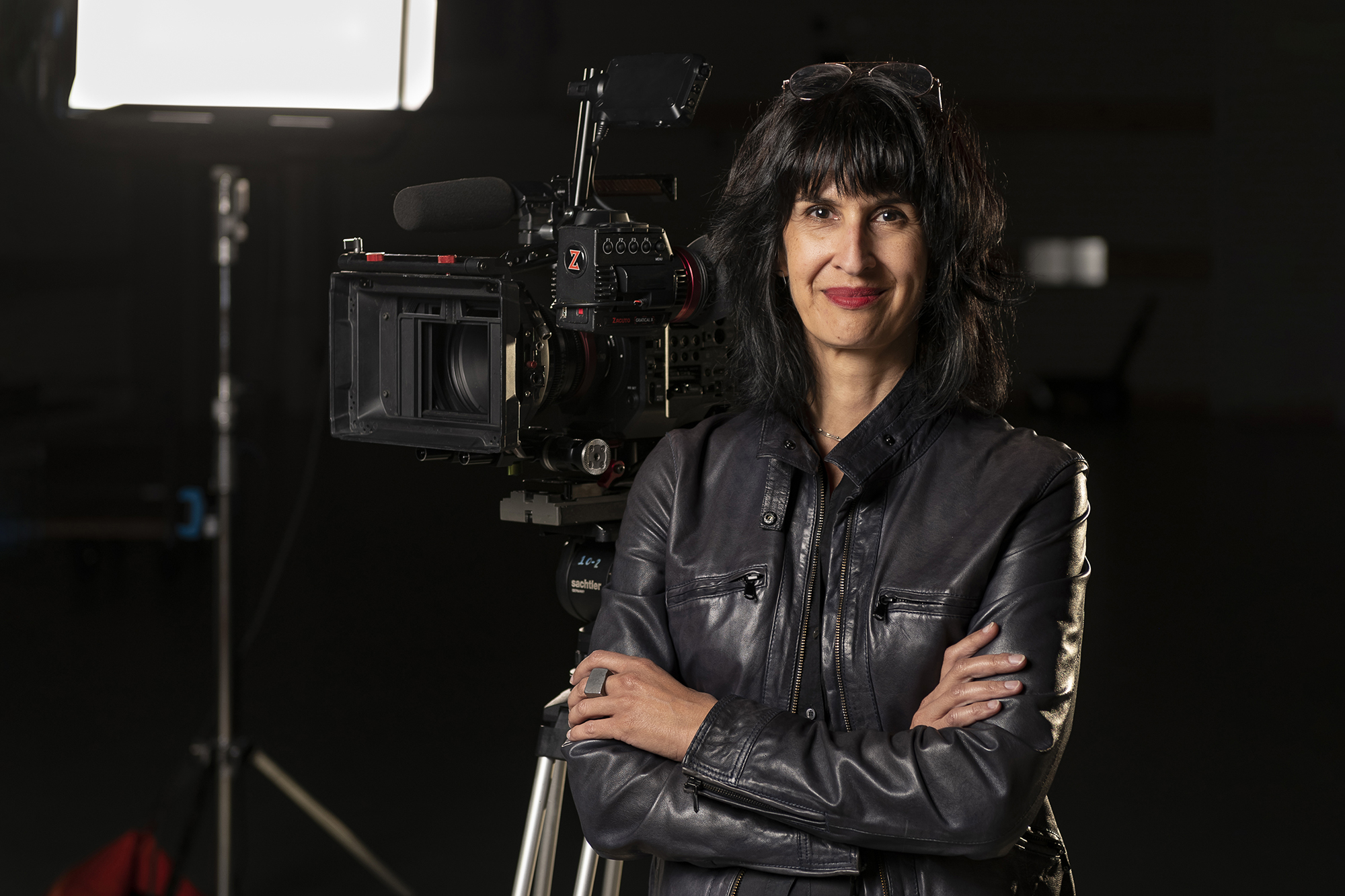 Thakur, professor and director of RIT’s School of Film and Animation, is an award-winning filmmaker, recognized for visually lush fiction and documentary films that span a landscape of subjects from science fiction to restorative justice. Her poetic eye explores the essence of humanity, and how we perceive each other through the lens of history, memory and identity.

Her most recent feature-length documentary, Terrible Children, shares the discovered story of her Indian father, who was banished for marrying her Danish mother, via a letter that had remained unopened for 20 years.

A native of Montreal, Thakur’s films have screened at more than 200 film festivals and museums, including the Cannes Film Festival, The Museum of Modern Art and the Montreal World Film Festival, garnering 26 awards. Her films have been broadcast in 23 countries, on the Sundance Channel and Independent Lens, and are currently available on Amazon Prime, IndieFlix, Women Make Movies and the National Film Board of Canada. She writes, directs and produces through her company Lucida Films, LLC., and directed for the National Film Board of Canada. 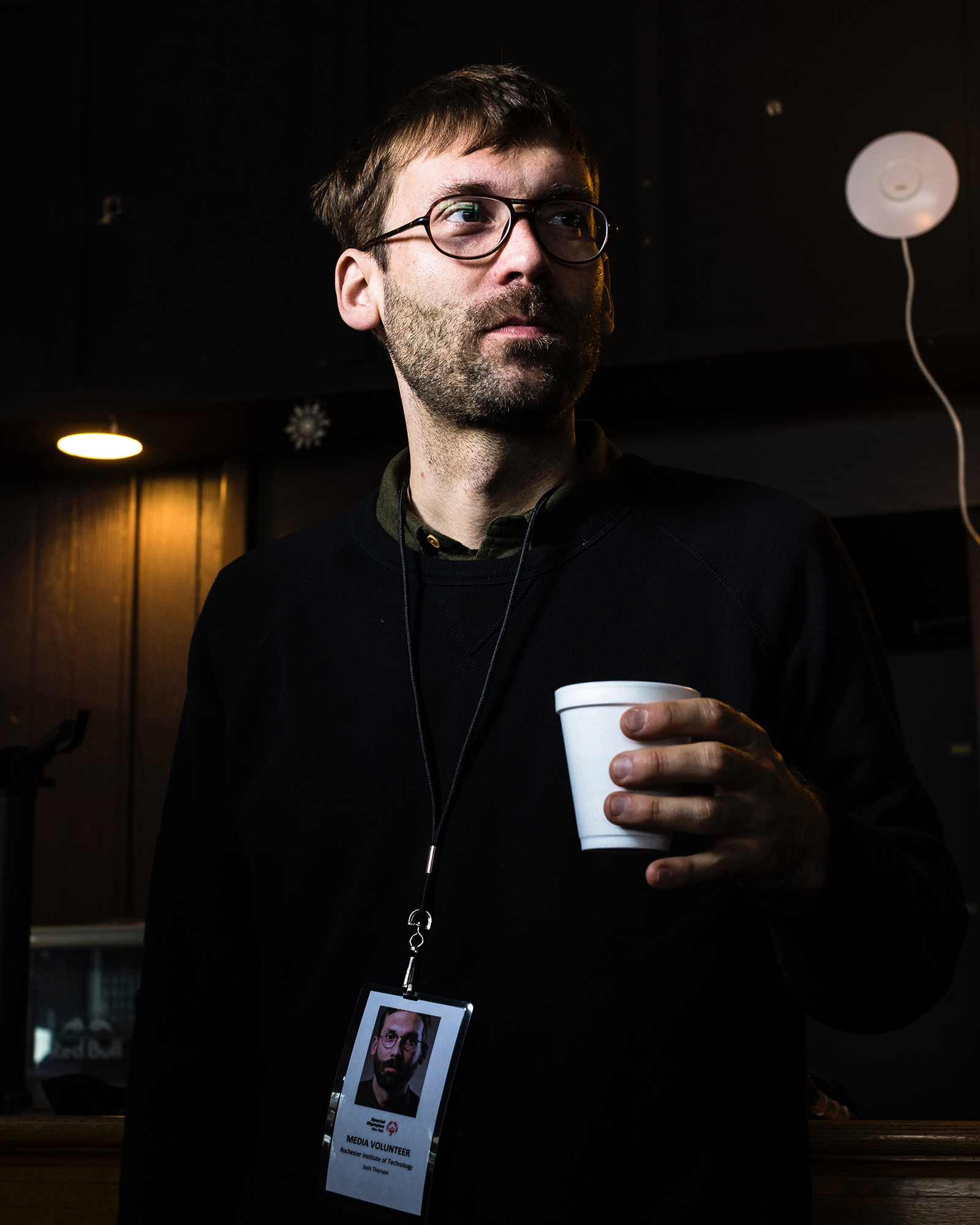 Thorson’s work crosses into theater as well. He has created projection designs for several collaborative multimedia projects, including for the Tony Award-winning interpretation of Oklahoma! His work for the production — which went on a successful Broadway run in 2019 and 2020 — earned him an Obie Award and a Drama Desk Award nomination for Outstanding Projection Design. The Broadway production is currently touring theaters across the United States and is set to premiere in London in 2023.