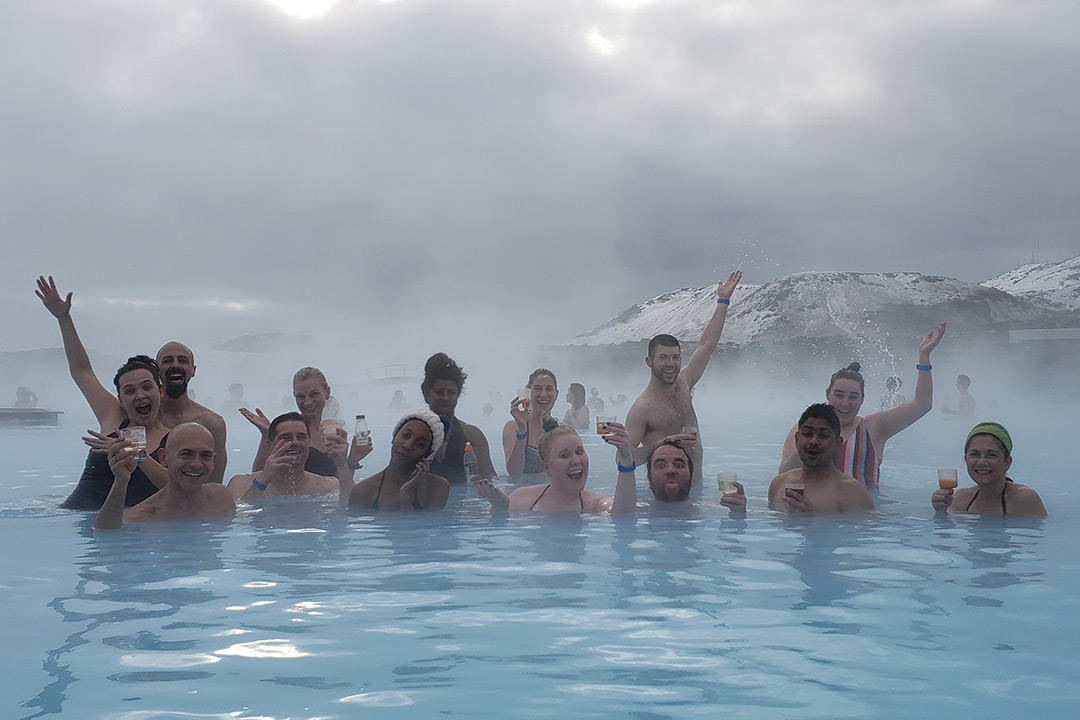 The RIT Icelandic Design Immersion group soaks it up in the Blue Lagoon.

Participants on a recent alumni trip to Iceland were reminded that good things can come in small packages. 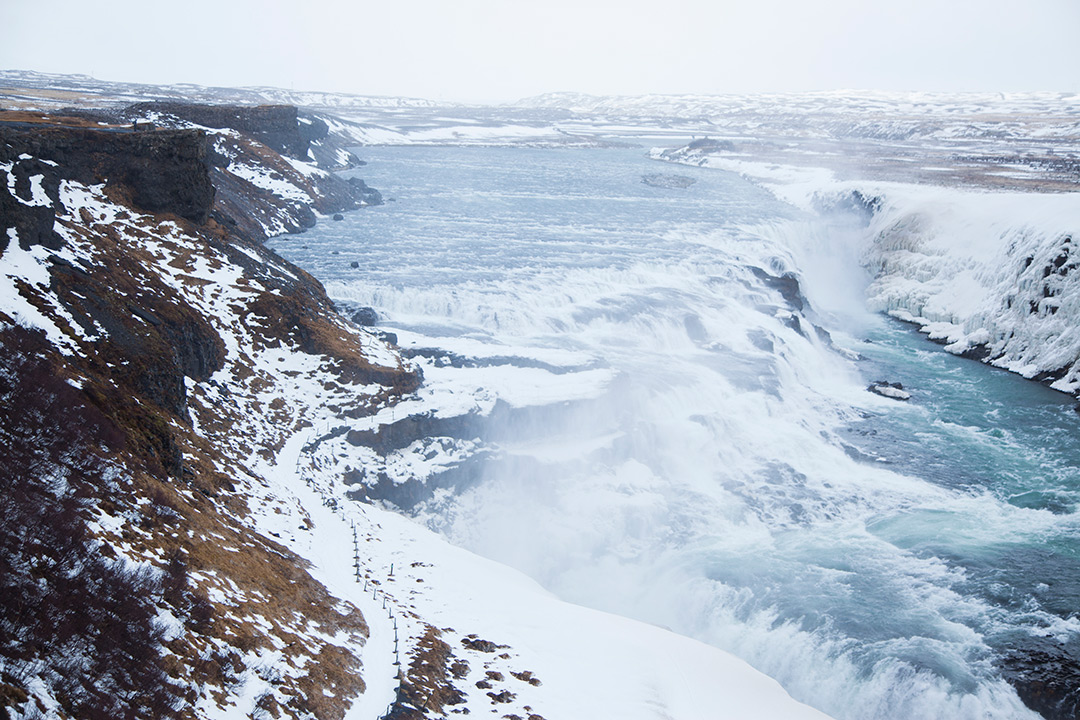 Katharine Hallenborg ’16 (professional photographic illustration) Gullfoss, a waterfall located in the canyon of the Hvítá River in southwest Iceland.

“It was really astounding to experience this small remote island culture which has made use of all of its natural resources to make it not just livable but by design an enjoyable place to live,” said trip leader Josh Owen, professor and chair of the industrial design program in the School of Design.

Owen led the eight-day design-centric tour at the end of March during Iceland’s biggest design festival called DesignMarch. The group of 17 went on design-focused tours of Reykjavík, met with local designers and attended design presentations and workshops. They also saw the Northern Lights. 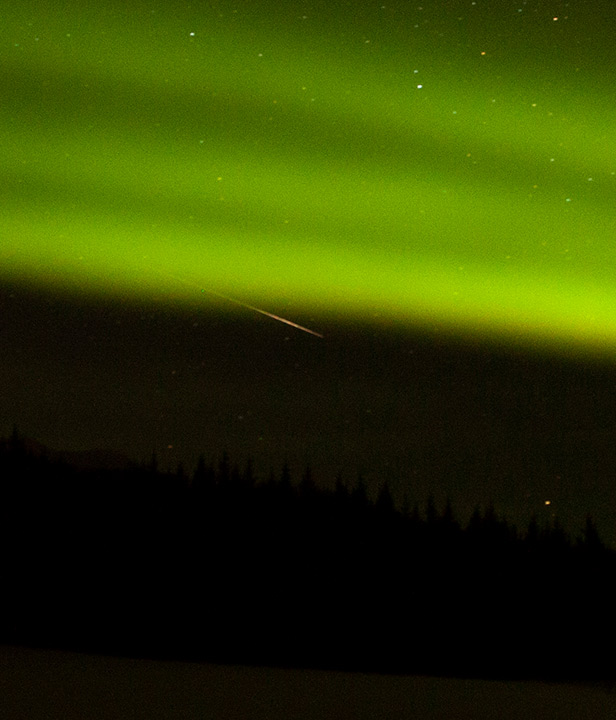 Katharine Hallenborg ’16 (professional photographic illustration) Members of the group stood outside in the freezing cold to see the Northern Lights.

A highlight, Owen said, was the opening day talk by the Prime Minister of Iceland, Katrín Jakobsdóttir, who spoke about the impact of design on culture. Iceland has a population of about 340,000.

“It was so heartwarming to see design being not just lauded but deeply important to innovation and cultural change and having it come from the highest possible platform was really inspiring,” he said.

Kristine Fitzgerald ’88 (graphic design) said it was great to see design through the lens of a different culture. Fitzgerald runs her own business, 2k Design, in Clifton Park, N.Y. 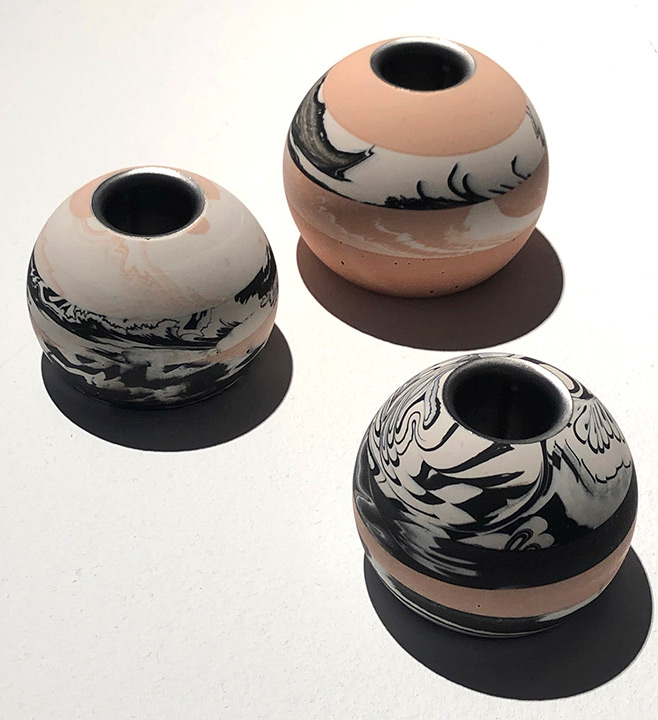 “The different perspectives of everyone participating in the trip also made for a lot of interesting conversations,” she said, adding that participants came from a variety of disciplines, including business, biology as well as design.

Owen, who is on sabbatical this semester, said he hopes to lead another trip in the future.

“The group was so impressive,” Owen said. “It was a pleasure to see not just through our own eyes individually but through our fellow traveler’s shared perspectives what makes Iceland and its DesignMarch so special.”

For information on trips coming in 2020, go to www.onwardtravel.co/rit.