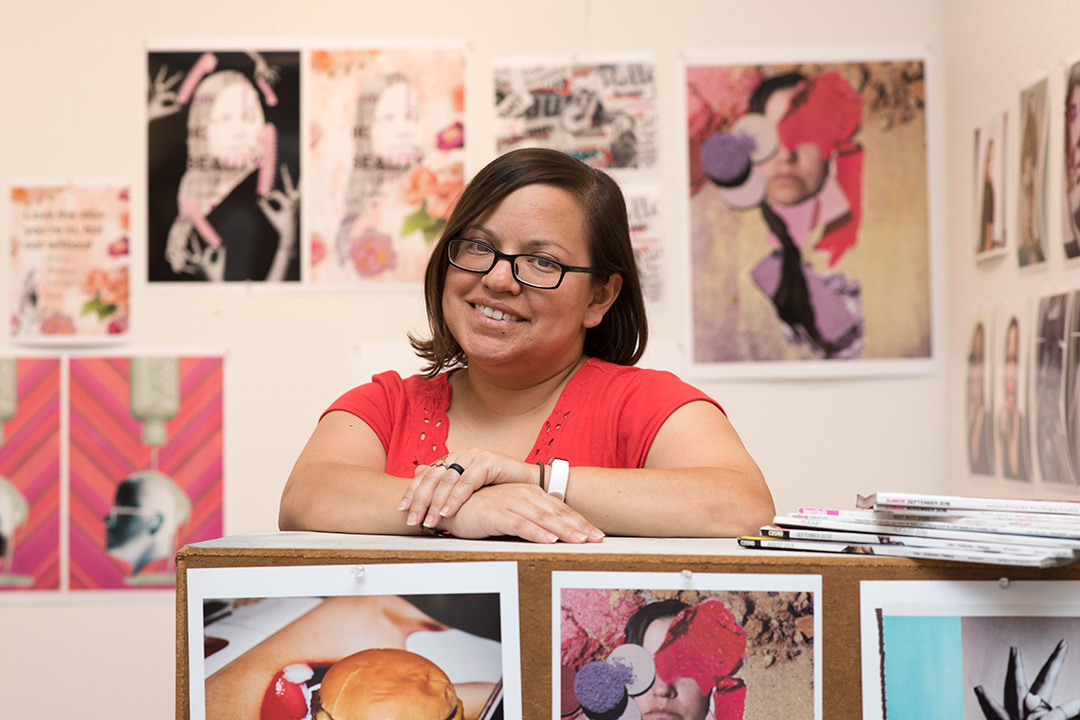 When Mireya Salinas won the Outstanding Graduate Woman Achievement award this spring, she raised the bar high for next year’s nominees and shined a light on graduate education at RIT.

The award, presented for the first time this year at the Woman’s Career Achievement Dinner, recognized Salinas’ contributions to the RIT community as a graduate student in photography and related media.

Twyla Cummings, dean of graduate studies, established the award to raise awareness of graduate students and their accomplishments, and was pleased to receive 25 nominees.

“We’re starting to have more women in our graduate programs. Forty percent of graduate women on our main campus are female,” Cummings said. “I thought, here was a venue that was celebrating women and it just seemed like there was an opportunity for us and another way to elevate graduate education and community.”

Salinas earned her MFA this May and spoke at commencement as the College of Art and Design graduate delegate. Now eager to become an engaged alumna, Salinas considers her two years at RIT as purposefully spent. She invested herself in her professional studies, work responsibilities as a teaching assistant and an employee at the Cary Graphics Arts Collection, and in her service as president of RIT’s Veterans and Military Club. Salinas, a U.S. army veteran from Houston, rebranded the club to include active duty, ROTC, family members and guardsmen/reservists. 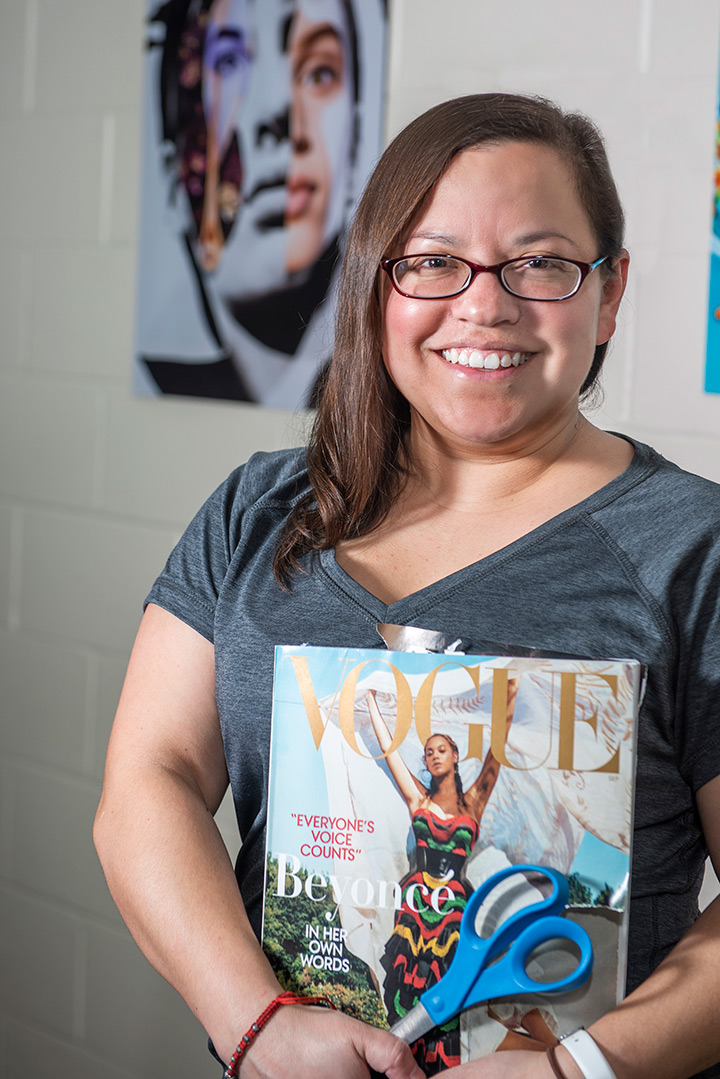 Salinas’ thesis explored the representation of women of color in Vogue magazine. She believes the quality of her work benefited from the balanced life she created for herself. “I tried to make the most of what RIT had to offer—going to the gym, checking out different coffee shops, getting to know people from other programs.”

Part of her strategy was to “get out of the Gannett Building,” where she spent the majority of her time on her graduate studies and thesis project.

“It’s OK to take a break—to get out, go walk around the campus,” Salinas said. “You see things. Everywhere I went I tried to talk to somebody get to know them and expand my network. One of my friends said I’m going to take a cue from Mireya and start talking to people and getting to know them because it’s working for her. So at least maybe I’ve left my mark on them.”

Cummings encourages other students to adopt Salinas’ approach to graduate school and network with one another and define their expectations as a growing affiliate group. “Mireya took initiative and hopefully she will be an example for other students. I hope this award is just one more thing to build graduate community at RIT.”