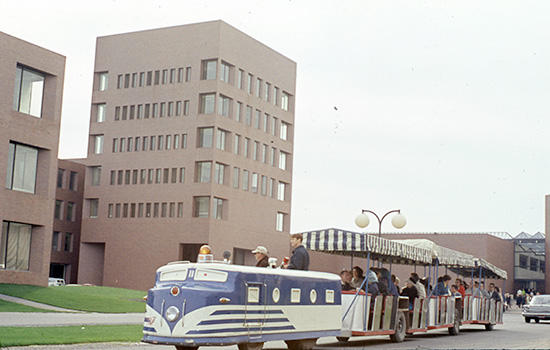 A short walk around the Henrietta campus can reveal why “Brick City” has become the trademark of RIT. In 1969, the nickname was featured in a “Name the Campus” contest in Reporter magazine, although the precise origins of the moniker are unknown.

“There’s certainly an undeniable presence of the brick on campus,” said Jim Yarrington, director of planning and design and university architect. “We view it as a legacy that we need to provide stewardship for, and that has a lot to do with how new buildings are plugged into the campus. They have to relate to the overall as an ensemble.”