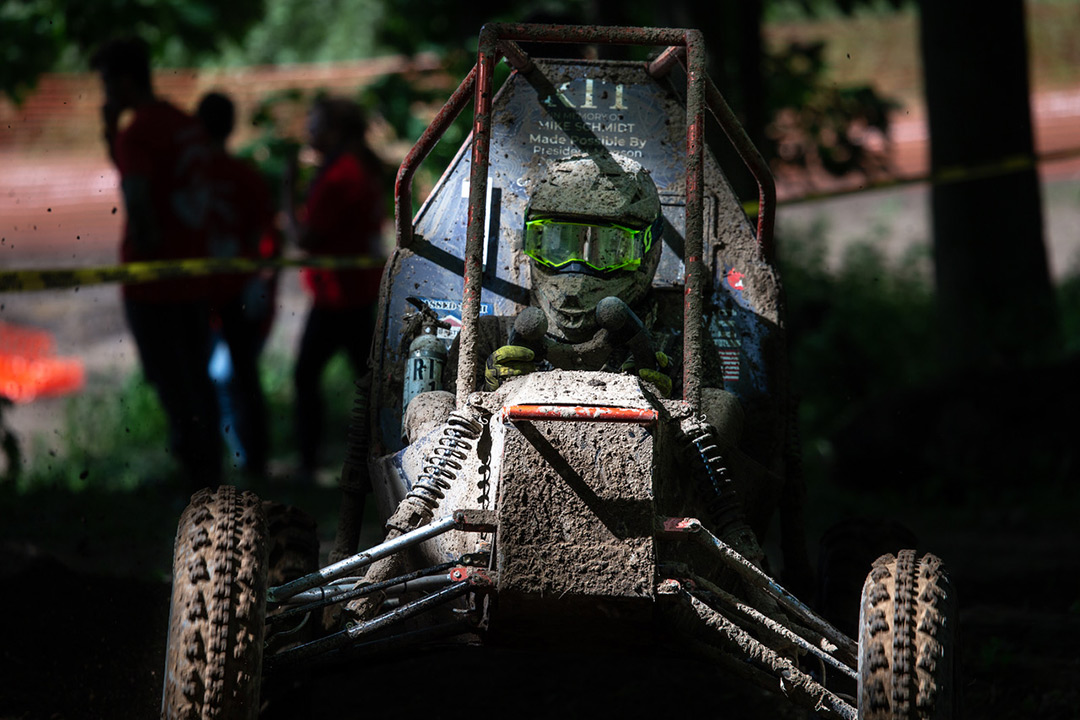 RIT Baja placed 10th overall at the recent Baja SAE Rochester World Challenge. The team was among 100 teams in the international off-road race competition and hosts of the major collegiate design event for the sixth time.

The closing event of the 2019 season brought together seasoned champions as well as several first-year teams. There were individuals who had never seen a collegiate Baja event before. And companies seeking student-engineers were able to watch teams from around the world compete in vehicles they designed, tested and built. Several would come away with internships or job offers. 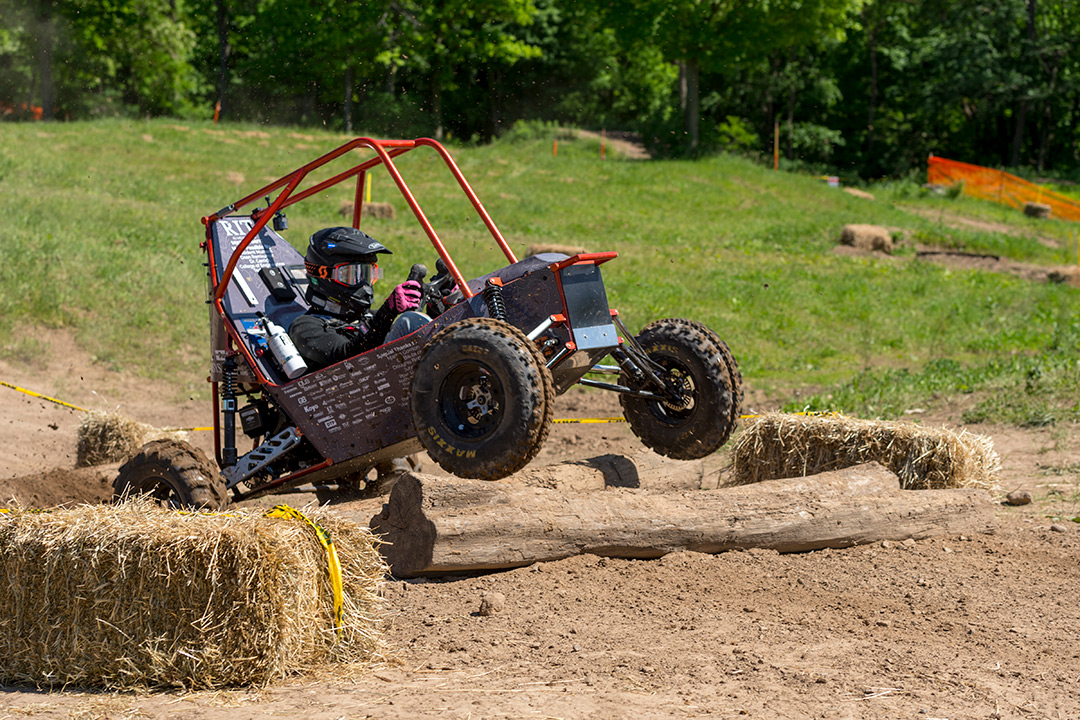 Elizabeth Lamark RIT Baja moved through the tough suspension and traction event during Baja SAE Rochester, testing the racecar’s power and agility, and placing first in the event.

Baja SAE Rochester might be remembered for the suspension and traction event, one of several on dynamics day, that elicited gasps from the crowd watching as cars negotiated the obstacles or had to be towed off the field. Teams needed to be tactical—and fearless—to get over the rocks and telephone poles embedded in the ground on the way down the hill, then hairpin turns, mud and more rocks on the way back up.

“This year we had an awesome suspension team and they did a heck of a job and designed a great suspension system,” said Spenser Lionetti ’19, part of RIT’s engine system team. The graduate of RIT’s mechanical engineering technology program has been on the team for three years and watched as RIT’s racecar performed well throughout the competition, especially during the suspension event.

“The run was just flawless, it looked perfect. And the car, the way it moved was just something out of a dream,” he said.

RIT would take top placements in the sales, suspension and hill climb individual events, win the Overall Dynamic events part of the competition and place 10th overall among all teams. Some engine problems occurred during the endurance race but were addressed with pit stops and patience; the team would place 29th out of 85 teams that qualified for the four-hour race.

One of those qualifying teams was the No. 66 car from North Carolina State University. Starting in 76th place at the start of endurance, the team would move up 20 slots by the end despite a roll-over midway.

“We’re a work in progress,” said Katie Lawson, a first-year student and sales event team lead. “Although our acceleration time was not what we had hoped, by the start of the endurance race, we’ve moved up in the standings, just in the first 45 minutes of the race. We’ve been seeing great improvement from event to event.”

For some of the spectators, it was the first time they had seen an event. Val Meyerson is a parent of Jeremiah Johnson, a Baja student-engineer from the University of Michigan. She volunteered for the Rochester event to help out and to see what her son gets so “geeked up” about.

“I cannot believe how durable these cars are, and the students who built them are amazing,” she said. “I’m happy to be here to see all of this. It’s been crazy—and impressive.”

Baja provides a “green flag” for the start of a race, but also for careers. Corporate sponsors attend as volunteers and also to recruit engineering talent. Representatives from the national sponsor, Volvo Group, for example, spoke to more than 250 students over the course of the four-day competition, said Karmen Meeks, University Relations Manager.

“We enjoy coming to these events to speak with you and your teammates, to see your work,” she said at the closing banquet. “The company set up numerous interviews and offered—and received acceptances—for seven internships or jobs with the company.” 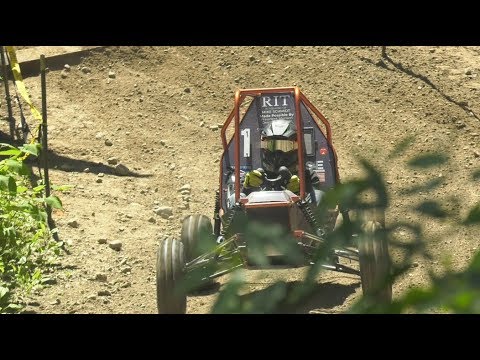