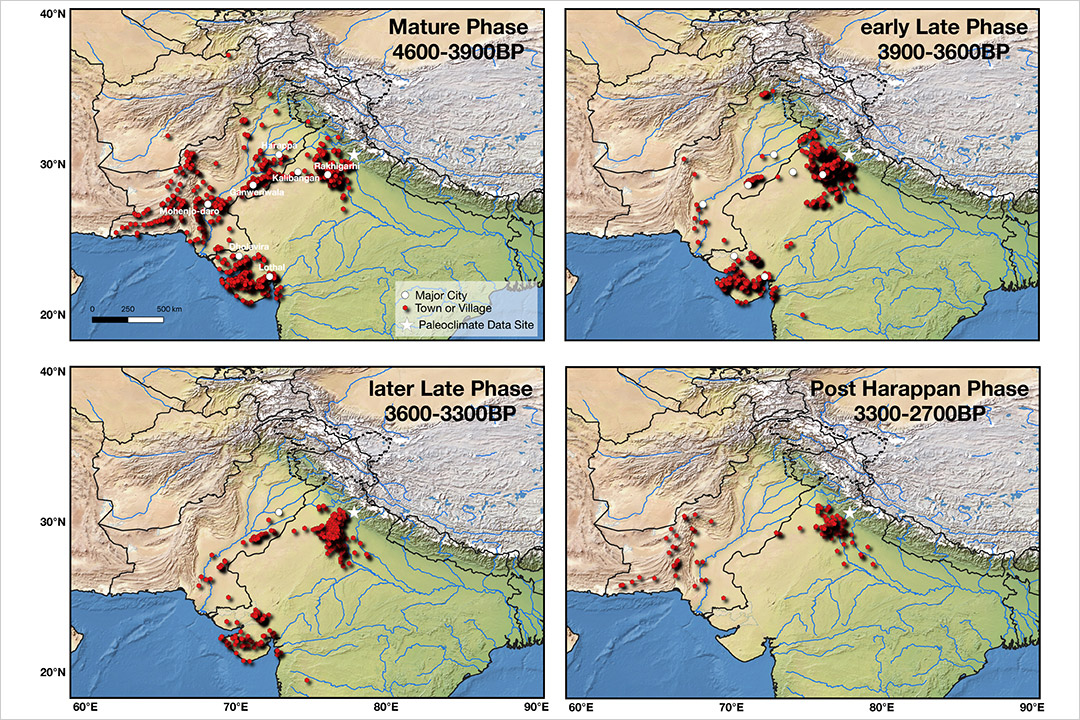 This figure shows the settlements of the Indus Valley Civilization during different phases of its evolution. RIT Assistant Professor Nishant Malik developed a mathematical method that shows climate change likely caused the rise and fall of the ancient civilization.

A Rochester Institute of Technology researcher developed a mathematical method that shows climate change likely caused the rise and fall of an ancient civilization. In an article recently featured in the journal Chaos: An Interdisciplinary Journal of Nonlinear Science, Nishant Malik, assistant professor in RIT’s School of Mathematical Sciences, outlined the new technique he developed and showed how shifting monsoon patterns led to the demise of the Indus Valley Civilization, a Bronze Age civilization contemporary to Mesopotamia and ancient Egypt.

Malik developed a method to study paleoclimate time series, sets of data that tell us about past climates using indirect observations. For example, by measuring the presence of a particular isotope in stalagmites from a cave in South Asia, scientists were able to develop a record of monsoon rainfall in the region for the past 5,700 years. But as Malik notes, studying paleoclimate time series poses several problems that make it challenging to analyze them with mathematical tools typically used to understand climate. 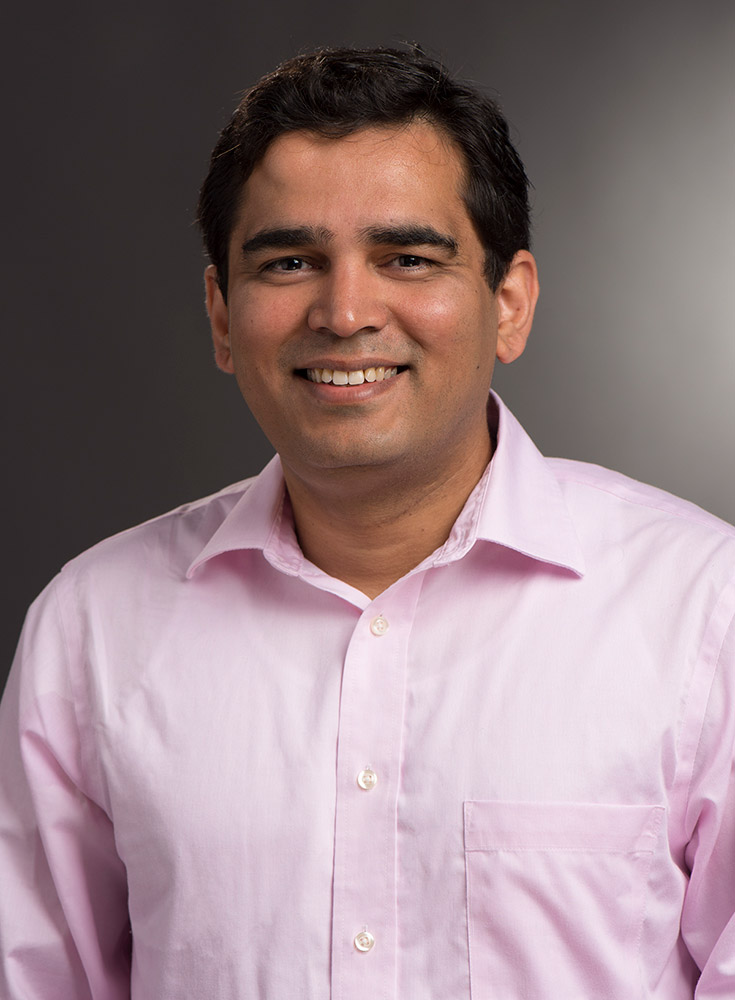 “Usually the data we get when analyzing paleoclimate is a short time series with noise and uncertainty in it,” said Malik. “As far as mathematics and climate is concerned, the tool we use very often in understanding climate and weather is dynamical systems. But dynamical systems theory is harder to apply to paleoclimate data. This new method can find transitions in the most challenging time series, including paleoclimate, which are short, have some amount of uncertainty and have noise in them.”

There are several theories about why the Indus Valley Civilization declined—including invasion by nomadic Indo-Aryans and earthquakes—but climate change appears to be the most likely scenario. But until Malik applied his hybrid approach— rooted in dynamical systems but also draws on methods from the fields of machine learning and information theory—there was no mathematical proof. His analysis showed there was a major shift in monsoon patterns just before the dawn of this civilization and that the pattern reversed course right before it declined, indicating it was in fact climate change that caused the fall.

Malik said he hopes the method will allow scientists to develop more automated methods of finding transitions in paleoclimate data and leads to additional important historical discoveries. The full text of the study is published in Chaos: An Interdisciplinary Journal of Nonlinear Science.