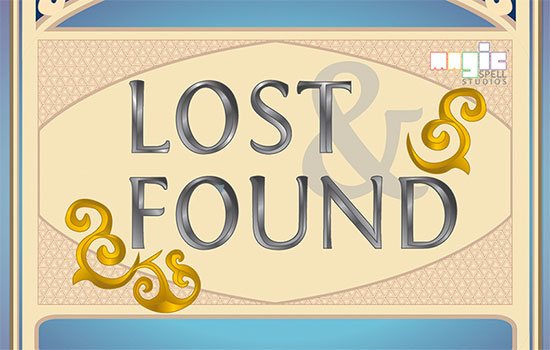 Owen Gottlieb and his interdisciplinary design and production team have launched two games, Lost & Found and Lost & Found: Order in the Court - the Party Game.

A team of interdisciplinary researchers, designers and developers led by Owen Gottlieb, an assistant professor of interactive games and media at Rochester Institute of Technology, has produced two first-of-their-kind table-top games that aim to promote and enhance the public understanding of religion and law.

“At a time when there is a great deal of divide in the country, as well as a lack of understanding of people’s cultures and what it means to be of a religious tradition that has a legal system, this competitive and collaborative game is one way to begin discovering how we might bridge the divide,” said Gottlieb, of the strategy game. “The legal systems that are being taught in this game are about governance, caring for your neighbors and building sustainable communities.”

In Lost & Found, players take on the role of villagers who must balance personal needs with the needs of the community, all while navigating medieval religious sacred law systems. The game centers on laws that help solve community problems and were handed down over hundreds and sometimes thousands of years of legal tradition. The initial model of the game teaches Maimonides’ Mishneh Torah, a medieval Jewish law code. In the future, the team plans to build out the game to incorporate Islamic and potentially other religious law systems.

“I first began thinking about developing games for the understanding of religious law back in 2011,” said Gottlieb. “I recognized the potential and studied this religious law in rabbinical school. While I was studying the texts, I even began to find agricultural illustrations that looked like a game board. The texts also used law cases and built hypothetical situations around them. You see, legal codes are based on rule-based systems, and games are based on rule-based systems. Upon close examination, the parallels are evident. Rather than focusing on arcane, hard-to-read texts in our teaching of these ruled-based systems, what if we made these law cases quickly tangible, engaging and engrossing through the medium of contemporary games?”

The second game in the series, Order in the Court – The Party Game, uses the party-game genre to have players compete by creating stories about possible reasons behind the formation of medieval laws. Played for humor, the game generates curiosity about the law and quickly moves players into discussing the possible reasons for and meaning of the laws.

The games, available at lostandfoundthegame.com, are distributed through RIT’s MAGIC Spell Studios. Lost & Found is available for $38.99 and is geared toward high school and college-aged students due to its level of strategic complexity. The second, Order in the Court – the Party Game, is available for $35.99 and is accessible for junior high students as well as older teens and adults.

The games are the result of nearly four years of research and development with help from graduate and undergraduate students, and faculty in RIT’s School of Interactive Games and Media and the College of Imaging Arts and Sciences. Professor Ian Schreiber of RIT’s School of Interactive Games and Media is core mechanics designer for the games. Gottlieb says the intricate details and architectural patterns drawn on the cards by RIT students are representative of 12th- century North Africa, and he views the games as teaching tools for universities, high schools, libraries and museums.

“Games are incredibly difficult to make,” added Gottlieb. “There were times when our development team, including visual artists, designers, historians and game developers, would work until midnight or beyond reading the laws and trying to figure out how to translate the laws into a playable game system. In terms of a board game that examines legal reasoning, legal thought, legal implications and even history, there are limitless opportunities for educators to adapt it to their curricula. An upcoming project for our team is drawing from research to develop curricula for these games.”

The project was developed in collaboration with the Initiative in Religion, Culture and Policy @MAGIC, housed within RIT’s Center for Media, Arts, Games, Interaction and Creativity (MAGIC). Gottlieb is the founder and lead research faculty of the initiative, which cultivates new research focused on games, religious literacy, the acquisition of cultural practices and the implications on policy and politics. Also credited in the production of both games are the B. Thomas Golisano College of Computing and Information Sciences and RIT’s Office of the Vice President for Research. The digital prototype version of Lost & Found was supported and funded by the National Endowment for the Humanities. 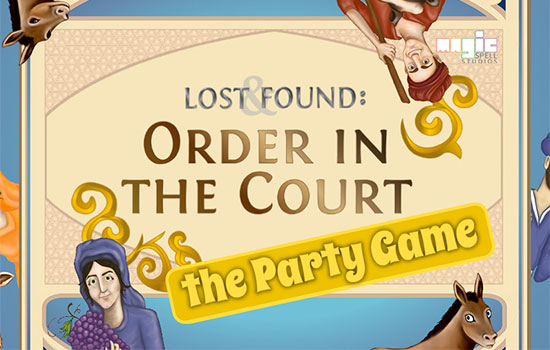