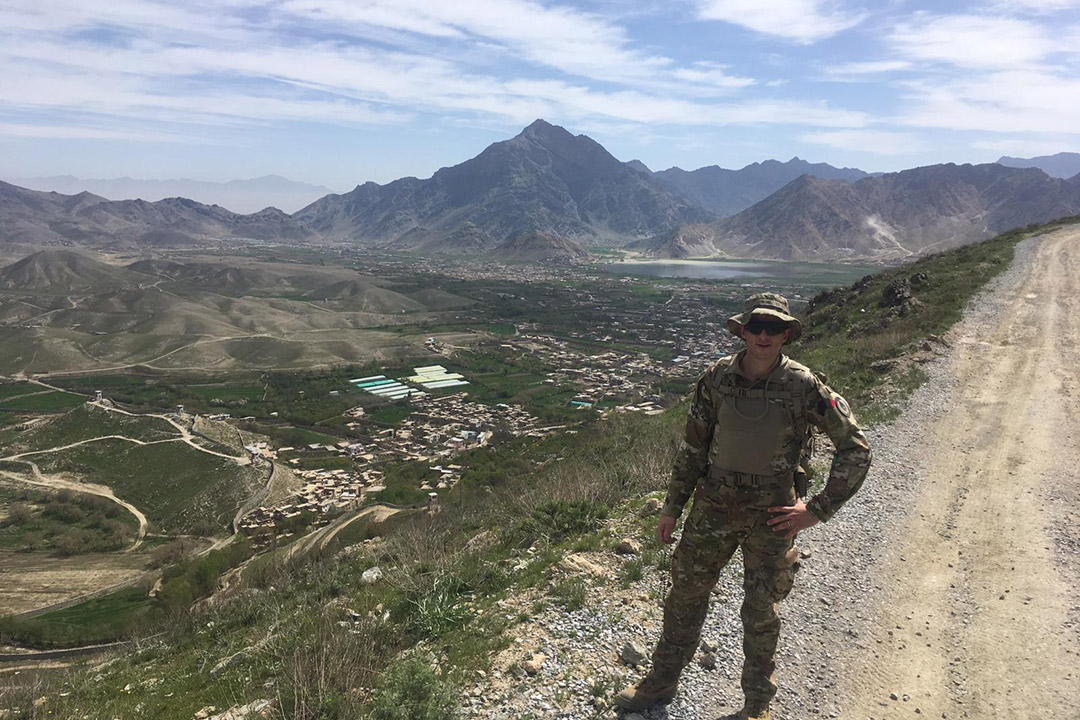 RIT computing security lecturer Justin Pelletier is back to his regular office hours this semester, after taking part in a six-month-long military tour in Afghanistan earlier this year.

As an Army Reserve counterintelligence officer, Pelletier traveled across Afghanistan and was based in the special operations headquarters, helping to assess and counter foreign threats. 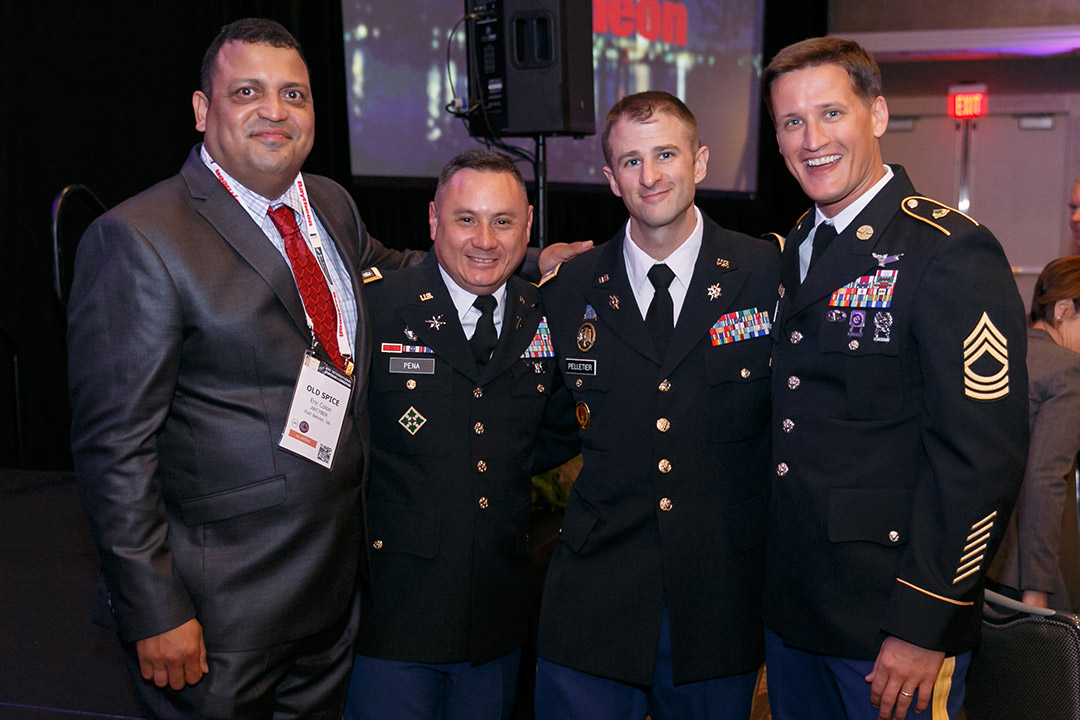 All the while, he stayed connected with RIT. Upon his return in September, he even brought back a special gift for the university.

At RIT, Pelletier '07 (MBA) wears many hats — as a lecturer, director of the Collegiate Penetration Testing Competition and director of the Global Cybersecurity Institute Cyber Range and Training Center. With the new Global Cybersecurity Institute (GCI), RIT aims to address the global cybersecurity crisis by conducting groundbreaking research, education and professional training and development. The new three-story facility is expected to open in fall 2020.

Question: What did you do in your most recent tour of duty?

Answer: I was a military intelligence officer for the allied special operations command in Afghanistan.

What was it like to stay connect with RIT while on active duty?

It was a great relief, actually. A lot of folks unwind with movies or video games, but I found that staying connected with the RIT community allowed me to cognitively dissociate from the warzone while remaining productive. In particular, working with the amazing students and colleagues in the Department of Computing Security was like a beacon of normalcy. Also, being part of the broader team from across the university working on the Global Cybersecurity Institute reminded me that there are great folks working hard back home to make the world safer. 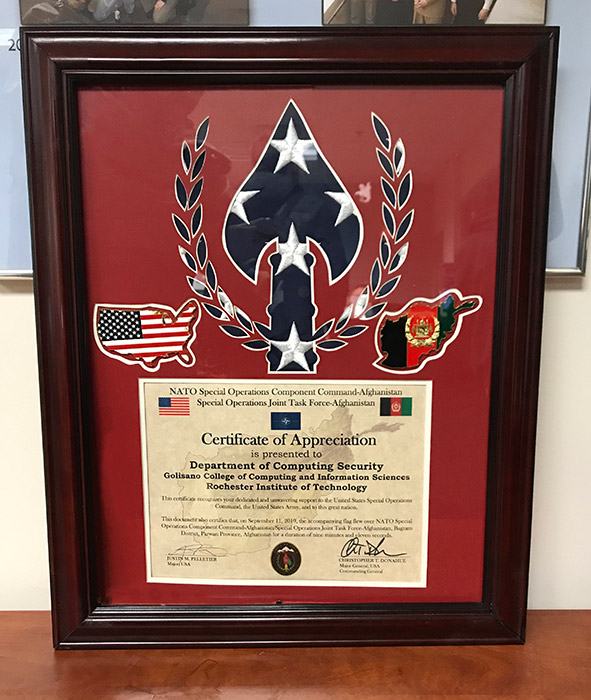 While on duty, Pelletier secured a plaque that is now displayed in RIT’s Department of Computing Security office. The flag in the plaque flew over the headquarters of the NATO Special Operations Component Command for Afghanistan on Sept. 11, 2019, for exactly nine minutes and 11 seconds.

What did you bring back to RIT from your time on duty?

I procured a plaque for the Department of Computing Security, and a similar one for the Golisano College of Computing and Information Sciences Office of the Dean, as a token of appreciation for the camaraderie and support RIT provided while I was away. Each plaque contains a flag that flew over the headquarters of the NATO Special Operations Component Command for Afghanistan on Sept. 11, 2019, for exactly nine minutes and 11 seconds. On that day in 2001, we realized that our civilian infrastructure is a prime target for terrorism. I hope the plaques remind us how high the stakes are and that we each need to do our part to make the world a better place.

How did you start your cybersecurity role in the military?

I got into cybersecurity when I was a civil servant in the Defense Intelligence Agency. It was a great way to combine my computer science background with the security focus I picked up as a uniformed intelligence officer.

Why is cybersecurity an important aspect of the military?

Cyber is now recognized as the fifth domain of warfighting, but I think we are still defining exactly what we mean by “cyber.” There has been a gradual expansion of the concept to include the full electromagnetic spectrum. I propose that the most important component of cybersecurity, though, is the human decisionmaker. In my opinion, the power of the cyber domain is its ability to both pierce—and promulgate—the fog of war.

What kinds of things are you excited to get to work on back at RIT?

I am most excited to work with the students! Their competence and enthusiasm are contagious. More specifically, I think we have some amazing initiatives underway at RIT that directly address the most critical security vulnerabilities in our world today. I feel happy to contribute to our national security as a uniformed military member. That said, the military and intelligence community are optimized to thrive in an adversarial information environment. Our civilian population and critical infrastructure industries remain quite vulnerable, though. I believe what we’re doing at RIT directly addresses the greatest risks to our global community, and I am honored to be a part of the team.

What are you doing next as part of the military?

I have just been accepted to become a Foreign Area Officer in the Army Reserves. This is something like a military diplomat. I expect my area of emphasis will be Europe and Eurasia.