Alternative treatment focuses on controlling the ‘fight or flight’ response 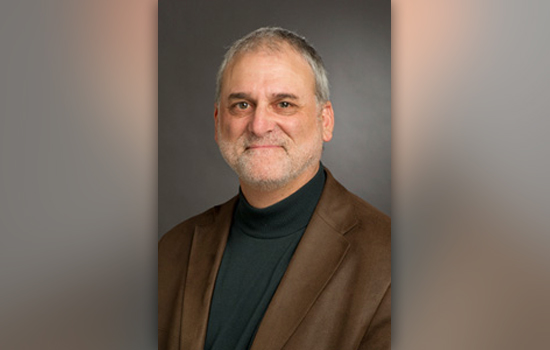 A novel approach to treating children diagnosed with autism spectrum disorder could help them navigate their world by teaching them to turn their symptoms into strengths.

In the article “Symptoms as Solutions: Hypnosis and Biofeedback for Autonomic Regulation in Autism Spectrum Disorders,” published in the winter edition of the American Journal of Clinical Hypnosis, Dr. Laurence Sugarman, a pediatrician and researcher at Rochester Institute of Technology, details a treatment method that teaches affected children how to control their psychophysiology and behavior using computerized biofeedback and clinical hypnosis.

The article coincides with the publication of the second edition of Sugarman’s textbook, Therapeutic Hypnosis with Children and Adolescents, Crown House Publishing, 2013, written with William Wester.

Sugarman’s model is tied to learning to self-regulate the autonomic nervous system—including the fight or flight mechanism—that, for many people with autism, is an engine idling on high.

“Teaching kids with autism spectrum disorder skills in turning down their fight or flight response and turning up the opposite may fundamentally allow them to be more socially engaging, decrease some of the need for cognitive rigidity and repetitive behaviors and, more importantly, allow them to feel better,” says Sugarman, director of RIT’s Center for Applied Psychophysiology and Self-regulation in the Institute for Health Sciences and Technology.

His treatment model underlies three ongoing projects at the center involving different age groups: teaching coping skills to RIT students with anxiety or autism; developing a computer-based role-playing game using autonomous biofeedback for teenagers; and creating a new service and research program for family members with autism for AutismUp (formerly Upstate New York Families for Effective Autism Treatment). The latter, called the Parent Effectiveness Program, began this fall and will repeat in the spring. The study trains parents of young children diagnosed with autism and measures results of their training on the behaviors of their affected children.

Sugarman developed his method in response to the rise in autism spectrum disorders he has witnessed in his 30 years working with children in primary care and, then, in developmental behavioral pediatrics at the Easter Seals Diagnostic and Treatment Center in Rochester. Instead of trying to change the symptoms associated with autism, his approach recognizes the symptoms as an effort to self-regulate inner turmoil.

The treatment integrates autonomic biofeedback and clinical hypnosis into his therapy. Sensors attached to his patients measure respiration, perspiration, heart rate and variation, and blood flow/circulation. Children with autism learn to correlate the signals and visual representations displayed on the computer screen (the “Dynamic Feedback Signal Set”) with their emotions. During therapy sessions, the children practice changing their feedback response and learn to manipulate their own internal wiring. Sugarman uses clinical hypnosis to generalize and internalize feedback techniques—discerning situations and controlling their responses—into their daily lives.

“Hypnosis is a 250-year-old Western study of how social influence and internal physiology can be changed,” he says. “Mindfulness is a slice of this.”

Sugarman teaches pediatric hypnosis workshops around the world. This fall, he presented at the Regional Center for Child and Adolescent Psychiatry in Oslo, Norway, and the Milton Erickson Geselleschaft in Heidelberg, Germany. In Heidelberg, Sugarman also presented his treatment model and research using biofeedback and hypnosis with children with autism receiving “very affirmative responses.”

“We think we can make a big difference for young people with autism spectrum disorder,” Sugarman says. “The need is there.”