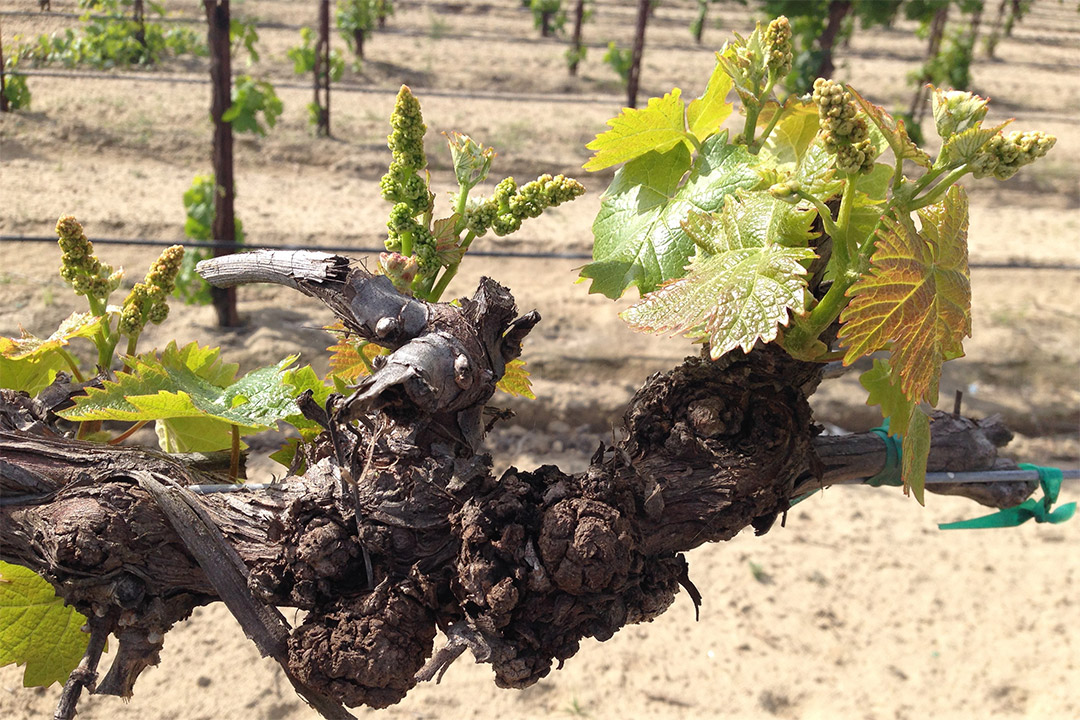 Scientists have mapped the DNA of bacteria found within a chronic disease affecting grapevines, a feat they hope will ultimately help protect the multibillion-dollar grape industry that produces juice, jelly, wine and other important products.

Researchers including several Rochester Institute of Technology faculty and alumni sequenced the microbiome found within tumors of grapevines afflicted with crown gall disease. The study spanned four continents and sheds light on the complex interaction between the grapevine and its microbial community, which could lead to better management of the crown gall disease in the future.

“The research is important given that the Finger Lakes region is such a large producer of wine,” said Professor André Hudson, head of RIT’s Thomas H. Gosnell School of Life Sciences. “Crown gall disease is caused by the plant pathogen Allorhizobium vitis and is one of the most debilitating diseases of grapes that impacts production and quality.”

The disease occurs when bacteria infect grapevines at the crown of the plant, where the root and the shoot meet.

“Bacteria transfer genes into the cells of the grapevine at the crown of the plant,” explained Michael Savka, professor at RIT’s Thomas H. Gosnell School of Life Sciences. “The piece of DNA that’s transferred into the grape cells basically encodes enzymes that allow for the plant cells to overproduce two hormones. Unregulated production of these two hormones leads to the crown gall tumor, a chronic disease that degrades the vigor of the plant.”

The international team of researchers conducted next-generation DNA sequencing of 73 tumor samples taken from grapevines from as close as Geneva, N.Y., and as far as Hungary, Tunisia and Japan. Han Ming Gan ’08 (biotechnology), a senior research fellow in genomics at Deakin University, said the study provides researchers a database that can be used to assess the disease stage of crown gall tumors in the future. The fundamental research can pave the way for more advances to combat the disease.

“Moving forward, what would be nice is to look at the functional aspect that can be attained using whole metagenome sequencing,” said Gan. “So far, the information that we obtained is on the ‘who’ but not the ‘how.’ In other words, we know which bacteria are in the galls but not what they are capable of doing.”

The study is the latest in RIT’s expanding portfolio of research in genomics. The full study, published in Frontiers in Microbiology, is available at https://www.frontiersin.org/articles/10.3389/fmicb.2019.01896/full.