RIT alumnus studies the intersection of technology and the liberal arts 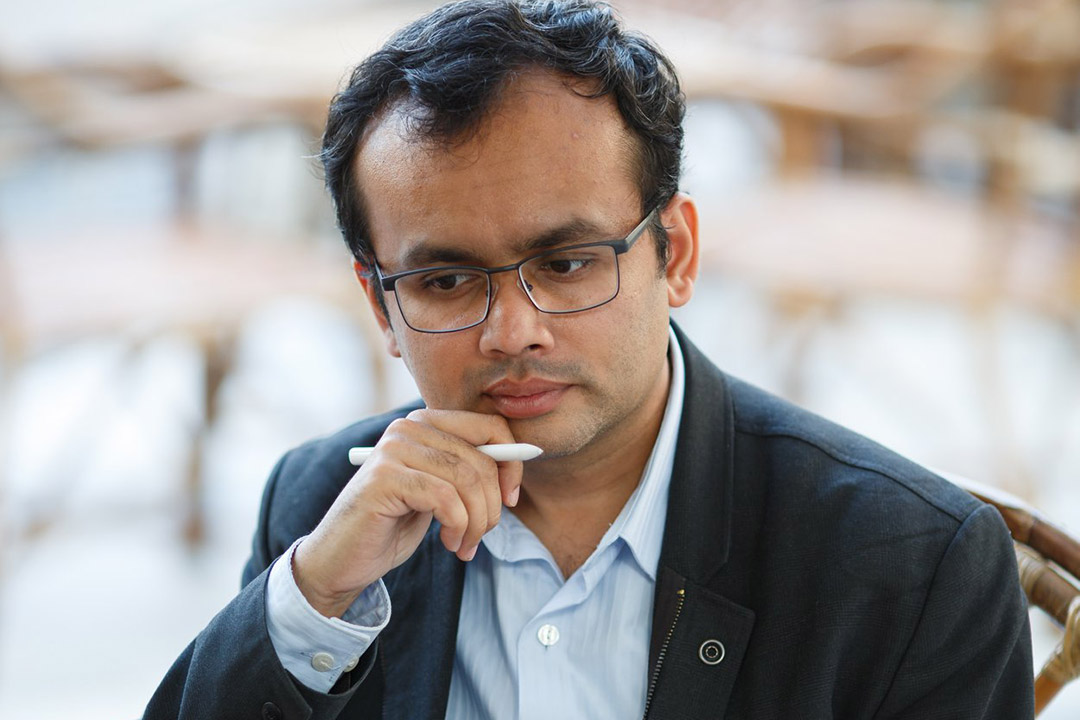 Muhammad Aurangzeb Ahmad ’06 (computer science) is this fall’s Stan McKenzie Salon speaker. The event, “Irresponsible AI: Why Artificial Intelligence is Broken and How Liberal Arts Can Help Fix It,” will feature Ahmad and Evan Selinger, professor of philosophy, discussing the intersection of technology and the liberal arts.

Though he graduated with a computer science degree, alumnus Muhammad Aurangzeb Ahmad ’06 spent much of his time at RIT in the College of Liberal Arts.

Ahmad was interested in the intersection of technology and the liberal arts, and had a particular interest in philosophy. He completed three independent studies with Jack Sanders, the chair of the philosophy department at the time, and fondly remembers Evan Selinger’s Philosophy of Technology class, a perfect blend of his interests.

In fact, Ahmad ended up taking enough philosophy courses to declare a second major, although RIT didn’t offer a philosophy major then.

After leaving RIT, Ahmad obtained a Ph.D. in computer science from the University of Minnesota, where his research focused on modeling human behavior in massive online games. He then spent several years at various startups, large organizations, and academic institutions before realizing he wanted to apply his research to something more meaningful, he said.

When he moved to Washington, Ahmad reached out to his undergraduate advisor and mentor, Ankur Teredesai, a former RIT computer science professor. Teredesai had co-founded a healthcare artificial intelligence (AI) company, KenSci Inc., and recruited Ahmad to work as a principal research data scientist.

There, Ahmad applies the foundations of his philosophy education. It’s his job to ensure that the AI models KenSci is creating for healthcare applications are accountable, fair, and responsible.

Ahmad is also an affiliate assistant professor in the department of computer science at the University of Washington, where he teaches courses on machine learning and AI.

He is a firm believer that inserting humanities and the liberal arts into science and technology curricula is imperative. Ahmad ensures issues related to bias and fairness, and the ethical and moral implications of technology, are integrated into his coursework.

“The default mode in which students are taught sciences and technology at universities is to address problems in a mostly mechanistic manner. They focus on performance metrics,” Ahmad said. “There’s nothing inherently wrong with that, but it only gives you part of the picture. The human being can get lost in the numbers. Students are seldom taught how these technologies might affect people in the real world.”

Tomorrow, Nov. 4, Ahmad will return to RIT as this fall’s Stan McKenzie Salon speaker for a virtual conversation with his former professor, Evan Selinger. The event, “Irresponsible AI: Why Artificial Intelligence is Broken and How Liberal Arts Can Help Fix It,” will feature Selinger and Ahmad discussing the intersection of technology and the liberal arts.

Event details and a registration link can be found on the RIT Events Calendar.