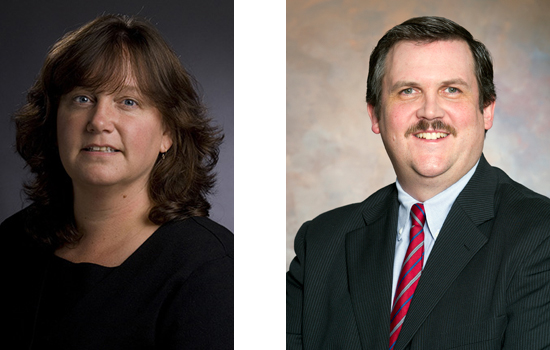 “I’m not telling women to be like men, what I’m telling them is to evaluate what men and women do in the workforce and at home, without the gender bias.” — Sheryl Sandberg, Leaning In

Rochester Institute of Technology was recently was awarded $66,225 as part of a National Science Foundation ADVANCE grant to develop an advocacy program to support gender equity on the campus. The university’s AdvanceRIT team will develop an Advocates & Allies Program that will include male faculty members to better address unconscious bias and help transform departmental cultures and practices toward gender equity.

RIT’s Advocates & Allies Program will be based on a successful initiative originally developed by North Dakota State University. The two universities will initially work together to develop the program infrastructure and to recruit and train participants, said Betsy Dell, associate professor of mechanical engineering technology in RIT’s College of Applied Science and Technology.

RIT’s first Ally training session for faculty men will be held 9–11 a.m. on Thursday, March 3, in Louise Slaughter Hall, room 2120. Candidates can register for the event online. The session will be led by Roger Green, associate professor of electrical engineering at North Dakota University. He is also a member of the university’s Advance FORWARD Advocates Program.

“For any diversity initiative, not just gender, you need everyone involved because everyone plays a role,” said Dell. She is also principal investigator for RIT’s grant and co-PI on North Dakota University’s grant. Dell and Robert Garrick, professor and associate department chair of CAST’s manufacturing and mechanical engineering technology department, will lead the development of RIT’s Allies & Advocates Program beginning with identifying 10 to 12 potential candidates to begin training.

“Male faculty are critical change agents in terms of increasing the hiring and promotion of female faculty in STEM fields along with ensuring the fair and equitable treatment of women within their departments,” said Garrick. “With this grant, RIT will join four other partner institutions in working towards improving the climate for all faculty beginning with the first Ally training session.”

Those skills would be developed on several levels, Dell explained, with two types of groups formed within the program—Allies and Advocates. Allies attend a formal educational workshop to discuss focused issues about how unconscious bias can affect faculty recruitment, promotion and tenure, and what actions can be taken to address the issue. From that original Allies group will come Advocates who commit to meeting regularly to collect, discuss and disseminate new research on gender bias and social issues.

“But they also make a commitment to take action,” said Dell. “It can be as simple as nominating one of their female colleagues for an award, because the research shows that women are less likely to self-nominate or be nominated. It can also be bigger, like getting involved in policy changes. It is trying overall to build an understanding and awareness of women or under-represented individuals. Equity and inclusion is everyone’s job. Close to 70 percent of the faculty at RIT are men. Involving this group intentionally in an organizational change effort is crucial.”

The program will also address a challenge unique to RIT. Last year, as part of the Advance RIT programming, campus faculty hosted a workshop titled “Navigating Department Politics,” presented by the Michigan Players. The workshop highlighted how gender, rank, ethnicity and other aspects of power relations influence climate and faculty morale.

“One of the things they noticed at RIT was that the university has a really good understanding of diversity and what it means, what bias is,” said Dell. “But faculty were hungry for what to do with this information, how can they get involved.

“So this is just one way that people can become more active. For these programs, sometimes you get push back, but more times than not, people are respected for participating on these initiatives and it is seen as professional development. A good leader needs to have the skills that would be developed through a program like this.”

Another benefit to the program will be better recruitment and hiring of diverse faculty and having this influence diverse student enrollment, said Dell.

“At RIT, the numbers are still low but improving with 34 percent female students overall. But if you have a more diverse faculty, that can also be a draw for more diverse students.”

Since the Allies & Advocates program was started, several national universities have adapted the program including Lehigh University, Louisiana Tech. Others such as Ohio State, the University of Wyoming and North Texas University will be starting their own. Garrick is expected to help train additional colleges in building the program as RIT’s becomes established.