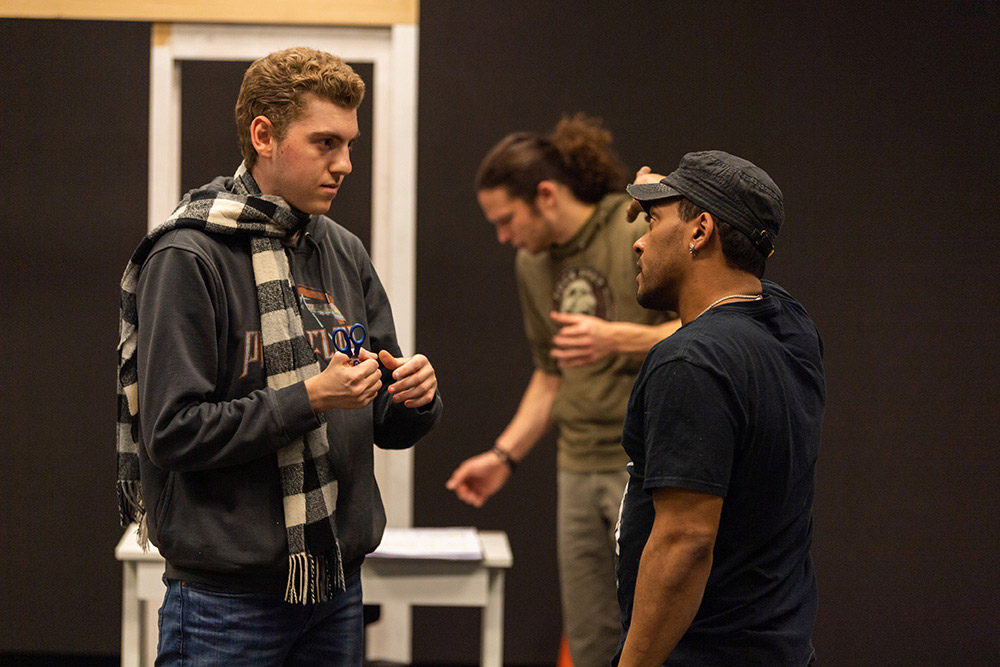 The Alfred Hitchcock classic Dial M for Murder has a new twist as Rochester Institute of Technology’s National Technical Institute for the Deaf Performing Arts translates the play into American Sign Language, making it accessible to deaf audiences. The show, which runs at 7:30 p.m. Feb. 28 and 29, and 2 p.m. Feb. 29 and March 1, at NTID’s 1510 Lab Theatre, enlists RIT students from the College of Liberal Arts as voice actors, making the production a full experience for deaf, hard-of-hearing and hearing audiences.

During the production, deaf and hard-of-hearing audience members can experience cutting-edge closed-captioning technology using smartglasses developed by Vuzix Corp. The technology, designed for live performances, combines access services with augmented reality. The remote interpretation and captioning services platform application has been placed into service in businesses, educational institutions and most recently, the Pro Football Hall of Fame museum. Vuzix will eventually refine the technology to impact access services for movie franchises, theater companies, and home television.

Those familiar with Dial M for Murder will enjoy this interpretation of the play’s dark themes. After learning of an affair, former English professional tennis player Tony Wendice, played by NTID alumnus Dack Virnig ’11 (arts and imaging studies), decides to hire a man to murder his socialite wife, Margot, played by Shaylee Fogelberg, a design and imaging technology major from Rochester, N.Y. Tony’s plot fails and the evidence is twisted, making it appear as though Margot has killed the man hired to murder her.

Performing arts at RIT has a history of delighting audiences with top-quality productions. Most recently, the university’s productions of August Wilson’s Fences and the play I and You were honored by the Kennedy Center College Theater Festival.

“Performing Arts on campus is clearly coming into its own and breaking new ground with each production,” said Davis Haggerty. “NTID’s production of Dial M for Murder is building on this energy and is a clever mix of theatrical art and technology. It’s a production that audiences will not want to miss.”

Tickets for Dial M for Murder are free and can be reserved at Eventbrite.