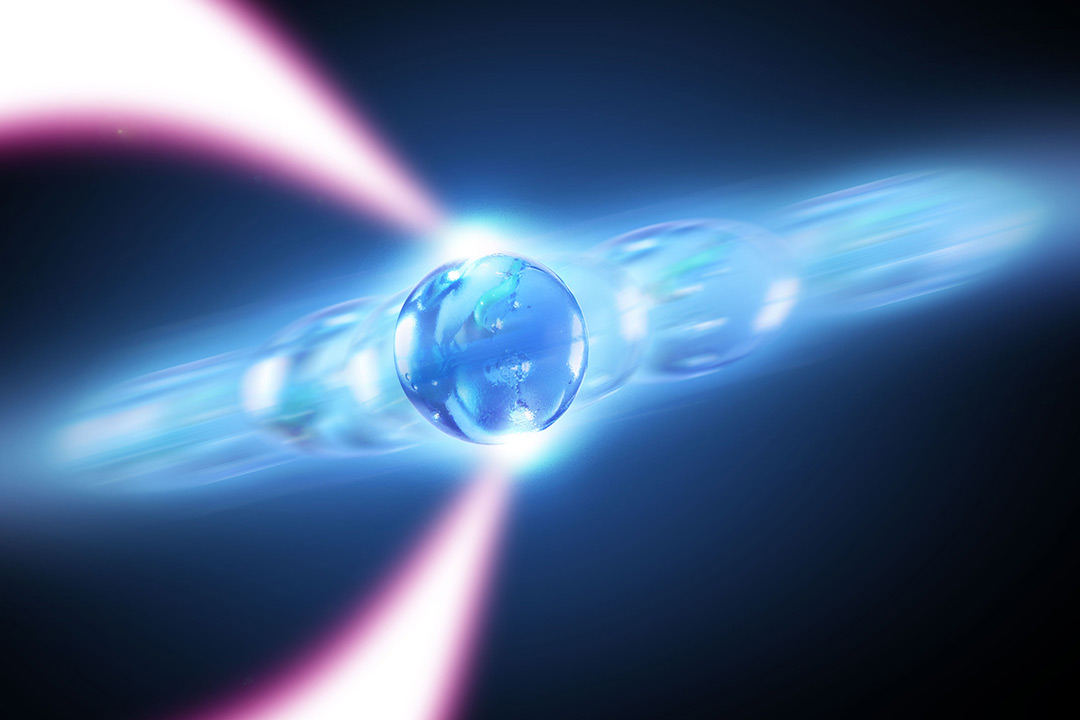 A. Nick Vamivakas and Michael Osadciw, University of Rochester illustration

In the newest issue of Nature Photonics, researchers from RIT and University of Rochester propose and demonstrate a phonon laser using an optically levitated nanoparticle.

The optical laser has grown to a $10 billion global technology market since it was invented in 1960, and has led to Nobel prizes for Art Ashkin for developing optical tweezing and Gerard Mourou and Donna Strickland for work with pulsed lasers. Now a Rochester Institute of Technology researcher has teamed up with experts at the University of Rochester to create a different kind of laser – a laser for sound, using the optical tweezer technique invented by Ashkin.

In the newest issue of Nature Photonics, the researchers propose and demonstrate a phonon laser using an optically levitated nanoparticle. A phonon is a quantum of energy associated with a sound wave and optical tweezers test the limits of quantum effects in isolation and eliminates physical disturbances from the surrounding environment. The researchers studied the mechanical vibrations of the nanoparticle, which is levitated against gravity by the force of radiation at the focus of an optical laser beam. 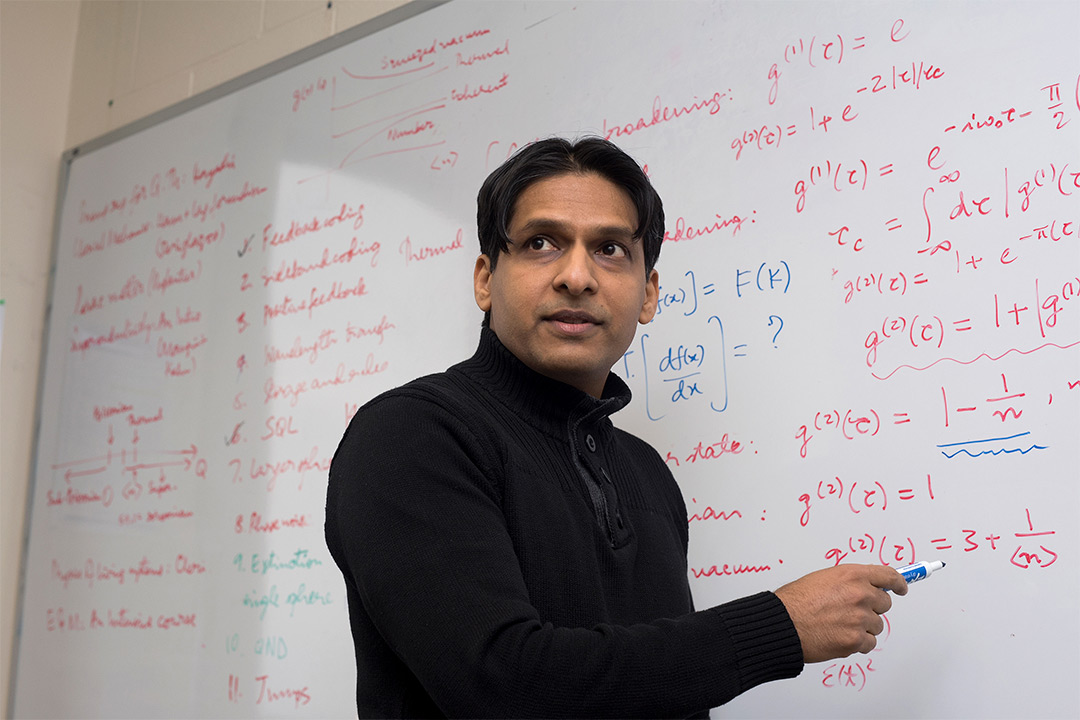 “Measuring the position of the nanoparticle by detecting the light it scatters, and feeding that information back into the tweezer beam allows us to create a laser-like situation,” said Mishkat Bhattacharya, associate professor of physics at RIT and a theoretical quantum optics researcher. “The mechanical vibrations become intense and fall into perfect sync, just like the electromagnetic waves emerging from an optical laser.”

Because the waves emerging from a laser pointer are in sync, the beam can travel a long distance without spreading in all directions – unlike light from the sun or from a light bulb. In a standard optical laser the properties of the light output are controlled by the material from which the laser is made. Interestingly, in the phonon laser the roles of light and matter are reversed – the motion of the material particle is now governed by the optical feedback.

“We are very excited to see what the uses of this device are going to be – especially for sensing and information processing given that the optical laser has so many, and still evolving, applications,” said Bhattacharya. He also said the phonon laser promises to enable the investigation of fundamental quantum physics, including engineering of the famous thought experiment of Schrödinger's cat, which can exist at two places simultaneously.

Bhattacharya collaborated with the experimental group led by Nick Vamivakas at the Institute of Optics at the University of Rochester. Bhattacharya’s theoretical team on the paper consisted of RIT postdoctoral researchers Wenchao Ge and Pardeep Kumar, while Vamivakas led current UR graduate students Robert Pettit and Danika Luntz-Martin, former graduate student Levi Neukirch and postdoctoral associate Justin Schultz.  Both groups are supported by the U.S. Department of the Navy’s Office of Naval Research via individual grants as well as a combined award which is led by the University of Rochester and includes Yale University, Northwestern University, University of Washington and University of Maryland.