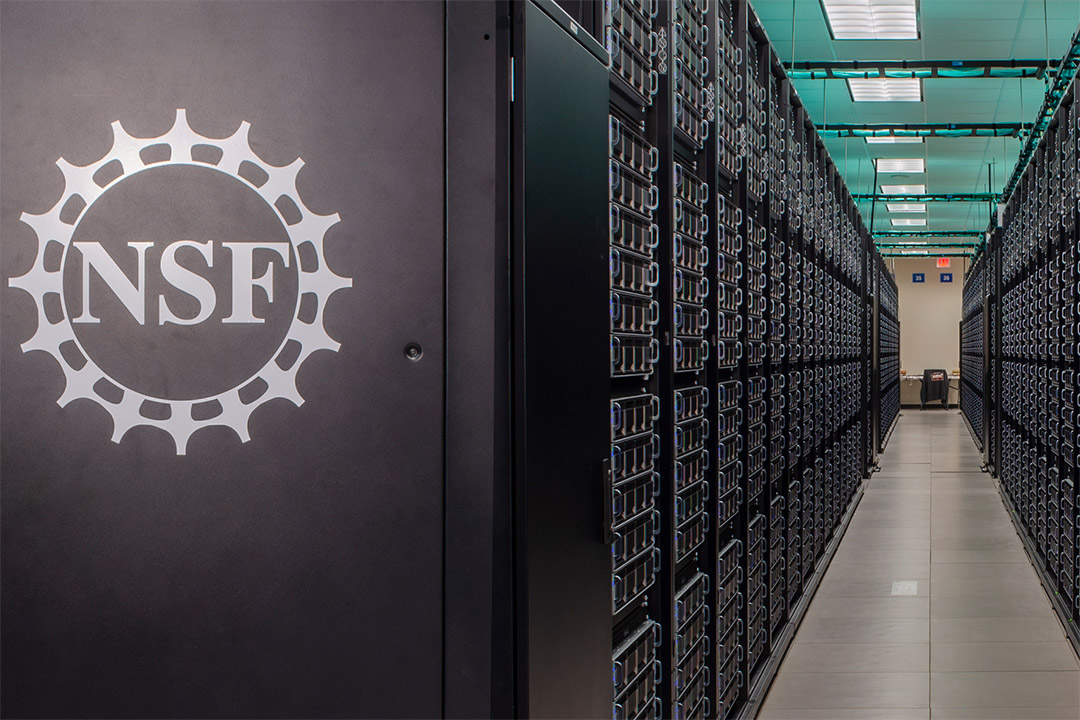 Professor Carlos Lousto secured one of 58 new science projects for 2021-2022 that received time allocations on the Frontera supercomputer.

Professor Carlos Lousto from the CCRG and School of Mathematical Sciences secured one of 58 new science projects for 2021-2022 that received time allocations on the Frontera supercomputer at the Texas Advanced Computing Center (TACC).

Frontera is a National Science Foundation-funded system designed for the most experienced academic computational scientists in the nation. Researchers are awarded time on Frontera based on their need for very large-scale computing, and the ability to efficiently use a supercomputer on the scale of Frontera.

Lousto and his colleagues at CCRG have been simulating binary black hole mergers for years and have been working as part of the LIGO Scientific Collaboration to search for gravitational waves produced by these mergers. But until now, these simulations have been based off of seven parameters—three vectors of spin for each black hole and the mass ratio of the black holes. But by leveraging Frontera, Lousto hopes to add another factor to create more complex simulations: the eccentricity of the orbit as two black holes spiral together toward collision.

“The most recent LIGO observational run found a very strange object,” said Lousto. “It was a binary black hole merger, but the models we have didn’t fit the signal we detected well. We realized we have been assuming that black holes orbit for a long time, circularize, and do a very smooth inward spiral. We never considered that there could be some eccentricity. That changes the physical scenario for the formation of these binaries. Now new events are popping up that are eccentric, something that was kind of unexpected, it was not a traditional scenario for the formation of a black hole.”

Adding that extra dimension of calculation for these simulations takes a massive amount of computing power, which is why Lousto and his co-investigator Research Associate James Healy are leveraging Frontera for the project. By comparison, Lousto estimates the project would take the best commercially available computer today approximately 221 years to complete the calculations necessary.

The allocations awarded this month represent the second cohort of Frontera users selected by the Large Resource Allocation Committee (LRAC) — a peer-review panel of computational science experts who convene annually to assess the readiness and appropriateness of projects for time on Frontera.

Scientists from RIT’s CCRG have leveraged Frontera for several projects to date, including work by Professor Manuela Campanelli, director of CCRG, to study neutron mergers and Lousto and Healy’s work simulating mergers of black holes with unequal masses.