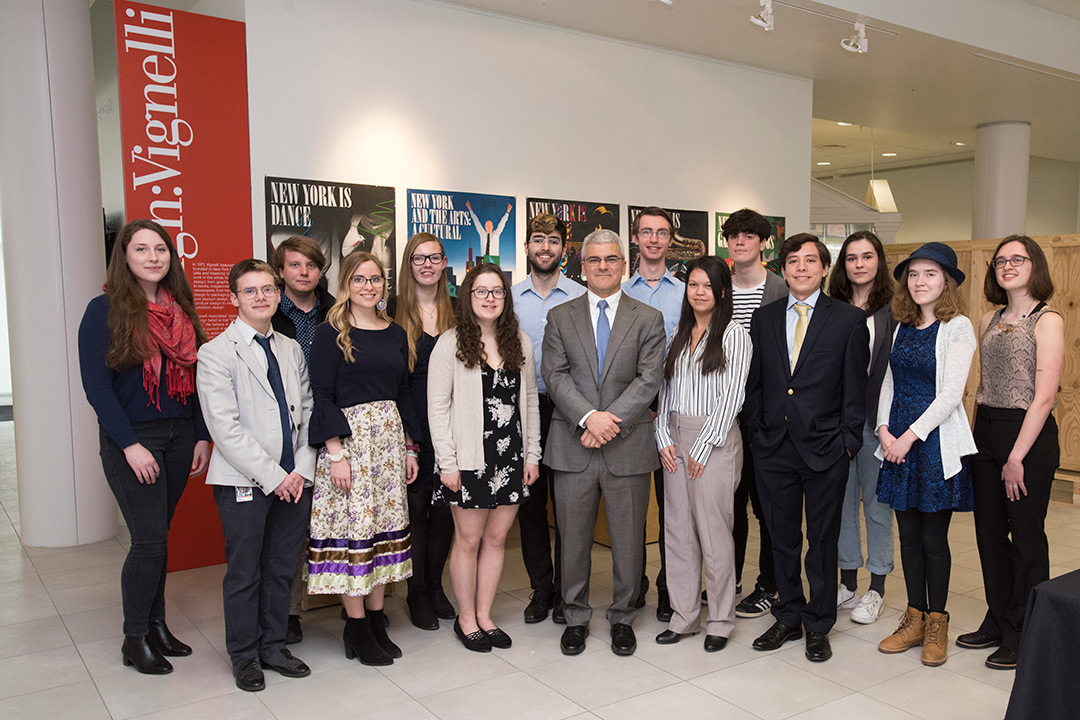 Some of the winners of 2019 writing awards, with RIT College of Liberal Arts Dean James Winebrake, center.

Rochester Institute of Technology’s College of Liberal Arts honored student achievement in writing on Friday with the presentation of more than a dozen writing awards for essays varying from sanctuary cities, how democracies can withstand outside meddling, and the excavation, preservation and reconstruction of a London theater where Shakespearian plays debuted.

“The winners of today’s awards are exceptional student writers, nurtured and guided by exceptional faculty,” said James Winebrake, dean of RIT’s College of Liberal Arts. “One of our primary goals in the college is to help students refine their writing skills. These awards recognize students who have achieved excellence in this area.”

Faculty committees in each department within the College of Liberal Arts selected student awardees from a variety of disciplines whose work embodies the ideals and standards of excellence, creative endeavor and scholarship.

This year’s Kearse Award recipients are: