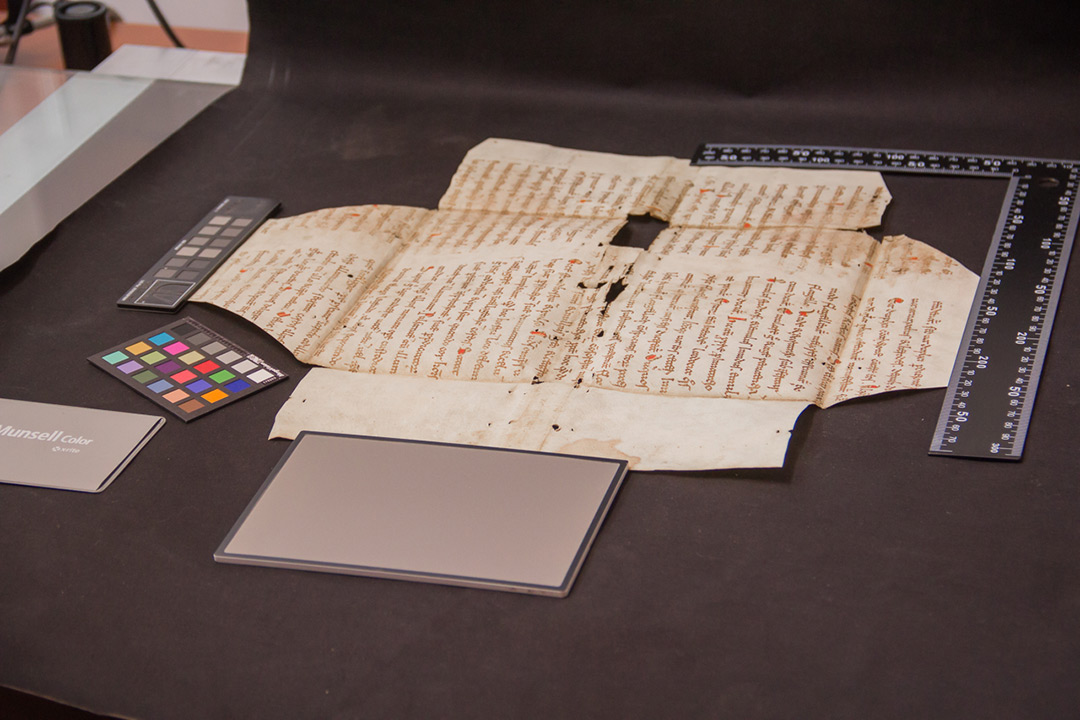 Croatia has a treasure trove of historically significant manuscripts including religious texts that date back to the 13th century, but after 800 years of fading ink and worms eating their parchment, much of the text has become impossible to read. Scientists from Rochester Institute of Technology are using multispectral imaging to make the writing legible once again and preserve the important information the manuscripts hold.

A team of faculty, students and staff from RIT’s Center for Imaging Science recently traveled to Dubrovnik in March to show scholars, historians and government leaders there how to use imaging systems to preserve historical artifacts. During their trip, the team digitally restored manuscripts and met with officials at Dubrovnik’s libraries, archives and monasteries, all of which hold documents dating back centuries. Professor David Messinger, director of the Chester F. Carlson Center for Imaging Science, said he was excited to use technology to help preserve and expand access to the historical documents.

Multispectral imaging allows scientists to reveal the Latin text on these faded manuscripts that is no longer visible to the naked eye.

“The manuscript collections there are very extensive, and our role on this trip was to enable the archivists to enhance their collections,” said Messinger. “We develop the technologies, methods and instrumentation and then get it into the hands of people who need it. Their jobs are to preserve these important collections, and I think we were able to show them how imaging systems can help.” 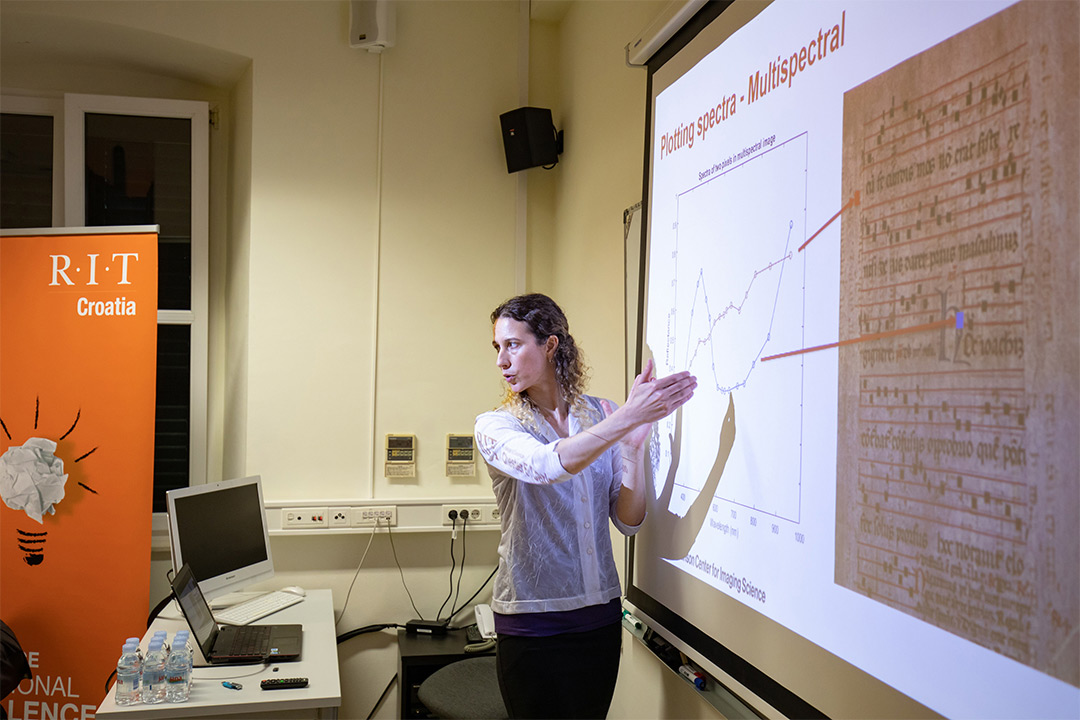 Tania Kleynhans ’17 MS (imaging science), associate scientist and imaging science Ph.D. candidate, showcased how to use multispectral imaging to restore manuscripts at a workshops for students from RIT Croatia and the University of Dubrovnik.

“The entire visit could be seen as a gold-mining expedition, and I believe that we struck gold,” said Francis Brassard, a professor at RIT Croatia who helped coordinate the trip. “Dubrovnik has a lot of hidden treasures waiting to be discovered. Through solid support from RIT, such Croatian establishments as the Libraries of Dubrovnik and the State archives in Dubrovnik could have the means to increase their significance as repositories of cultural and heritage assets with the hope of becoming more attractive for scholars and researchers from all over Europe.”

The RIT team said that this laid the foundation for more extensive manuscript imaging projects and discussed expanding study abroad opportunities for students with RIT Croatia President and Dean Don Hudspeth. Kleynhans will present on multispectral imaging of historical manuscripts at the “Techne Summit Dubrovnik” May 3-4 at the request of the Croatian Association of Historic Towns.