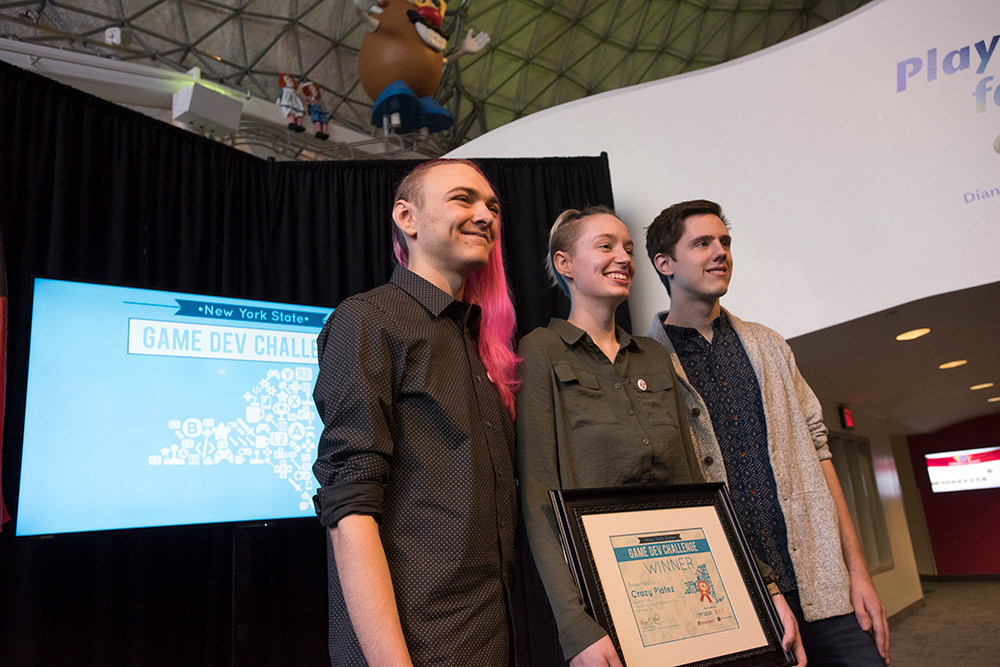 A team of Rochester Institute of Technology students is celebrating the culmination of years of hard work with the official launch of their award-winning video game.

Players race against the clock to keep the people of Rochester, N.Y., satisfied and full by delivering plates and refilling their tank before they run out of gas.

“Crazy Platez is sort of our love letter to Rochester,” said Ratcliff. “Two-thirds of our team are transplants to Rochester, and we wanted to make something that reflected how much we love the city. We have demo’d the game at lots of local events and have gained a local following as a result. In our eyes, Crazy Platez is for other Rochestarians; they are our primary audience. Our biggest hope is that they’ll love the game as much as we do.”

Cammarata said that the team is especially grateful for the support they received from RIT, MAGIC Spell Studios and New York state. In April, the team earned first place in the student developer category at the second annual New York State Game Development Challenge. Their game was also among several featured at the annual Game Developers Conference in San Francisco, the world’s largest professional gaming industry event.

“It’s been a real journey for us to learn how to ask for help when we need it, and where to look for it in the first place,” Cammarata said. “We are so fortunate to be in a position where multiple communities are itching to support teams like us, so for us, it was just a matter of looking around and getting creative at times. People who stopped by to play our game at showcases and expos were often so willing to share their thoughts, support us, and support the game—especially if they felt heard.”

Markham added: “Without MAGIC sponsoring our time to work on the game this past summer and the co-up program allowing us to continue through the end of the academic year, Crazy Platez would have never been developed to the level that it has been. The help we’ve received hasn’t just been financial. MAGIC’s network of contacts has also been very valuable to us by providing feedback and guidance that has put us on the right path.”

RIT’s MAGIC Center is a nonprofit university-wide research and development laboratory and a commercial production studio that assists in efforts to bring digital media creations up to marketplace standards and commercialization. RIT’s MAGIC Spell Studios, which opened a new building in October, focuses on nurturing and growing new companies and publishing and distributing their projects.

“We started our own studio, Aesthetician Labs, and learned a bunch about what to do—and a little bit of what not to do—when starting a business,” said Ratcliff. “For the first time, we’ve had the time and resources to really ‘finish’ a game, and see it all the way to release. From both a technical and project management perspective, we’ve learned a ton that we wouldn’t have been able to if we were just doing this as a side project on top of our classes.”

Jennifer Hinton, chief communications officer for MAGIC Spell Studios, has worked with the students since the inception of their project.

“It has been a pleasure to be a part of the journey with this team,” she said. “It takes incredible skill to develop a video game, but it takes patience and persistence on top of that to publish. Their curiosity and ability to problem solve, coupled with a work ethic and dedication to this process day in and day out, is what helped them to cross the finish line. This team represents the very best of game development at RIT. I am very proud of them and I can’t wait to see what they do next.”

RIT is one of three Digital Gaming Hubs in New York state named by Empire State Development. The hubs’ objective is to increase the economic impact to New York state by fostering innovation and creating collaborative activities that spur new games or companies as well as providing resources and mentoring to encourage students and entrepreneurs to enter the growing gaming industry. In addition, the gaming hubs will assist existing companies with gaming concepts, technologies and trends and host events focused on assisting the gaming community.

Added Cammarata: “In some form or another, the game has been in the hands of users almost since its inception, between showcases and our beta testers. That said, it’s still a very surreal feeling. In reality, not that much has changed, but it also feels momentous. I think we’re all happy to see it out in the world, to be able to say that it’s got a life of its own now.”

A launch party is scheduled for Jan. 25 at MAGIC Spell Studios. 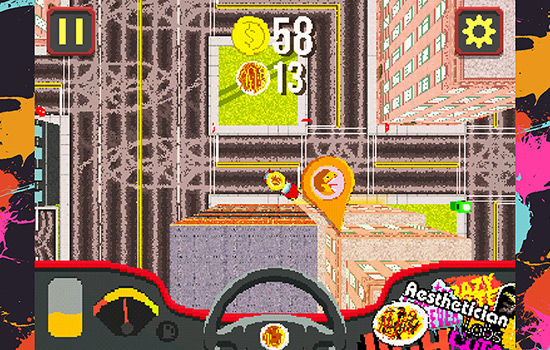