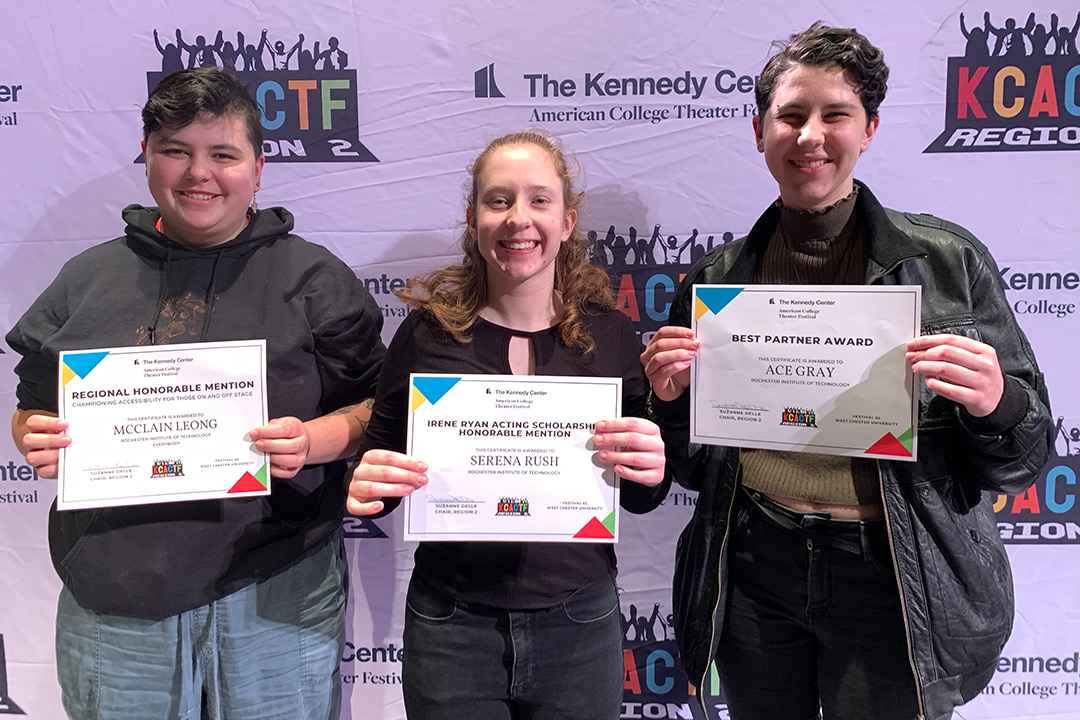 Mac Leong (left), Serena Rush, and Ace Gray took home awards for their involvement in last semester’s production of “Everybody.”

“Our students were some of the only non-theater majors at the festival, and were still recognized for their excellence in theater,” Head said.

Four RIT students were among 150 who competed in the Irene Ryan Acting Scholarship Competition. Ryan was best known as Granny in The Beverly Hillbillies.