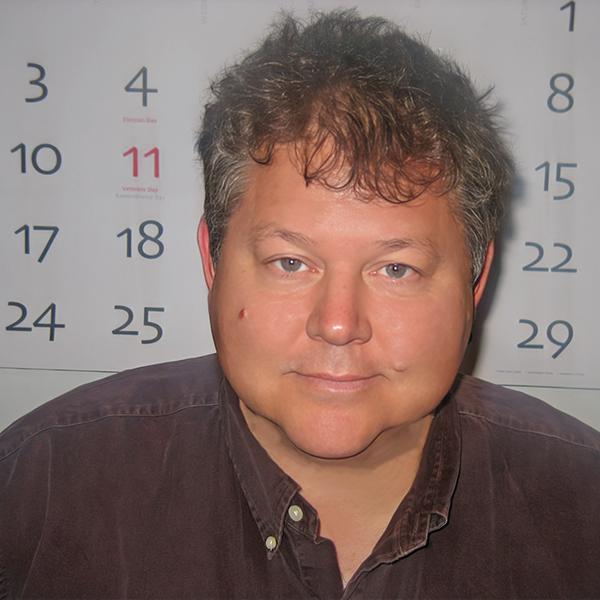 Retired Rochester Institute of Technology Professor Bruce Ian Meader will lead an enlightening typography and graphic experience at the Vignelli Center for Design Studies on March 27. The workshop will take place in the Helen Hamlyn Trust Study Room on Level 4 of the Vignelli Center. The center, which houses the complete design collection of the late Massimo Vignelli and his wife Lella, complements the 35 other archived master designers at RIT’s Wallace Library.

After a self-tailored study Visual and Verbal Communication in Graphic Design and Technical Writing at Carnegie Mellon University, Bruce Ian Meader began teaching graphic design in the School of Art at the University of Michigan in 1983. Ten years later, he began teaching typography and graphic design in the School of Design at Rochester Institute of Technology. He retired from RIT in 2019 as Professor Emeritus and moved to Abbott, Texas, to be with his daughter and his three grandchildren.

His specialty is typographic problem-solving, information design, publication design, and wayfinding design. After completing a major commission to redesign Michigan Bell’s telephone bill, which was adopted by 15 states in the U.S., he co-wrote an article, Redesigning a Telephone Bill, in the 1990 issue of Information Design Journal.

Meader played a major role in programmatic, academic, and administrative activities in the Vignelli Center for Design Studies at RIT. He designed the interior wayfinding signage system, a mark of identity, and all publications and promotional materials for the Vignelli Center.

In 2013 he was invited to spend three weeks at Central South University in Changsha, China, to help develop an information design component for the CSU design curriculum. Meader directed 26 students for 3 projects that included document design, wayfinding, and mapping.

In 2022, Professor Meader completed writing his book, The Typography Canon: A Guide to Fine Typography which hopefully will be published this year. In retirement, Meader collaborates regularly with his colleague and best friend, R. Roger Remington. His design of Professor Remington’s book, Communication Knowledge Visually: Will Burtin’s Scientific Approach to Information Design, received a 2022 AAUP design award.