Design is One: Lella and Massimo Vignelli 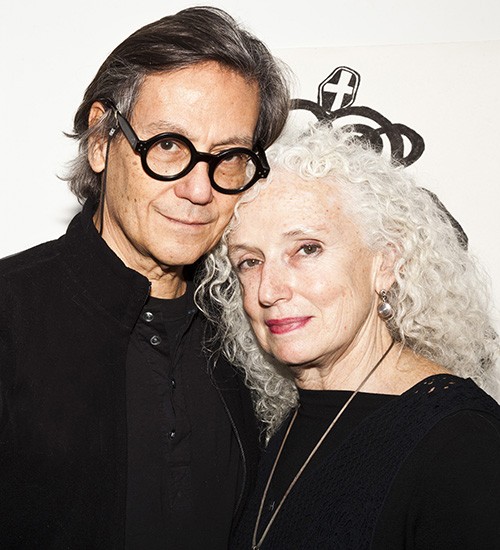 A Film by Roberto Guerra and Kathy Brew

One of the first and most dominant power couples of the design world is Lella and Massimo Vignelli, the influential creators of graphics, products, furniture, interiors, and jewelry for more than six decades. Each have distinct creative voices and mediums, yet together both represent the same name and brand: Vignelli. Today in their 80s, their long list of iconic clients - Ford, Bloomingdale's, the New York City subway. Both have strict design doctrines regarding the rightness of form and the role that design must play in the world. Despite their dogmas, their humanity is on display here as well

Design Is One, a title that pinpoints where the Vignelli's individual lives converge, is an illuminating, if not entirely seamless, tribute and biographya career-capping documentary by Roberto Guerra and Kathy Brew, which opened in New York's IFC Center in October 2013

There are the requisite testaments with analysis by a cast that includes Richard Meier, Peter Eisenman, Milton Glaser, Paola Antonelli, and others Yet the most interesting talking heads are the Vignellis themselves, who reveal the temperaments and tension that have kept their partnership operating for so long.

With intimate access, Guerra and Brew were able to get behind the Vignellis rationalism into a more ethereal realm: "We were able to see how they live, eat and breathe with their designs, Guerra says. "It's a total way of life for them, and was very inspiring to see throughout the filming process. The Vignellis are such interesting and charming people-with such elegance, a lightness of touch, and a great sense of humor."