Why should religious people or institutions get special exemptions from the law? This is an important debate in the academy, the courts, and the culture today, with the competing classical and modern views of religion at the center of this debate. Three questions are addressed: First, what do we identify as the classical and the modern views of religion? Second, what do each of those views imply for religion’s legal protection? Third, how is the battle being playing out between the competing views in the Supreme Court’s most controversial religious freedom cases? 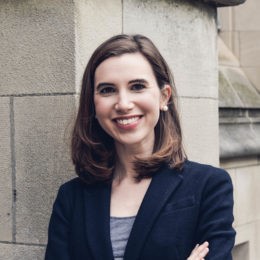 Gabrielle M. Girgis, Ph.D., is a Postdoctoral Fellow at the Ethics and Public Policy Center. She recently completed her doctorate in Politics at Princeton University, with concentrations in political theory and public law. Convinced of the importance of religious liberty for the common good, Dr. Girgis researches and writes on religion’s special protection in American law. Her dissertation on that topic was nominated in 2020 by Princeton’s Politics Department for a Distinguished Dissertation Award given annually to “original work that makes an unusually significant contribution to the discipline.” She has written and published on religious liberty topics for conferences, academic journals, and other academic and popular venues.