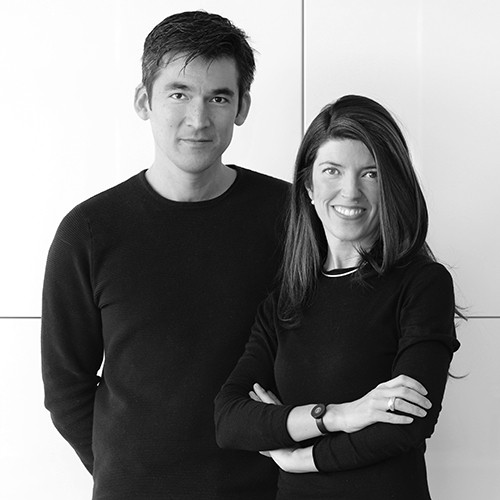 Beatriz Cifuentes-Caballero, born in Granada, Spain, attended the University of Granada and the Politecnico di Milano in the Vignelli's hometown of Milan, where she studied industrial design, set design, film, and graphic design. She began working for Vignelli Associates in 1999 and became Vice President of Design in 2007. Yoshiki Waterhouse, born in Toronto, Canada, combines interests in typography, mathematics, science, and music. Upon graduation from Yale, he worked for Bruce Mau and later at Gottshalk+Ash International. In 1999 he began working for Vignelli Associates. Following graduation from Harvard in 2010, he went to work for Richard Meier and Partners, but rejoined Vignelli Associates as an Associate in 2011.

Editor of Men's Vogue magazine, Mark Rozzo, called Massimo Vignelli in 2007 to ask if he might be interested in revisiting his 1972 subway map. Rozzo's call acted as a catalyst for ideas that had been fermenting in the minds of Vignelli, Cifuentes, and Waterhouse, and led to work far more significant than a reissue of the classic 1972 map. In fact, more significant than an update of the color scheme and correction for stations and routes that had been closed, opened, or renamed in the intervening years, it was a deep overhaul, a rethinking of every aspect of the map.