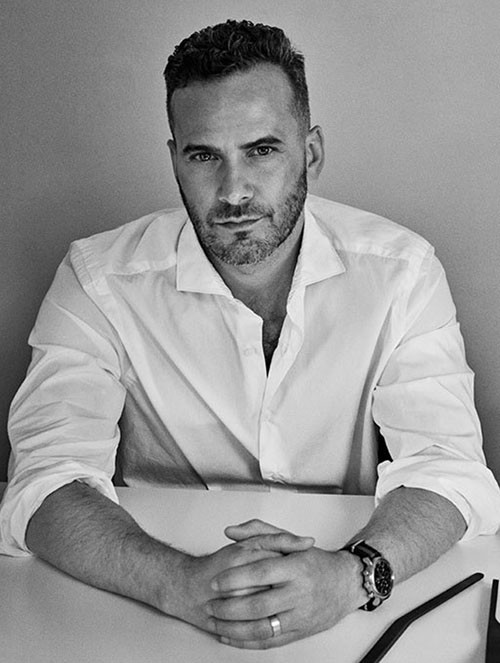 Lecture title: "The Power of Becoming an Amateur"

A designer, entrepreneur, inventor, and creative director, Joe Doucet is one of the most sought-after creative talents in America today. Graduating from Art Center College of Design, Doucet quickly began exploring his vision into product, furniture, environment, and technology to find solutions for daily and societal challenges through design.

Doucet’s work has been exhibited globally, including the London Design Museum and the Biennale International Design in Saint-Etienne. He has received numerous awards, including a World Technology Award for Design Innovation and multiple Good Design Awards. He was also named the only ever AvantGuardian for Design by Surface Magazine.

Doucet was named the 2017 Winner of the Smithsonian Cooper-Hewitt National Design Award as Product Designer - the highest honor in his field. Doucet is based in Brooklyn, New York, and holds numerous patents for his designs.