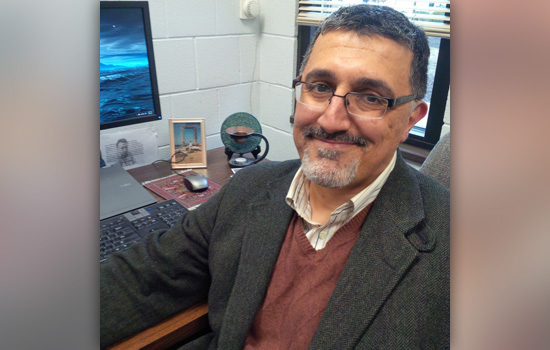 More than 1,500 academics from around the world have signed an open letter asking world leaders and delegates to the upcoming United Nations Climate Conference in Paris to take vigorous action now in order to avoid a future of catastrophic global warming.

The letter was initiated by Lawrence Torcello, an assistant professor of philosophy at Rochester Institute of Technology, in conjunction with Australian philosopher Keith Horton, and other colleagues in Australia.

“I am passionate about the topic. This is the moral issue of our time and the greatest challenge humanity has yet faced,” Torcello said.

Support for the letter is being sought until Nov. 30, when the conference begins.

“The leaders of the industrialized world shoulder a grave responsibility for the consequences of our current and past carbon emissions,” the letter says.

“We undersigned concerned academics, researchers and scientists from around the world recognize the seriousness of our environmental situation and the special responsibility we owe to our communities, future generations and our fellow species,” the letter continues. “We will strive to meet that responsibility in our educational and communicative endeavors. We call upon our leaders to do what is necessary to prevent catastrophic climate change. With just as much urgency, we call upon our fellow citizens to hold their leaders responsible for vigorously addressing global warming.”

The letter warns of catastrophic climate change unless vigorous preventative measures are taken now, and points out that the current pledges being made by world leaders ahead of the Paris conference are not enough to prevent dangerous levels of global warning even if met.

“This letter makes a clear statement that acting aggressively now to prevent catastrophic global warming is the ethical responsibility of our global leaders, and that citizens must hold them accountable,” Torcello said. “The letter’s message has been widely embraced by professional ethicists and philosophers worldwide.”

He said scientists agree that a limit of 3.6 degrees Fahrenheit above preindustrial levels (between the years 1750 and 1849) is the maximum temperature limit we can risk to avoid catastrophic climate change. Vigorous actions are necessary immediately to avoid that threshold.

As of now, the world’s global temperature has increased 1.6 degrees since preindustrial levels. If it were possible to stop emitting all greenhouse gases today, the world would continue to warm another 1.1 degrees before stabilizing, Torcello said.

If no change is made, that 3.6-degree average increase will occur around 2036. Already, as glacial ice continues to melt, another three to six feet of sea level rise will displace millions of people by the end of this century, he said.

Climate change will contribute to more frequent heat waves, wildfires, droughts, crop failures and related loss of life, he said, while expanding the range of agricultural pests and tropical diseases.

Torcello said the letter will remain open for endorsement for academics to sign through the end of November.